U.S. Chamber of Commerce Foundation / Will America Get Serious About Education?
General Foundation
May 2, 2014

Will America Get Serious About Education? 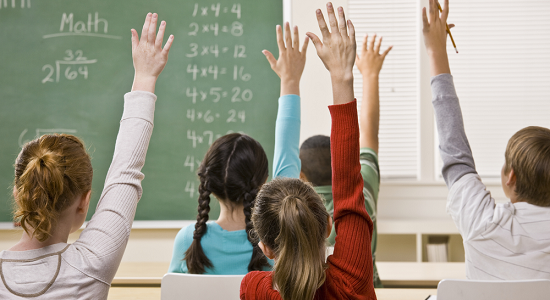 Zakaria cites the success of the East Asian nations during the 1980s as evidence: “India and Brazil had extremely high tax rates in the 1970s and 1980s without creating broadly shared growth. East Asian countries, by contrast, with high literacy rates and an increasingly skilled workforce, managed to achieve both growth and relative equity.”

Zakaria refers to the latest Organization for Economic Co-operation and Development (OECD) report on adult skills in wealthy countries to paint a grim picture of the United States.

“Thirty-six million American adults have low skills. And these are not just older workers. In two of the three categories tested, numeracy and technological proficiency, young Americans who are on the cusp of entering the workforce—ages 16 to 24—rank last.”

So what exactly does this mean?

Zakaria writes, “Scoring well on these tests turns out to be directly related to jobs, rising wages and productivity, good health, and even civic participation and political engagement.”

As we have said before, it’s not that our education system is getting worse necessarily; it’s that other nations have caught up and are surpassing us. To remain a contender in a globally competitive economy, our education and workforce training systems must improve.

Sadly, Zakaria believes that there are no signs of improvement on the horizon, especially since the the Common Core State Standards have become so politically toxic on both sides of the aisle.

“The backlash against the Common Core — a set of national standards agreed to by governors — is a tragic example. Parents raised on a culture of low standards and high self-esteem are outraged that the tests show that many American schools are not teaching their children enough.”

To best prepare our students for their futures—and save our standing as a global competitor—we need to take a hard look in the mirror and get serious about education.

Otherwise, the worst is yet to come.