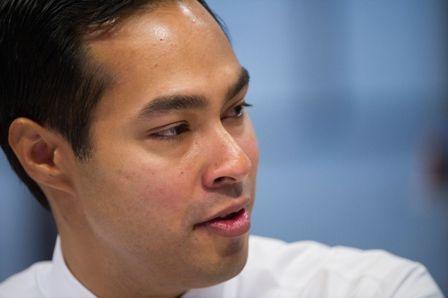 San Antonio mayor, Julian Castro, was recently interviewed by the National Journal regarding the economy, improving education, and the need to close the ‘skills gap.’ The two-term mayor and keynote speaker at the 2012 Democratic National Convention has a clear understanding that a skilled workforce is key to economic growth and education is vital to creating that workforce.

The mayor also understands that the business community in San Antonio is no longer just competing with other businesses in Texas, or the rest of the country for that matter. We now live in a global economy, which means a global race for talent.

Commenting on what he wants to do moving forward, Mayor Castro said,

“The number one priority is to create brainpower and skills. You know, I’ve said a million times that brainpower is the new currency of success in the 21st century global economy.”

The ‘skills gap’ that faces the nation is partially responsible for the more than 3.5 million jobs that remain unfilled all across the country. The mayor said,

“What we’re going to focus on--in 2013 and in the coming years--is closing the skills gap that exists in just about every community between what employers need and the pipeline that’s being produced. We want to ensure that whether it’s Toyota, or Lockheed Martin, or Boeing or Rackspace, that employers find people that have the skills to fill those jobs.”

Mayor Castro is also a big supporter of vocational training for those who a 4-year post-secondary degree is not a reality. Additionally, the mayor championed a Pre-K ballot initiative that expanded access to pre-kindergarten education for poor and middle-class children.

This type of vision and commitment from the mayor is not only good for children; it’s good for business, too.

Mark D'Alessio is Manager of Communications for ICW.

A Snapshot of Employer Interest in Early Education in Iowa
Accelerating Childcare Solutions in Oregon
Building Bridges: Creating Strong Partnerships for Early Childhood Education
This form needs Javascript to display, which your browser doesn't support. Sign up here instead