U.S. Chamber of Commerce Foundation / What Education Can Learn from the NFL
Center for Education and Workforce
October 2, 2012

What Education Can Learn from the NFL 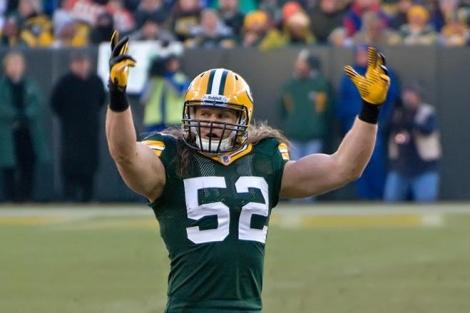 What was the sticking point in negotiations? Pensions. The referees wanted their pension program to continue status quo. Particularly, they wanted to protect veteran officials who had negotiated for the pensions in previous collective bargaining agreements, and probably gave up something significant to get them. That’s not an especially unfair or unreasonable bargaining position.

The NFL saw pensions as a threat to long-term financial sustainability. Just because they’re ridiculously profitable today, it’s no guarantee that they’ll always be this flush with cash. They’re probably right to take such an approach—a good look in Detroit’s direction or the airline industry and one can easily see why.

Ultimately, the league and the referees came to a compromise (a shocking conclusion these days, to be sure). The pension continues for current officials through 2016 before it is frozen. The NFL's preferred defined contribution plan (401k) will be in effect for new officials and all officials—excluding those with 20 or more years of service—after 2016. In other words, the league accepted a bit of short-term pain in order to ensure long-term viability. And the NFLRA managed to protect its existing members while conceding a bit (but not entirely) for future generations. Both sides could legitimately claim victory, and the ordeal was over.

Pensions aren’t just a private-sector issue, of course, as they greatly impact the ability to fund public education. As I brought up recently, it’s likely a major factor in the decision (a word that’s carefully selected here) of institutions to keep raising tuition. It also eats up a significant chunk of new funding for K–12 education, making it difficult for struggling schools to apply the funding towards actual, necessary school improvements. But K–12 education can’t simply snap its fingers and raise more money to make up for the shortfall—a disadvantage that higher education doesn’t have to deal with. Colleges can raise tuition, solicit alumni donations, admit higher rates of more lucrative out-of-state students, and take other actions as it sees fit.

Some would have you believe that skyrocketing tuition rates are a naturally occurring phenomenon. They refer to it as a “correlation” between sagging state appropriations and increases in tuition. But we all know it’s not something that just happens on its own. It’s something voted upon by a board of trustees or determined by some other custodians of the institution. Raising tuition is a decision. Just because it’s done in response to the actions of their state’s legislature doesn’t change the fact that this is how they chose to respond.

That’s an important distinction to make, because it’s equally a decision of these institutions not to do what is necessary to rein in spending. The NFL could have theoretically kept raising prices on fans, not rocked the boat, and kept the status quo—just as colleges are doing in passing on these costs to students—but that path was unsustainable. Eventually, the costs would become too high and fans would stop patronizing the league. The NFL’s commissioner, Roger Goodell, took a lot of criticism for his handling of this labor dispute, but he and the owners took the more difficult and more painful road now, rather than facing a potentially fatal decision in the future.

Education is going to learn—very quickly—just how fatal those decisions might be. Students cannot possibly continue to pay more tuition each year. Eventually, more and more students will simply choose to not go to college. Or worse, student loan default rates will cause the system to crumble upon itself under the weight of debt. Most likely, both will occur, and the consequences for our nation will be dire.

Without question, pensions are a tricky issue to tackle. Just as with the NFL referees, education faculty members gave up some other form of compensation over the years to earn those nest eggs. Maybe it was a bad deal, but it was a deal signed by both parties, and should be honored. But that doesn’t mean colleges or K–12 districts have to keep making the same bad deal over and over again. Eventually, education is going to have to learn a lesson from the NFL, make a tough decision, swallow a bit of short-term pain (both financially and in public relations), and find a compromise that keeps students in school without bankrupting the nation.

Domenic Giandomenico is Director of Education and Workforce Programs at ICW.

Re-imagining our Child Care System
Childcare Collaboration: Foundational Support for the Workforce of Tomorrow
Local School Boards and the Business Community: An Invitation to Engage

05/20/21
Childcare Collaboration: Foundational Support for the Workforce of Tomorrow