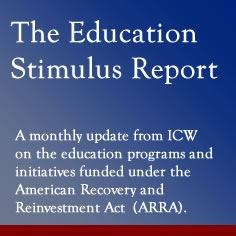 Stimulus Funding Can Save Jobs AND Reform America’s Education System

Public education in America is at a crossroads. One road is paved with States and localities strapped for cash and unable to keep current levels of teachers and other staff due to the financial crisis. The other road, while unfortunately a road less often travelled, leads to a public education system that must reinvent itself through promising approaches like charter schools, teacher performance pay, and using innovative ways to measure and track student, educator, and school performance. Policy makers in Washington have been working for decades to pass legislation that puts American education on the road to reform, and have produced a number of important, if modest, improvements in national education policy.

But all of these previous efforts pale in comparison to the $100 billion in Federal stimulus funding provided by the American Reinvestment and Recovery Act (AARA) that was signed into law by President Obama on February 17, 2009.  ARRA contains extra funding for existing programs (Title I, Special Education, Pell Grants), creates huge new programs to help starve off State and local budget cuts (the State Fiscal Stabilization Funds), and creates whole new funding streams designed to spur education reform (Race to the Top and Investing in Innovation grants).  In terms of Federal education law, there has never been a piece of legislation quite like this one in terms of size, scope, and ambition.

The question is, though, why should business and community leaders interested in education policy care about the ARRA? Here’s why: jobs and reform. The great promise of the ARRA was that providing an unprecedented infusion of Federal aid could both save jobs -- teachers, principals and others -- and  jumpstart education reform efforts in America’s lowest performing schools. In other words, as American education finds itself at a crossroads, ARRA attempts to lead the nation down both the fiscal salvation and the education reform roads.

ARRA appears to be making progress in its goal of staving off job cuts, but its attempt to stimulate reform has yet to produce measurable results. According to claims made by the Obama Administration (see this newsletter article), the early data shows that of the 640,239 jobs created or saved by the passage of ARRA, 325,000, or more than half, were jobs in education that States and School Districts claim were saved when stimulus money prevented layoffs. So, while many dispute the exact number of jobs saved, it does seem clear that ARRA has helped to prevent thousands of education job cuts.

But, what about reform? As part of the State Stabilization fund, by far the largest source of education funding in the stimulus bill, every State Governor agreed to make several “assurances” about how they plan to use these funds to improve education in their states. These assurances, strongly supported by business, focus on improving teacher effectiveness; establishing enhanced data systems; turning around low performing schools; and implementing high quality academic standards and assessments.”

However, these assurances are by no means a guarantee that States will follow through with these reforms.  To help sweeten the pot, the $4 billion Race to the Top fund will be limited to those States that not only have an approved Phase II SFSF application, but that are able to demonstrate the greatest commitment to these reforms.

The bottom line is that education reform is indeed possible under ARRA. It is the mission of the Education Stimulus Report to keep business leaders and other education reform stakeholders informed about this law.  By highlighting the many ways to be involved at the state and local levels, there is the true opportunity for ARRA to drive us down the road to reform.