President Obama Champions Education at the U.S. Chamber of Commerce 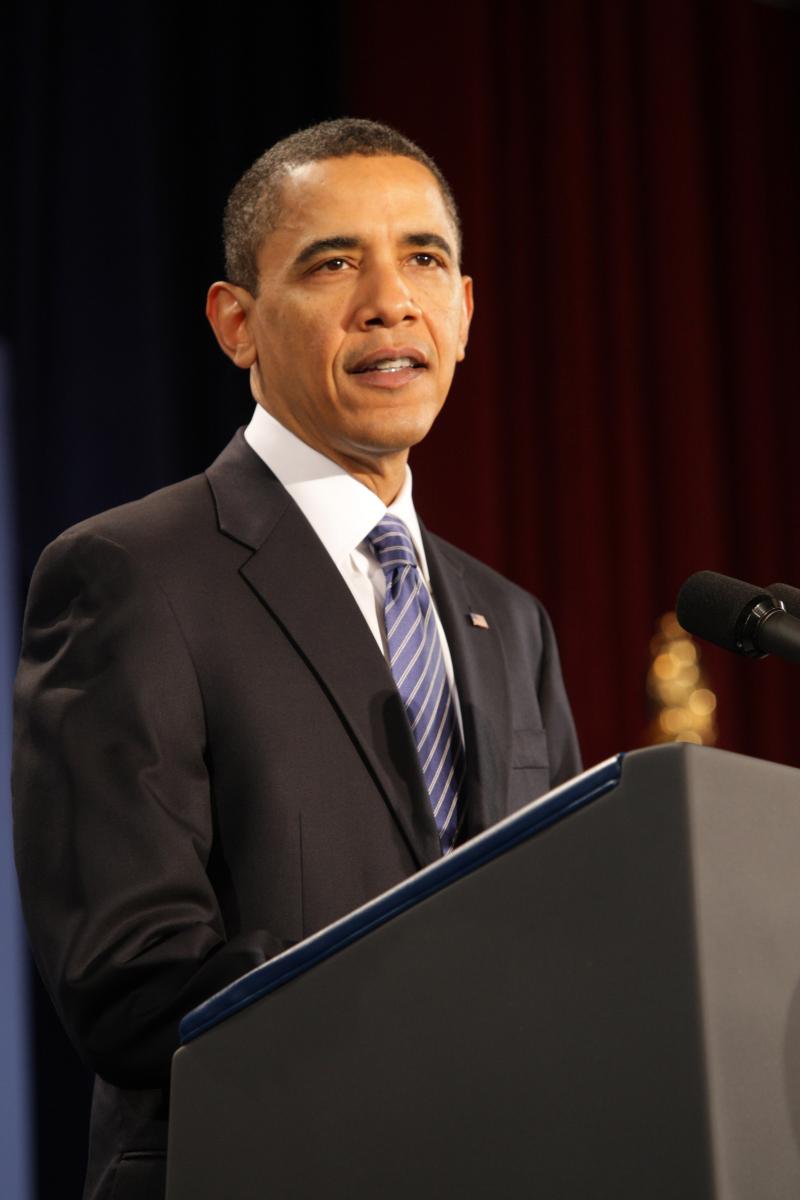 On March 1, 2010, President Barack Obama was joined by Secretary of Education Arne Duncan and General Colin Powell and his wife, Alma Powell at the U.S. Chamber of Commerce to announced new efforts to help reduce dropout rates and prepare students for college and careers. America’s Promise Alliance has spearheaded a new initiative called GradNation – a 10-year campaign to rejuvenate the nation’s efforts to decrease calamitous dropout rates and ensure our children graduate with the skills they need to succeed in college and beyond. In his speech, President Obama challenged states to identify low-performing schools with graduation rates lower than 60% and to implement drastic measures to improve them. He suggested strategies such as, “transforming schools from top to bottom by bringing in a new principal, and training teachers to use more effective techniques in the classroom.” He also recognized that in certain cases, “closing a school for a time and reopening it under new management, or even shutting it down entirely and sending its students to a better school” could be the best way of addressing a chronically low-performing school.

The U.S. Chamber, along with the Business Roundtable, is leading an effort to strengthen the business community’s voice on these important reform-minded principles. Through their Business Coalition for Student Achievement (BCSA), co-chaired by Ed Rust of State Farm, Bill Green of Accenture, and Craig Barret of Intel, they have recently released a set of recommendations for the reauthorization of ESEA. If you are interested in becoming a member of the BCSA, learn more about the Coalition and its requirements for joining online.

Watch the video of President Obama’s speech at the U.S. Chamber of Commerce on the White House website. The transcript is available as well.