WASHINGTON, D.C. (February 28, 2020) – The U.S. Chamber of Commerce Foundation today released a new report examining the impact of childcare issues on Iowa’s state economy. The report is part of a broader “Untapped Potential” study of four U.S. states – Idaho, Iowa, Mississippi, and Pennsylvania – that reveals the cost of childcare challenges and opportunities to unlock economic potential for states and employers.

The study found that Iowa misses an estimated $935 million annually for the state’s economy. This number includes $153 million annual loss in tax revenue as well as an annual loss to Iowa’s employers of $781 million on absences and employee turnover as a result of childcare breakdowns.

According to Jillian Herink, executive director of the Iowa Association for the Education of Young Children, “Iowa has one of the highest percentages of working parents and at the same time is losing childcare providers at an alarming rate.”

“This report demonstrates the significant impact that childcare has on both families and employers across the state of Iowa,” said Mike Ralston, president of the Iowa Association of Business and Industry. “We will continue to work with local employers to address childcare challenges and create solutions for Iowa’s workforce of today and tomorrow.”

“Each state's challenges are unique–as are their childcare systems, and the diversity of their employers–so the solutions that tackle these challenges must be unique as well,” said Cheryl Oldham, senior vice president of the U.S. Chamber of Commerce Foundation’s Center for Education and Workforce. “To solve this complex issue, it will take a collaboration of partners, including federal and state investment, support from the business community, philanthropic organizations, and expertise from early education advocates and providers.”

The report was unveiled as part of a series of economic studies of Iowa, Idaho, Mississippi, and Pennsylvania at the U.S. Chamber of Commerce Foundation’s national Early Ed Summit at the Chamber of Commerce in Washington, D.C. The Summit hosted workforce leaders and early education advocates to discuss the economic impact of childcare breakdowns, unique challenges faced by each state, and the role of business in solving this childcare crisis.

To access the full reports, videos, report methodology, and other resources, visit: uschamberfoundation.org/UntappedPotential

About the U.S. Chamber Foundation
The U.S. Chamber of Commerce Foundation is dedicated to strengthening America’s long-term competitiveness. We educate the public on the conditions necessary for business and communities to thrive, how business positively impacts communities, and emerging issues and creative solutions that will shape the future. 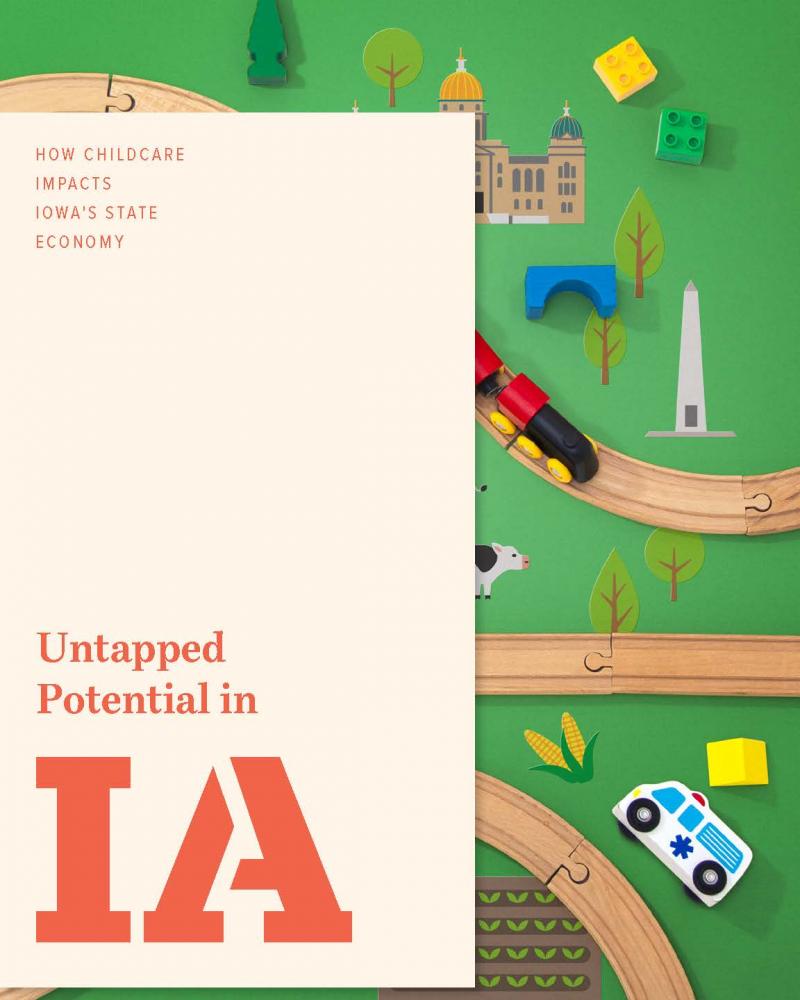