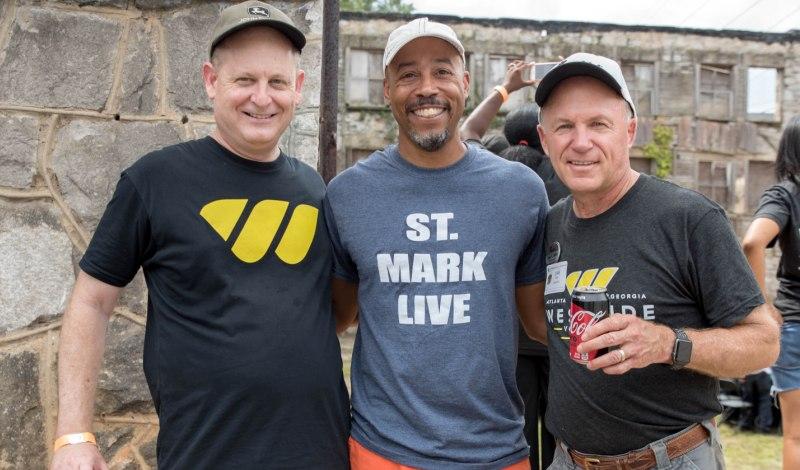 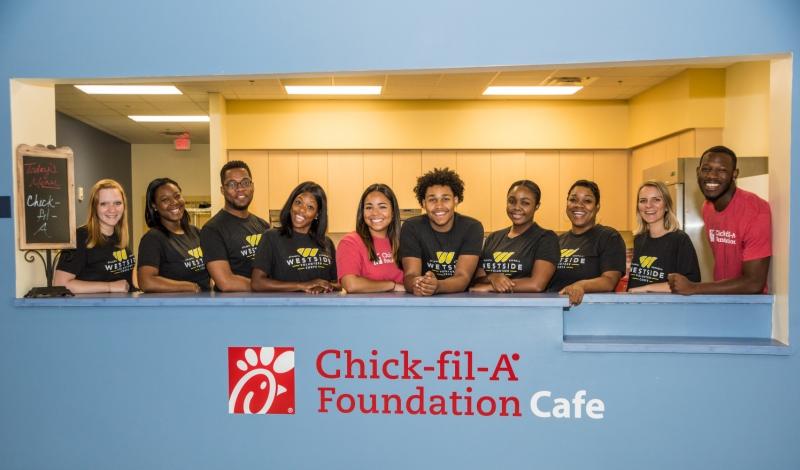 One of the things I love about Atlanta, Chick-fil-A’s hometown, is that it’s a city of neighborhoods—each with its own unique history, character, and charm.

The neighborhoods nestled on the Westside of Atlanta—English Avenue, Vine City, Ashview Heights, and Atlanta University Center—hold special historical significance for our nation. This area served as the incubator for the civil rights movement. Martin Luther King, Jr., preached on these streets, and some of the country’s most prestigious black colleges and universities are located here today.

This culturally rich part of Atlanta has fallen on hard times in recent years, and many families are living below the federal poverty line.

In August, the new state-of-the-art Mercedes-Benz Stadium opened on the border of Atlanta’s Westside. With it has come renewed economic potential for these historic neighborhoods.

However, that’s not necessarily good news for the families who call the Westside home. For many, they’ve seen and heard this story before. They’ve watched as other low-income neighborhoods in Atlanta and cities across the U.S. have become gentrified, pricing out long-time residents and altering the cultural landscape of the community.

No family should be a by-product of a city’s success story. But, without an organized, people-focused effort that aligns the business, civic, and non-profit communities, that’s exactly what can happen.

That’s why, in December 2014, the Westside Future Fund was established. Recognizing the potential for long-term growth inequity on the Westside, Atlanta Mayor Kasim Reed committed to fostering transformational change through a collaborative approach with the city’s philanthropic and corporate leaders.

Along with the City of Atlanta and The Arthur M. Blank Family Foundation, Chick-fil-A and the Chick-fil-A Foundation cemented this commitment in early 2015 through significant capital investments and leadership resources. Many other major Atlanta-based companies followed suit and made foundation-setting contributions—including Delta Air Lines, UPS, SunTrust, Georgia Power, The Home Depot, The Coca-Cola Company, Equifax, and Cox Enterprises.

Today, after studying other community revitalization efforts and becoming embedded within the Westside community itself, the Westside Future Fund has identified and developed plans for four focus areas: safety and security, cradle-to-career education, health and wellness, and mixed-income communities.

While they serve as the backbone coordinating the collective effort across these four focus areas, the Westside Future Fund relies on its host of cross-sector partners to step up and provide the leadership, investment and resources needed to enact real, lasting change.

That’s where corporations and corporate foundations can play a transformational role. Thanks to the leadership of Dan Cathy, Chick-fil-A’s Chairman and CEO, we have been proud to stand alongside Arthur M. Blank and the Westside Future Fund since Day 1, and we continue to invest so the children and families who live in these historic neighborhoods are afforded every opportunity to grow and thrive. In fact, Vine City will soon be home to the community’s first Chick-fil-A. Led by local Operator Quincy Springs, the restaurant will not only contribute to the economic development of the area, but will create 70 new full- and part-time job opportunities for residents.

Every corporation has a hometown, and every hometown has neighborhood in need of revitalization. What’s your Westside?

You can learn more about Chick-fil-A’s efforts at the U.S. Chamber Foundation’s Corporate Citizenship Conference in Washington, D.C. I will be joining other thought leaders in a panel discussion called Rebuilding a Neighborhood, Restoring Opportunity on Wednesday, November 15.