Brazilian Companies and Favela Entrepreneurs: A Story of Financial Inclusion

Images of Rio de Janeiro’s favelas are almost as synonymous with the city as its famed beachfronts and mountainscapes. Rio’s favelas are visually shocking for their proximity to extreme wealth – at times a mere street’s breadth away, and their extremely violent reputations, made infamous in the film “City of God.” The favelas' reputations are so infamous that in 1996 Michael Jackson traveled to the Santa Marta favela in Botafogoto to film the music video for his controversial “They Don’t Care About Us” social protest song. The video featured many favela residents as extras participating in a pounding anthem expressing the frustration of being forgotten by government and society at large in their suffering and poverty.

The favelas' tumultuous relationship with the state and the city of Rio de Janeiro has improved immensely over the past few years, in large part due to government pacification projects. 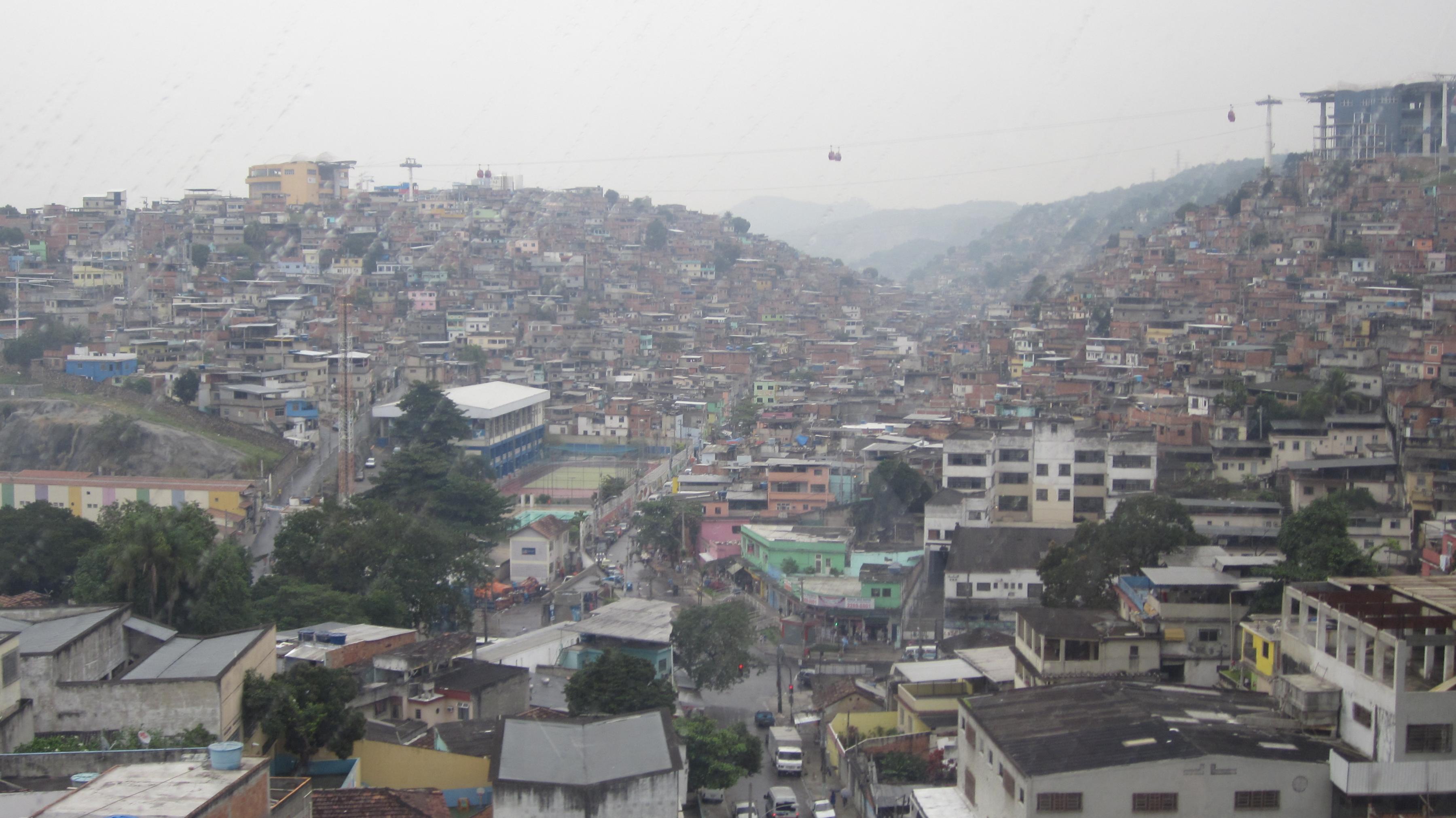 I had the privilege of joining a business delegation to visit Alemao, formerly known as one of Rio’s most violent favelas.

While in Rio recently, I had the privilege of joining a business delegation to visit Alemao, formerly known as one of Rio’s most violent favelas. We traveled to Alemao to meet with entrepreneurs who, through microfinance partnerships with Itau, Santander, and Banco do Brasil, were able to expand their businesses and provide for their families -- in some cases creating jobs for others outside their family, and in all cases providing valuable services and products for their communities.

We primarily traveled through Alemao via their gondola-like transport system that soars over the sprawling favela.  While taking in the immensity of favela -- in some places extending as far as the eye can see in every direction -- for an instant the situation seemed too massive, too complicated, and too hopeless for change, and I wondered what kind of impact business can make in a place like this. Then I met the entrepreneurs.

I wondered what kind of impact business can make in a place like this. Then I met the entrepreneurs. 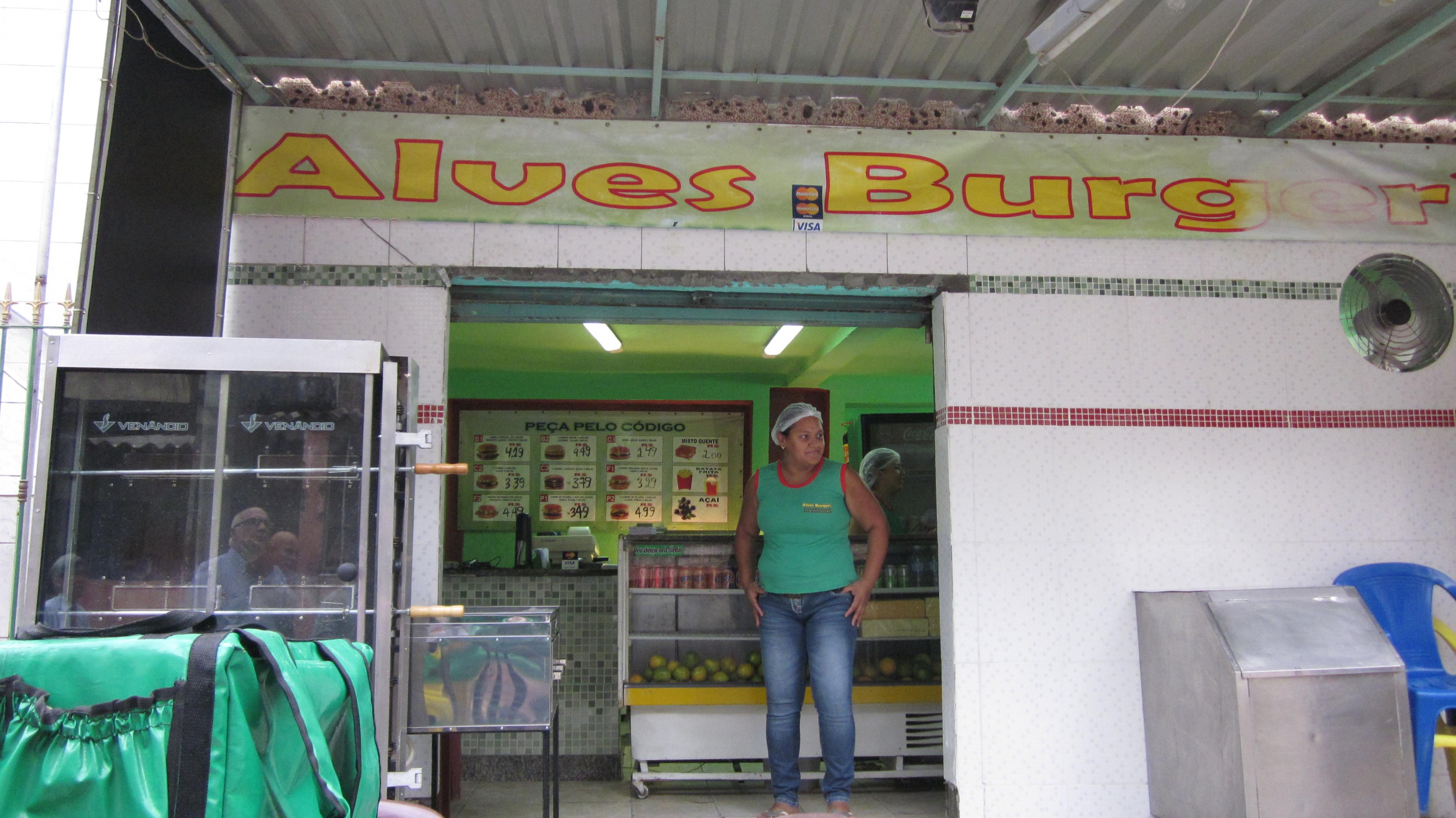 We began our visit at Banco Santander’s Alemao location, which employs several individuals from the Alemao community and provides general banking services to the community in addition to microfinance services for entrepreneurs. Santander’s employees proudly showed us the classroom where they teach community members the basics of managing finances and then escorted us to meet the Alves family. The Alves family, owners of Alves Burgers, received a microcredit loan from Banco Santander enabling them to purchase restaurant-quality kitchen equipment from a Burger King. The Alves family takes great pride in serving their community the best burgers in the favela (I'll vouch for them, the burgers are delicious!), even offering delivery service. Their restaurant employs the entire family. 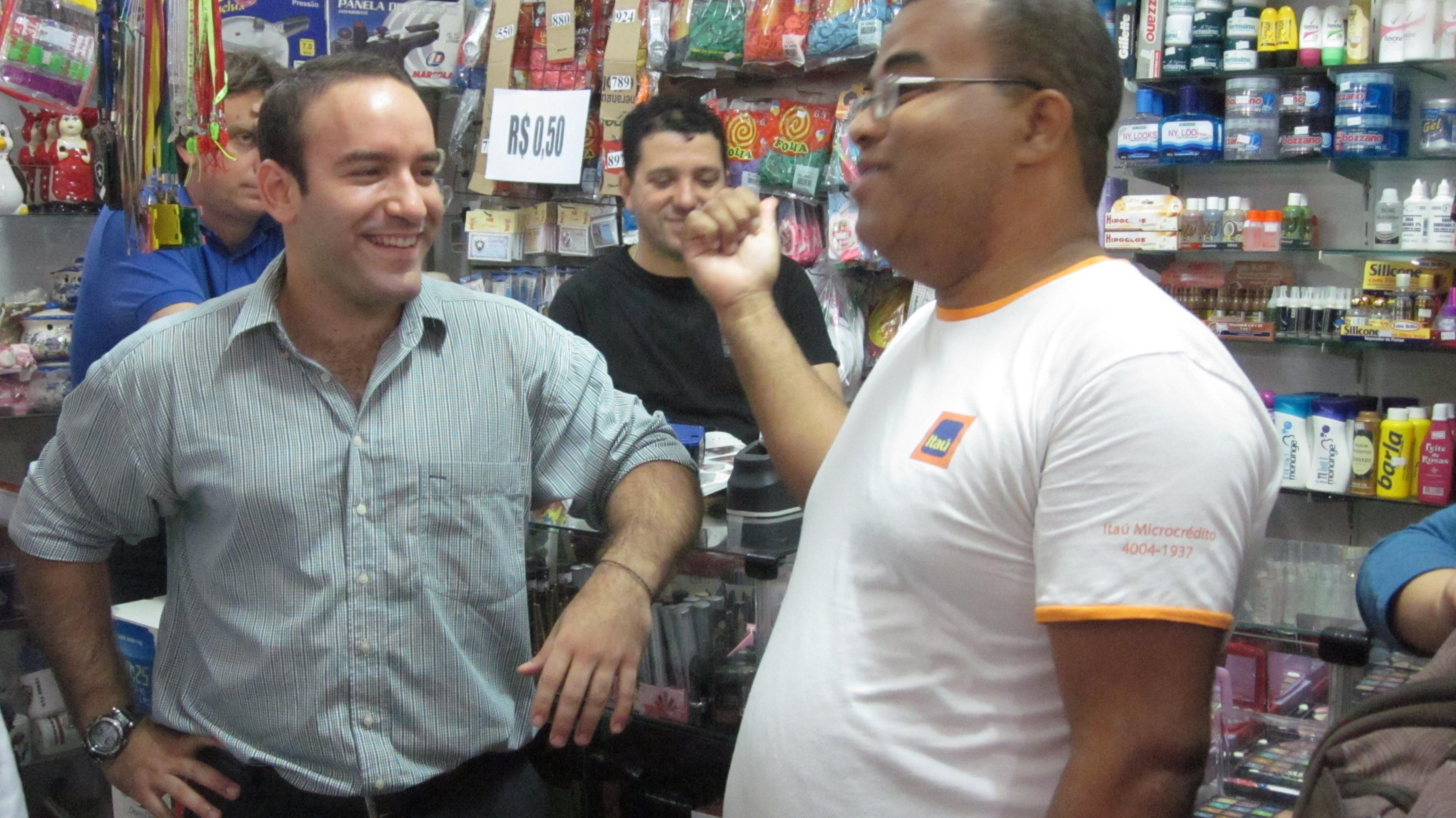 Next, we traveled across town to visit a shop whose owner received a microfinance loan from Itau Unibanco. This microfinance loan enabled him to expand his store several times and to provide the community with the goods they need, stocking everything from children’s toys to basic medicines and hygiene items – almost comparable to Family Dollar Store in the United States. Itau loan representatives build such strong personal relationships with their clients that they are often considered part of the client's family. The loan representative pictured here told me that he is often invited to family birthdays and baptisms.

Itau loan representatives build such strong personal relationships with their clients that they are often considered part of the client's family. 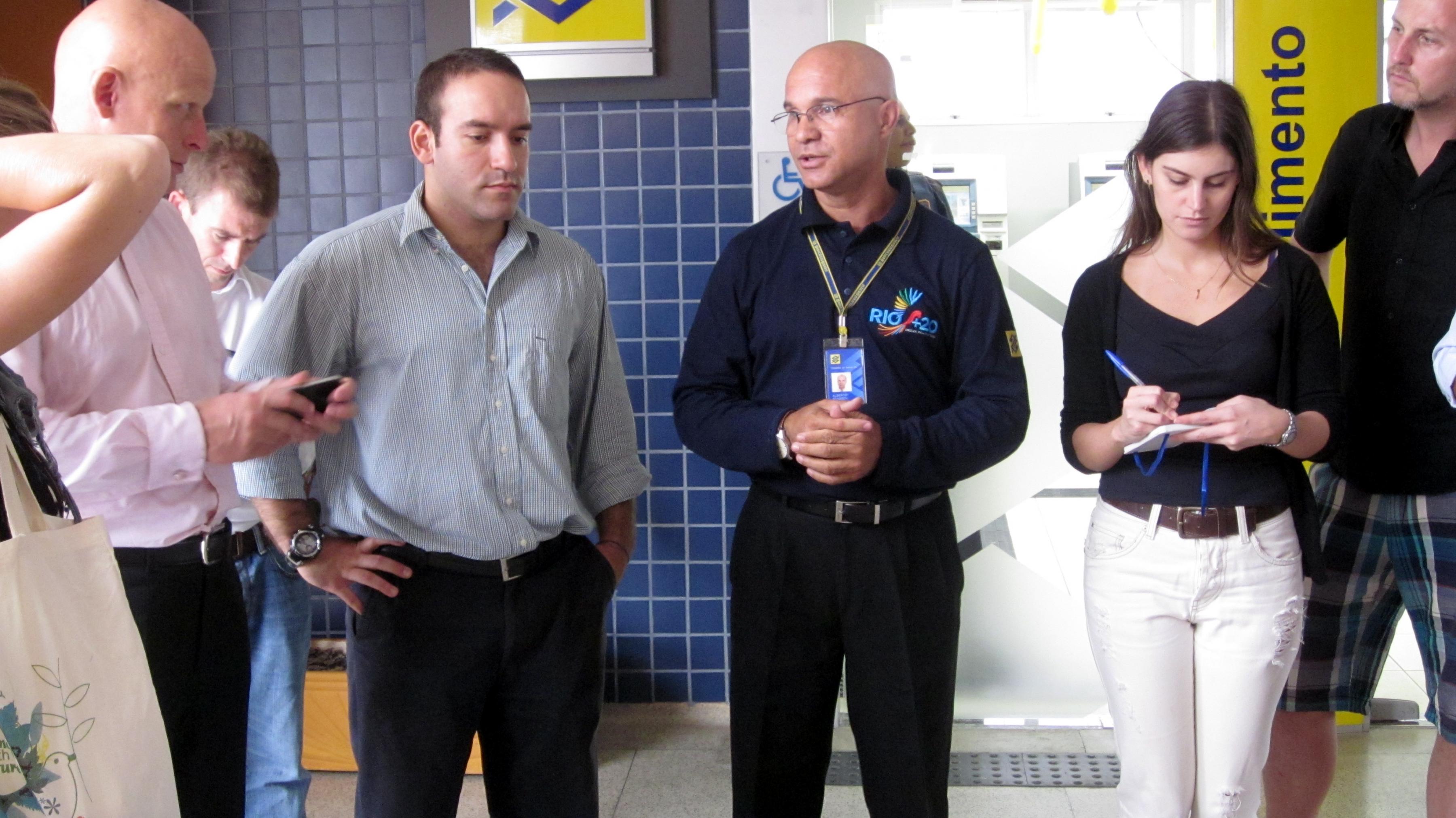 Banco do Brasil was our last stop of the day. There, we met Alberto Stassen, General Manager of the Alemao branch. Alberto described the company's unique long-term development strategy that drives its business model in communities like Alemao. Banco do Brasil has locations across the country offering traditional banking services; however, its microfinance operations are a considered a separate line of business that Banco do Brasil views as its investment in the long-term development of its communities. This enables the bank to charge rates well below those of the competition, between .6 and .9%.

This model only works because the bank considers itself to be FOR the community not just IN communities.

Alberto explained that this model only works because the bank considers itself to be FOR the community not just IN communities like Alamao and plans to be engaged in the community long-term. Applied over time, these profit margins are feasible for their business. Banco do Brasil took us to meet one of their clients, a woman who runs Coopcal Reciclagem, a recycling cooperative. 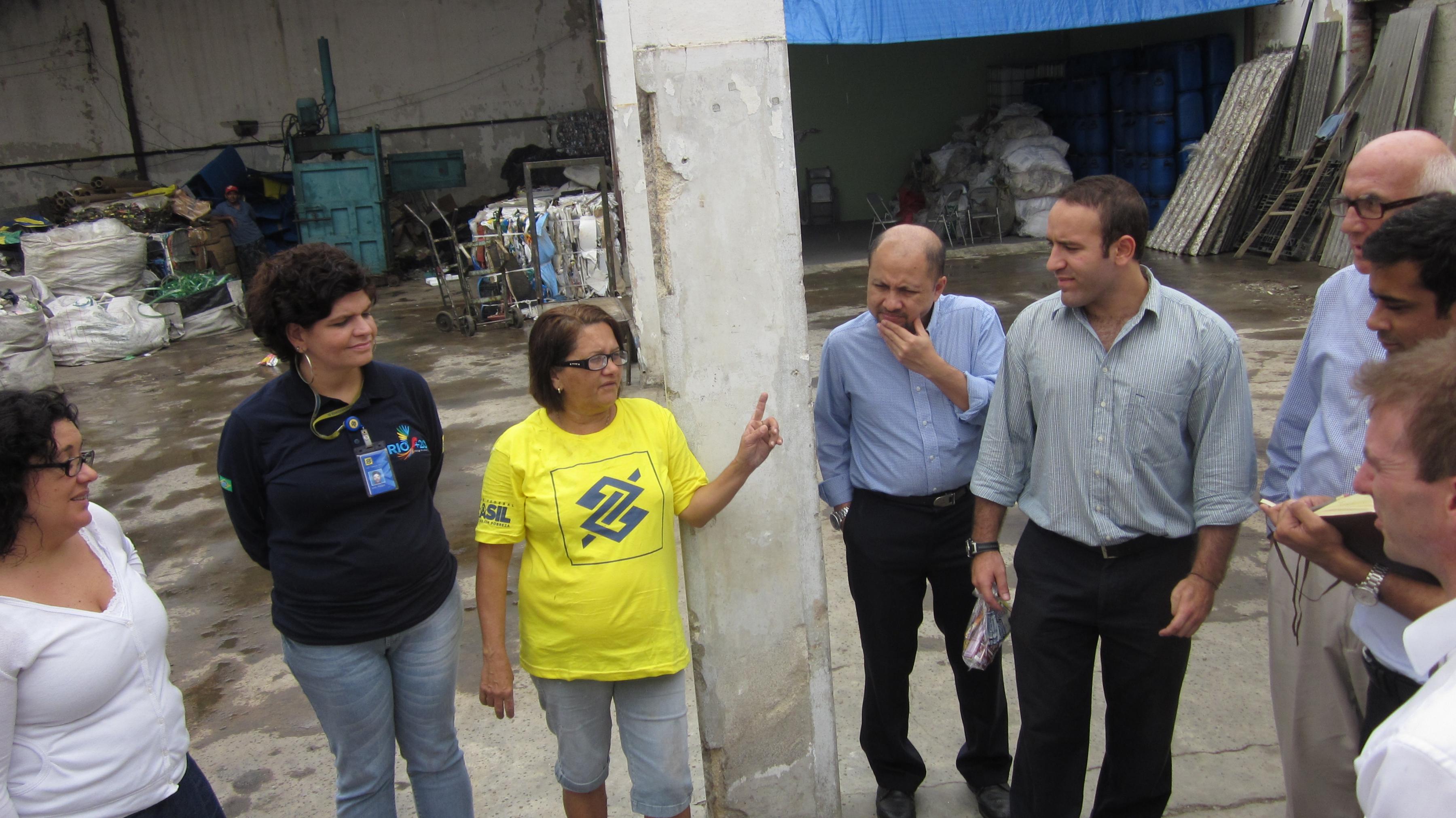 The co-op members are primarily women who have deals with businesses all over Rio to have their trash delivered to the cooperative where the co-op members sort and bundle the recyclables and then sell them to industry to be recycled at a profit.  This entrepreneur was, for me, one of the most inspiring people I met in Rio! To look at trash and see opportunity requires vision and she’s got vision in abundance.

The development impact of small and large businesses in partnership are creating opportunity.

Together these stories of entrepreneurs and their business partners in the favela of Alemao tell a very different story than the one told in Michel Jackson told in his music video 16 years ago. The development impact of small and large businesses in partnership are creating opportunity where the average person would say there isn’t any and creating shared value with communities that previously were dismissed as valueless – and reminding people that somone does in fact care about them.