Flag on side of building.jpg 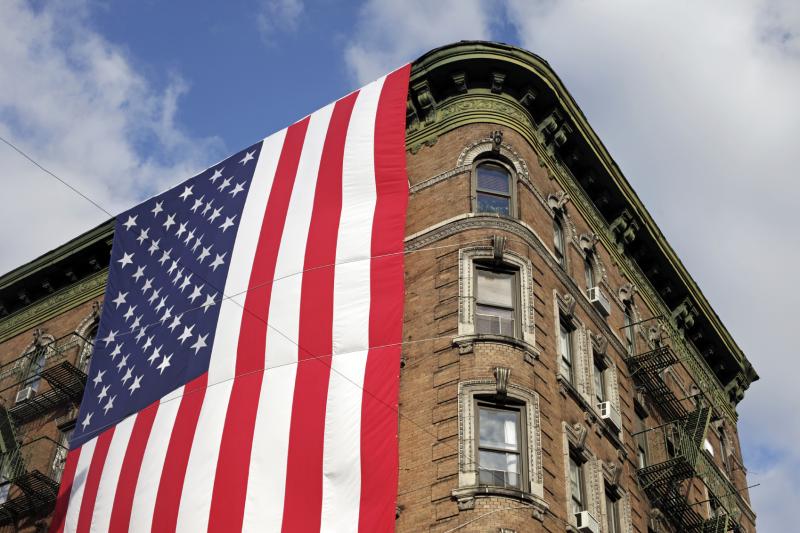 In the middle of an anemic economic recovery, many of us are looking for something to kick-start U.S. economic growth. If we want to learn from history, here’s an idea: Look to America’s military veterans. Veterans saved the economy before, and they can do it again. And even though capital is tight, today’s veterans have a secret weapon.

Surveys show that military service is one of the strongest predictors of business ownership. Military veterans make up only 6% of the U.S. population but nearly 15% of business owners, and these businesses produce a whopping $1.6 trillion in annual receipts and employ 8.2 million Americans.

2. Veterans have done this before.

Following WWII when our grandparents, the “Greatest Generation,” turned their swords into plowshares, the economy boomed. During that period, nearly half (49.7%) of WWII veterans started or owned their own business, and America enjoyed an economic golden age.

3. A new generation has arrived.

Fast-forward 60 years. My generation is filled with talented would-be business owners leaving active duty. About 2.5 million of us served in Iraq and Afghanistan. More than 200,000 military members transition into civilian life each year, and an additional 600,000 will exit the military by 2016. I count myself as a proud member of the growing, vibrant, and diverse movement of veteran-entrepreneurs (or “Vetrepreneurs”).

However, there’s a problem. Access to capital is not what is used to be. After WWII, American small businesses had access to capital through many banks, of all shapes and sizes, with many of the small and community banks committed to the success of their local business customers. By contrast, my generation of veterans has returned home to a capital landscape as inhospitable as the Afghan countryside. Today, we have half as many banks, and consolidations and regulatory burdens have hit the smallest banks the hardest. What’s worse, according to the Federal Reserve, financial capital has been slowly exiting the small business lending market for over a decade.

Fortunately, veterans have a secret weapon. The Internet. In case you missed it, there is an Internet-fueled capital-raising revolution happening right now. Crowdfunding platforms (such as Kickstarter and Indiegogo) allow thousands of individuals to interact with and collectively fund new projects, artists, and charitable causes. Less interactive, but booming, peer-to-peer lending sites (such as Lending Club and Prosper) allow thousands of people to collectively lend and fund small personal loans anonymously.

Funding directly from individuals over the Internet is slowly complementing traditional financial institutions in some sectors of the economy.

How to Fund a New Generation of Veteran-Owned Businesses

The next generation of peer-funding platforms will be more interactive. Interactive small business-focused lending platforms are emerging, such as StreetShares.com (disclaimer: my company), that harness the power of online lending and combine it with social affinities – all to provide capital to business owners.

Big picture? We are in a unique position to fund and create a new generation of veteran-owned and Main Street small businesses. Let’s use online funding communities to get capital into the hands of entrepreneurs, particularly veterans. Doing so will kick-start the U.S. economy, and create opportunities for investors, businesses, and veterans alike. We might even make our grandparents proud.

© Mark L. Rockefeller, 2014. All Rights Reserved. Many thanks to StreetShares Associate Stuart Spooner for research assistance with this article.