This month we're dedicating a blog series to sharing information about business-led efforts to fight the global HIV/AIDS epidemic. We're looking specifically at corporate workplace programs that help companies and their employees manage the disease.

Chevron became the first energy company to implement an HIV/AIDS policy and program in 2005. The company's fight against HIV/AIDS continues not only through its workplace, but also through its community outreach and initiatives like AIDS Is Going to Lose. Because of its efforts, Chevron won the Global Business Coalition's Business Excellence in the Workplace Award.

To kick off the December series, I interviewed Rhonda I. Zygocki, Executive Vice President of Policy and Planning for Chevron. Let's learn more about the company's workplace fight against the disease:

BCLC: How is your workforce affected by the HIV/AIDS epidemic? 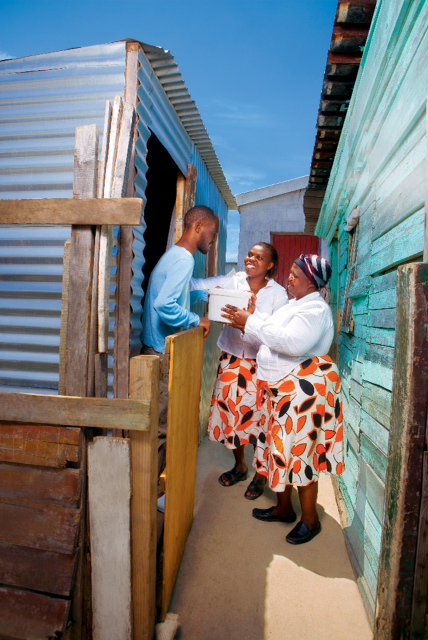 Rhonda Zygocki: Many of the places where our employees live and work -- from San Francisco to Sub-Saharan Africa -- are also the places with the highest prevalence of HIV/AIDS. Around the world, the disease affects our colleagues, friends, families, and communities. That means that while fighting AIDS is not our core business, it is core to the success of our business. When a disease like AIDS threatens your most precious business asset -- your people -- you cannot turn a blind eye. You must act.

BCLC: What workplace programs or policies are in place to help your company and your employees manage the disease?

Zygocki: Chevron has been fighting HIV/AIDS for over 25 years. In 1986, we responded to the fear and misinformation sweeping many workplaces by helping create one of the first workplace videos to educate employees about the disease.

In 2005, we went on to become the first in our industry to implement a global HIV/AIDS policy, which ensures a consistent approach to tackling HIV/AIDS for all Chevron employees. That approach includes awareness and prevention programs, and assures that any employee or dependent suffering from the virus will have access to treatment.

That approach includes awareness and prevention programs, and assures that any employee or dependent suffering from the virus will have access to treatment. 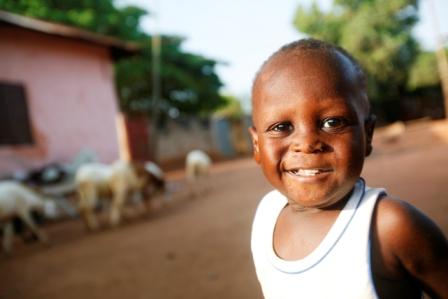 In Angola and Nigeria, the company implements Prevention of Mother-to-Child Transmission (PMTCT) programs through which Chevron clinicians educate employees, establishing a culture that encourages testing and treatment, fights stigma against HIV and provides comprehensive medical care for employees and their qualified dependents.

BCLC: What have these workplace programs or policies achieved?

Zygocki: So far, Chevron has trained 30,000 employees in AIDS awareness and prevention. We’ve made great strides addressing stigmas and obstructive cultural norms, and have taken particular care to foster a culture that battles the fear and ambiguity so often associated with HIV.

We’re very proud of our results: for eight years in Angola and 12 years in Nigeria, Chevron has had no reports of mother-to-child transmission of HIV among employees or their qualified dependents.

We have taken particular care to foster a culture that battles the fear and ambiguity so often associated with HIV.

Our progress inside the company inspired us to step up and support the communities where we operate. In 2008, we became the first Corporate Champion of the Global Fund and invested $30 million, $20 million of which has helped to support HIV/AIDS programs in Nigeria, South Africa, Thailand, and Indonesia.

In 2011, we committed $25 million to the U.S. Fund for the Global Fund to support programs dedicated to fighting HIV/AIDS and reducing mother-to-child transmission of the virus. Last year, we pledged $20 million to the UN’s mission to eliminate mother-to-child HIV transmission by 2015. In conjunction with these plans, in July of this year we announced our latest partnership: a new collaboration with Pact, mothers2mothers, the Business Leadership Council and the Global Fund, dedicated to the elimination of mother-to-child transmission of HIV in Angola, Nigeria, and South Africa.

BCLC: What challenge(s) has your company faced in the workplace effort to fight HIV/AIDS, and how has it been overcome?

Zygocki: Fear and confusion are challenges any individual or organization hoping to combat HIV/AIDS must address. We work to address them internally by educating our employees, cultivating a culture that encourages testing and treatment, and directly addressing stigmas and obstructive social norms associated with the disease.

In Angola, for example, we partnered with Population Services International to create a Knowledge, Attitudes, and Practices survey to determine any specific stigmas our employees associated with HIV/AIDS, and to identify ways to improve education and clarify misconceptions. That survey informed the foundation of our program.

For instance, we found that mothers were afraid to not breastfeed their babies because of cultural norms. As a result, we employ psychologists to work with new mothers and ensure familial pressure isn’t so strong that the mothers could obstruct their treatment by breastfeeding. Nurses complete home visits nearly every day to support the moms, and make sure their babies are receiving formula.

Ultimately, we rely on a corporate culture based on trust and respect, so that our employees know that there are never negative repercussions at work for getting tested and seeking treatment for any disease, including HIV/AIDS.

Ultimately, we rely on a corporate culture based on trust and respect.

Lessons from the Pandemic: Childcare for Essential Workers
Business Leaders Can Help Stop the Spread of Disease This Flu Season
How Forward-Looking Companies Can Address the Signs of Mental Health Decline in the Workplace

07/24/20
In Times of Crisis, Empathy and Compassion are Business Imperatives
Elyse Cohen