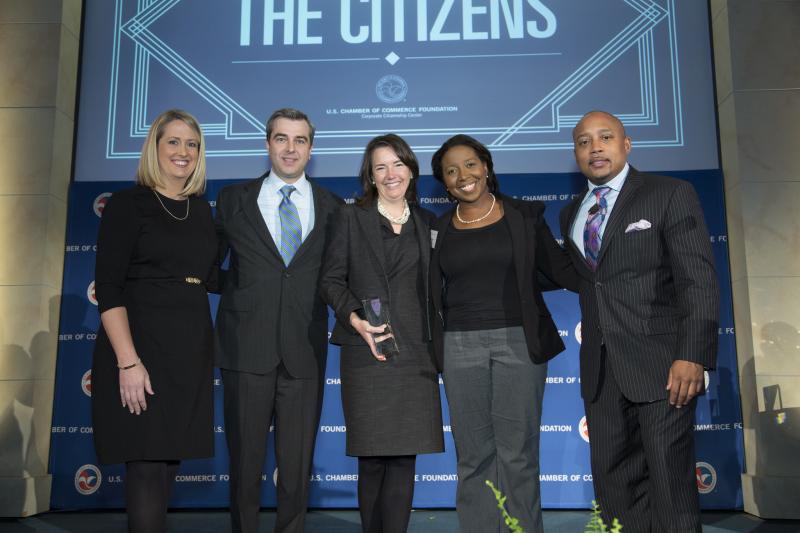 Tweet Facebook
Past Citizens winner Walmart shares tips on why you should apply & how to craft a winning application.

Nomination season for the 2016 Citizens Awards is open! From now until June 3, companies big and small will share how they make the world a better place, and the best nominations will be named finalists in the fall.

But what does it mean to win a Citizens Award? And how do you choose which program to nominate?

Recently, I spoke with Kara Valikai, Senior Manager of the Women's Economic Empowerment program at Walmart. She shared how the company chooses which programs to nominate and provided advice on how to craft a winning Citizens Award nomination.

As a two-time Citizens Award winner, Walmart knows a thing or two about developing a strong nomination.  In 2014, the company won the Best Health and Wellness Program Award for their "Fighting Hunger Together" initiative. They also won the Best Economic Empowerment Program Award in 2013 for their “Empowering Women Together” program.

Learn how Walmart decides which programs to nominate, what it means to win a Citizen Award, and more in our interview below. Also don’t forget to nominate a company for the 2016 Citizens Awards! Nomination period closes June 3!

How did you choose which of your corporate citizenship work to nominate for the Awards?

Walmart nominates programs that we feel exemplify our commitment to using our core business for good and integrate a new or innovative model for CSR. For example, in 2013 our Empowering Women Together (EWT) program was the winner of the Economic Empowerment award. This program offered market access through an online platform on Walmart.com to artisan cooperatives from developing countries such as Tanzania, Kenya, and Nepal. This e-commerce model aimed to break down barriers for small women-owned businesses, using technology to connect them to customers and to the tools essential to serving them. In this way, we nominated a program that offered an innovative model to support women artisans – leveraging our core business.

What do you think made your nomination particularly strong?

One of our strengths has been our ability to deliver high impact results. In 2014 Walmart nominated our “Fighting Hunger Together” campaign. For that nomination, we shared our results of meeting our commitment a year early - giving $260 million in cash and $2.6 billion in in-kind donations.

What did it mean to win a Citizens Awards?

With the Citizens Awards, Walmart competes with best-in-class corporations in CSR, so of course, it means a lot to be distinguished among them for a program that we developed and executed. The Walmart associates and NGO partners, which make up our global CSR teams, put a lot of sweat, energy, and passion into ensuring that we are bringing about the best possible results. It is an honor to be able to relax for a moment and recognize the hard work of our teams. That being said, we learn so much from the other corporations who work in this space. Hearing from all of the Citizens’ nominees and winners is always inspiring.

What advice do you have for those who are submitting nominations for the 2016 Citizens Awards?

For me what makes a CSR program come to life is a story or two about how a person changed because of that program. Often times, when Walmart discusses our CSR programs, we talk about big numbers such as our goal to train 1 million women or source $20 billion USD from women-owned businesses; however, it’s just as important to share how that large program changed the life of one person and what that program meant to him/her.