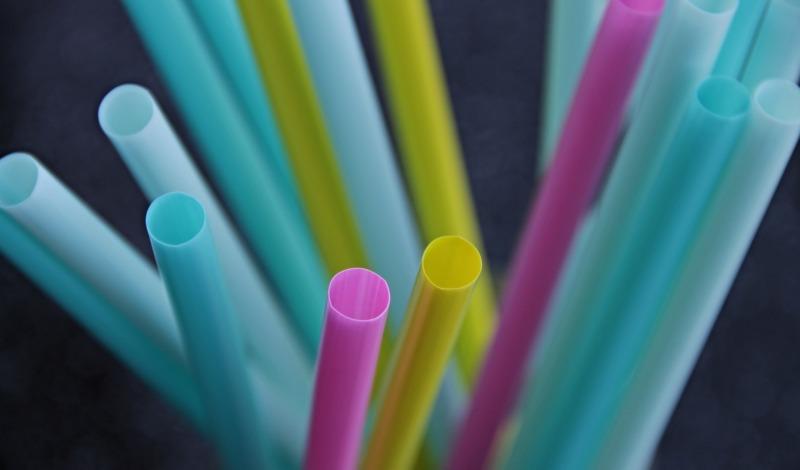 For many years, plastic has provided numerous solutions for consumers and manufacturers. However, the material is virtually indestructible and the amount of plastic built up over the years increases faster than the material is able to break down, posing a detrimental threat to the natural environment. Last year, National Geographic reported that 91% of plastic ever produced has become waste. Three companies that are actively utilizing their large platforms to reduce single-use plastic waste are Aramark, The Coca-Cola Company, and McDonald's.

With the ocean specifically, the amount of plastic building up outnumbers fish in some areas of our oceans and the formation of floating trash islands in the Pacific. Experts estimate that more than eight million tons of plastics leak into the world’s oceans each year. To combat this issue, Aramark has made a global commitment to reduce single-use plastics by 2022, targeting the reduction of nearly 100 million plastic straws annually in the United States. Additionally, they will expand the use of reusable containers and recycling efforts in client locations, continue their consumer marketing campaign to raise awareness, and will be partnering with suppliers and national brands to reduce packaging overall.

“Aramark’s mission is to enrich and nourish lives so we feel very strongly that we need to support the vital ocean ecosystem on two fronts—watching what goes into the water by reducing waste, as well as monitoring what comes out by sourcing responsibly,” said Kathy Cacciola, Vice President, Enterprise Sustainability at Aramark.

As the world’s largest restaurant company, McDonald’s embraces the responsibility and opportunity to take action against single-use plastics and make a significant impact on the planet. The company has set a number of sustainability goals, including having 100% of McDonald’s guest packaging come from renewable, recycled, or certified sources as well as recycling guest packaging in 100% of McDonald’s restaurants by 2025. In 2014, they also set out to sustainably source 100% of its coffee worldwide by 2020.

“We know many people enjoy coffee as part of their daily routine, and, at McDonalds, we are taking meaningful steps to support farmers protecting it from climate change,” said Townsend Bailey, Director, U.S. Supply Chain Sustainability, McDonald’s. “As we continue on our journey to build a better McDonald’s, we are using our size and scale to implement significant changes that are important to our customers, our people and the environment.”

Additionally, to promote recycling among consumers, McDonald’s has partnered with Starbucks and Closed Loop Partners to develop a recyclable and/or compostable cup, as part of the NextGen Cup Challenge. McDonald’s has committed $5 million to the challenge and awardees will receive acceleration funding up to $1 million.

The Coca-Cola Company has set ambitious design collection and partnership goals to drive action and build incentives to support the development of more sustainable plastic collection and reuse systems. In addition, the company launched its World Without Waste campaign to reach an industry-first goal to collect and recycle the equivalent of every bottle or can it sells globally by 2030.

“Through our ‘World Without Waste’ vision, we are investing in our planet and in our packaging to help make the world’s packaging problem a thing of the past,” said James Quincey, President and CEO of The Coca-Cola Company.

The private sector can play a major role in creating opportunities to minimize environmental impact and help conserve the health of the world’s oceans. Through innovative partnership and collaboration, companies such as Aramark, McDonald’s, and The Coca-Cola Company are helping drive real change to reduce single-use plastics and combat environmental issues our planet faces.

U.S. Chamber of Commerce Foundation Launches Sustainable Plastics Initiative
Plastics Innovation Can Create Opportunity for Business and the Environment
Expanding Beyond 34: Scaling Circularity for a Sustainable Economy to a Region Near You