The History of America Recycles Day 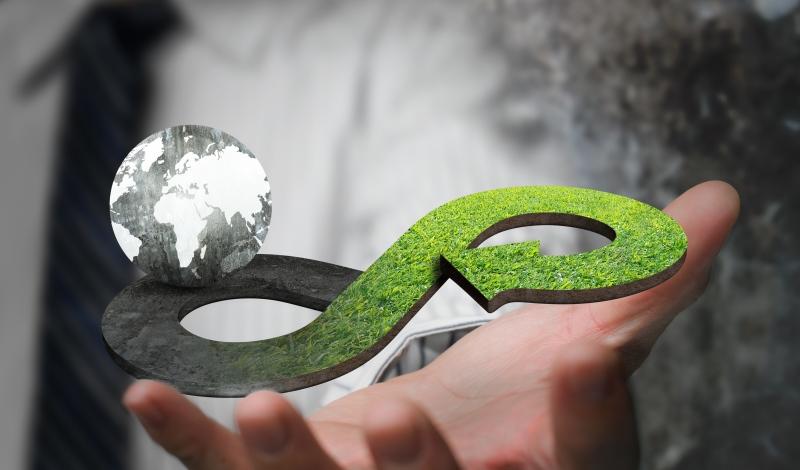 This year marks the 22nd anniversary of America Recycles Day (ARD). On this day, Americans celebrate by renewing their pledge to recycle.

ARD goes back more than two decades to the state of Texas. Yes, we owe the great Republic of Texas for the seeds of a national celebration for recycling. Texas Recycles Day began in 1994 as the brainchild of two employees of the Texas Commission on Environmental Quality, Kevin Tuerff and Valerie Davis. Their idea was to promote recycling through a six-week campaign to boost recycling in the state. Keeping in mind Earth Day and needing to select a date that was after Election Day and before the holidays, they chose November 15 as Texas Recycles Day. When Kevin and Valerie left their state jobs and started EnviroMedia, an Austin based public relations and advertising agency focused on environmental issues, they proposed transforming Texas Recycles Day into America Recycles Day. They presented the concept at the National Recycling Coalition’s Congress, and it was embraced immediately.

The first national run of America Recycles Day was on November 15, 1997. The National Recycling Coalition (NRC) pre-announced the event through a kickoff parade at the NRC 16th Annual Congress & Exposition in Orlando, FL. This parade gathered 2,000+ recycling members for educational sessions and national policy development. On October 1, 1997, the NRC and the United States Environmental Protection Agency co-sponsored a national press conference at the White House Conference Center, featuring Vice President Al Gore as honorary Chair for the event. The theme was “Buy Recycled” and the press conference featured a model store filled with recycled-content products. A raffle was offered to those who signed recycling pledge cards, with the raffle winner receiving a free “American Green Dream House,” a home built with recycled-content and energy-efficient products. At least 40 states participated in the first America Recycles Day.

Over the following years, the NRC advertised the event through buttons, posters, and the promotion of local events. More than 3,000 local events across the nation in all 50 states were posted on the NRC website in 2007, the 10th anniversary of ARD. To promote recycling, a different recycling theme was presented each year on America Recycles Day. In the early years, the theme revolved around buying recycled products, looking for recycled content products, encouraging letter writing campaigns to manufacturers, and signing pledge cards to recycle at home, at school, and at work. Later years focused on residential collection of recyclables and the expansion of recycling in local communities.

As the managing entity and promoter of America Recycles Day since 2009, Keep America Beautiful (KAB) provides promotional and marketing support and resources to a very large network of local event organizers. KAB has kept the program intact as a local event promotion throughout the nation, yet has enhanced the effort with national funds from private sponsors. The NRC assisted in advertising the ARD to its 6000 members in recent years, and supports KAB efforts to promote ARD nationwide.

The 2019 ARD campaign theme is “Be Recycled”—utilizing TV and radio advertising developed by KAB with the title “I Want To Be Recycled.” The campaign demonstrates an individual recycled plastic bottle rolling the streets wanting to be recycled into a picnic bench. KAB offers creative commercials promoting recycling, sponsored through the Ad Council and available for distribution to local communities. For more information about ARD, visit: https://americarecyclesday.org/

Yet one statistic still haunts the recycling community: the national recycling rate is still 34% and has been at that level for several years. To increase and improve recycling and recovery rates in cities across the country, the U.S. Chamber of Commerce Foundation developed the Beyond 34 initiative in 2017.

Beyond 34 is a first-of-its-kind public-private sector partnership to help break through the current national recycling barrier of 34%. The goal of the initiative is to help communities, cities, and businesses improve their local recycling systems and grow local economies through the application of a three-phased model. The City of Orlando served as the Beyond 34 pilot location, and the U.S. Chamber Foundation recently announced that it is applying the Beyond 34 model in the City of Cincinnati, as well as developing online tools and resources so any community can apply the model. For more information, please visit: www.beyond34.org.