U.S. Chamber of Commerce Foundation / How AI and the T3 Innovation Network Can Launch an Improved Labor Market
Center for Education and Workforce
July 27, 2022 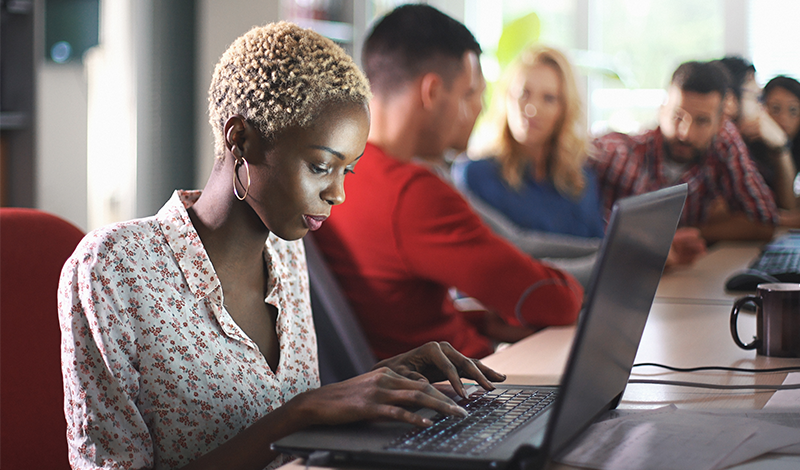 The U.S. Chamber Foundation and the T3 Innovation Network will host a Mid-Year Meeting on Thursday, August 4, at the Bill & Melinda Gates Foundation. The event will debut the Master Use Case for Skills-Based Hiring and Advancement, provide updates on other signature T3 Network projects, and offer a forum to discuss Artificial Intelligence (AI) applications as a cross-network issue and opportunity, amongst other presentations.

Matt Gee, co-founder and CEO at BrightHive, a public benefit corporation building data collaboratives that power smarter government and more effective social service delivery, will lead a panel discussion on AI at the event. Gee began his career as a research analyst, focused on elements of data science at the U.S. Treasury. As the 2008 credit crisis began to unfold, Gee saw firsthand both the promise and the payroll of large-scale data and analytics. At its worst, unfettered access to data and sophisticated algorithms that go unchecked can lead to a financial crisis but can also be used to identify risks ahead of time. Another area of potential within the world of AI is how data can help shape our economy and workforce.

“AI absolutely does harbor risks for putting people out of work and changing the nature of a lot of jobs in ways that will require re-skilling,” Gee said. “And I don’t think it serves anyone to ignore that. And in fact, we have to lean into it and figure out how to get ahead of it. But I do believe that the larger impacts, overwhelmingly, will be positive rather than negative on the future of work. And primarily in three ways, it’s going to make work done by humans less boring, less dangerous, and more creative.”

Work that many people currently conduct remains inherently risky, physically, emotionally, and legally, and AI can step in to mitigate some of those dangers. In addition, automating repetitive tasks such as email allows people to focus on more creative aspects of their work and even use AI as a collaborator in that creativity. As part of adopting AI into the labor market, people want the business community, specifically business leaders, to shift to a skills-centered HR strategy that involves skills-based hiring, upskilling, and re-skilling.

Despite the need for such innovations, companies remain wary of investing in AI due to the high upfront costs. As the field becomes more accessible and cheaper, more changes will occur as AI is built to assist with skills-based hiring as the data improves on specific tasks an organization might need help with.

“That’s the kind of work that bridges from AI as a pipe dream to AI changing the way people hire,” Gee said. “And that work is happening in the T3 Network. And I think it’s happening pretty uniquely there for the world of bridging learning and work. I’m excited to show up and for other folks to continue to join the network and put in that work because it’ll benefit all of us. It’ll benefit every worker, every company, and make the future of work brighter for all of us.”

Are you an employer looking to create a more equitable workforce through leveraging technology and data? Learn more about the Mid-Year meeting and register here.

09/16/20
JDX is Taking the Next Big Step in Leveraging Data for a Modern Talent Marketplace
Jason A. Tyszko