How BioLite is Innovating to Reduce Toxic Emissions, Saving Lives in the Developing World 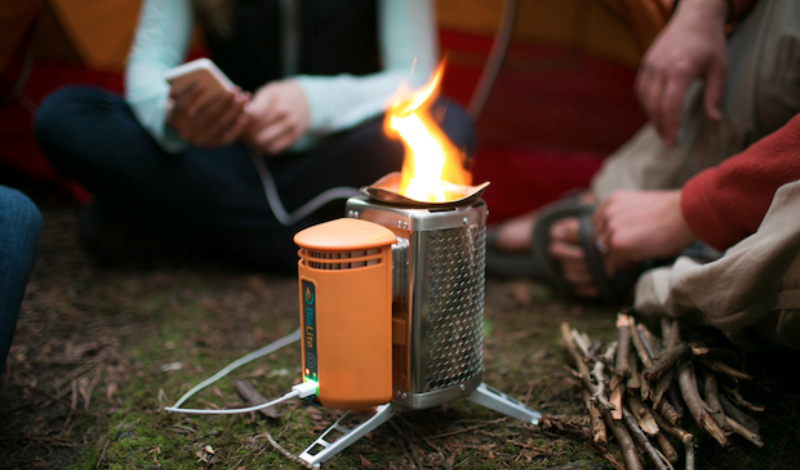 Tweet Facebook
The story behind how BioLite is innovating to reduce toxic emissions and save lives in the developing world.

Sometimes, all it takes is a spark to launch a potentially world-changing idea. Long eclipsed by coal, oil and renewables, wood is no longer regarded or used as a primary source of energy in the post-industrial world. Yet wood is still widely used for cooking in the developing world. According to the Global Alliance for Clean Cookstoves, nearly half of the world still cooks on open wood-burning fires, and improper ventilation in cooking areas leads to over four million deaths per year.

BioLite founders Jonathan Cedar and Alec Drummond shared two passions: to help solve this problem through sustainable design — and camping. As longtime colleagues at New York-based design consultancy Smart Design, they began investigating thermoelectric technology as a side project to explore alternatives to traditional wood fires, both for themselves and those living in developing countries. But it was only when they won a “camping gizmo” competition at a conference on wood-burning stoves, in 2008, that they realized the true potential of the technology: for off-the-grid use cases.

They spun off in 2009 to bring their work to the market in the form of the BioLite CampStove. The portable wood-burning stove quickly garnered recognition (including a Core77 Design Award) not just for its clever design—it harnesses the excess heat from the combustion chamber to power a ventilation fan and generator—but also for its broader cause: to reduce toxic emissions and save lives on a global scale.

To that end, the HomeStove—a more robust version of the CampStove—is designed expressly for daily use in remote locales; both products capture enough excess heat to charge devices via USB port. It’s an easy metaphor for how BioLite’s tech-driven approach dovetails with its pragmatic benefits. Biolite’s hybrid business model uses sales to a recreational audience, who can afford the luxury of camping gear, to subsidize their efforts in emerging markets.

Within five years, the Brooklyn-based company has delivered its first shipment of 10,000 HomeStoves to users in Ghana, India and Uganda. In the meantime, the team has grown to 38-employees strong, forging ahead on both fronts—product design and the greater mission—with a research-led process in which stakeholders’ feedback is as important as technology and engineering. By revisiting mankind’s very first source of energy, BioLite has an impact far beyond that of a consumer product: the company is not only looking to innovate, but also to put their innovation in the hands of those who need them most.

[Editor's Note: This post originally appeared in Impact Design Hub. Read a recent interview with BioLite's team here, where they share learnings based on the first six years of business, how their concept of parallel innovation impacts their design process, and more.]