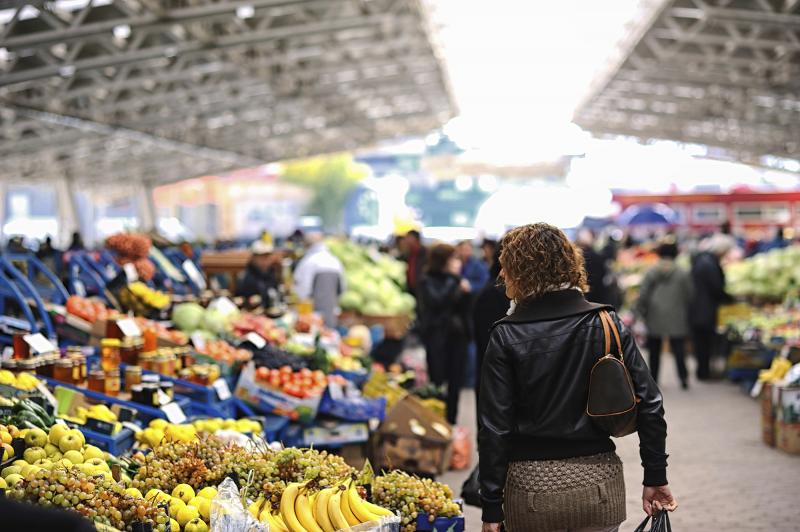 Tweet Facebook
DSM is a leading force in the fight against hidden hunger in the United States.

[Editor's Note: Hugh Welsh, President, DSM North America, will be speaking at Connect the Dots: How Businesses Solve Global Challenges Locally on October 5-7. Register here for the conference to learn more about how DSM supports programs to fight hunger and malnutrition.]

Royal DSM, a Dutch-headquartered, publicly traded company, is a life sciences and materials sciences leader that creates solutions to nourish, protect, and improve lives. Its American-based subsidiary, DSM Nutritional Products, is a leading supplier of vitamins, carotenoids, and other fine chemicals to the feed, food, pharmaceutical, and personal care industries.

DSM believes that good nutrition is an important requirement for physical and mental development, and a key factor for unlocking the human potential in every man, woman, and child. The elimination of malnutrition is a global responsibility that DSM supports wholeheartedly.

Despite all of the advances in medicine, science, and technology, some 805 million people (about 1 in 9) have insufficient food to lead a healthy, active life. This means that these people do not get all of the vitamins and nutrients that their bodies need to function well. While most people think of malnutrition as being an issue only in developing countries, the truth is that this is highly prevalent in the United States as well. DSM, along with its partners, is focused on helping eradicate such micronutrient deficiencies, often dubbed “hidden hunger.”

Hidden hunger is a lack or loss of dietary quality resulting in vitamin and mineral deficiencies that diminish, among other things, health and cognition. In the United States, it is often not a lack of food itself that causes hidden hunger but lack of healthy, nutritious food. In other words, a well-fed population is not necessarily a well-nourished population. While people may eat enough calories to live, their diets may fail to provide sufficient levels of crucial vitamins and minerals that allow them to be physically and mentally healthy.

Availability and price can make healthy eating a challenge for many families, especially those living in urban environments. It is estimated that about 50% of American children are not getting the Food and Drug Administration’s recommended daily intake of the most important vitamins and minerals. The impact of this deficiency can be felt for decades, given its effect on a child’s development, as the period from conception until two years of age irreversibly shapes a child’s health and intellectual ability. Left unaddressed, hidden hunger can rob children of their full intellectual and physical potential. Ultimately, this leads to a double economic burden of massive health costs and significantly reduced productivity.

DSM is committed to raising awareness of the issue of hidden hunger and participates in many initiatives to combat micronutrient deficiency. DSM works with public and private partnerships such as the United Nations World Food Programme, World Vision, Partners in Food Solutions, U.S.Agency for International Development, Sight & Life, Vitamin Angels, GAIN, and Global Health Corps to address the problem of hidden hunger and develop tailored solutions. DSM has partnered with Global Health Corps and their CEO, Barbara Bush, to develop an initiative that will address micronutrient deficiency in low-income communities. DSM has funded two Global Health Corps fellows to work in Newark, New Jersey, at the Boys and Girls Club and at Covenant House to support efforts to fight hidden hunger. These fellowships are helping raise awareness about hidden hunger and delivering solutions to address micronutrient deficiency. The fellows interact daily with members of the community to facilitate overall health and wellness and educate them on healthy food choices.

DSM will continue to commit time, resources, and expertise to combat hidden hunger not only in the developing world, but here at home. Hidden hunger is a crisis that is needless and preventable, and with the help of Global Health Corps and other partners, we are one step closer to ensuring that every American has access to nutritious, healthy food.