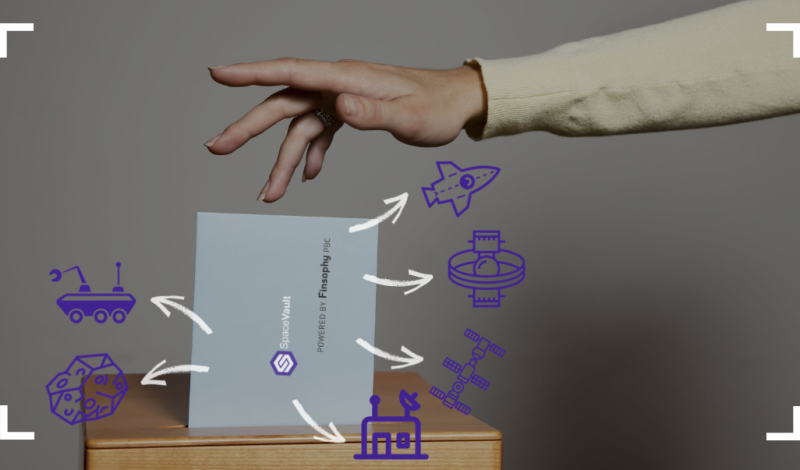 We recently had the opportunity to speak with Jason Aspiotis, Founder and CEO of Finsophy PBC. Finsophy connects customers, banks, and organizations to create a positive cycle of mission-aligned capital. Read on to learn more about how the company is leveraging technology for social good.

1. How did Finsophy come to be?

As a rocket scientist during my early career, and a life-long supporter of the Space industry (Space, as in outer Space...), I felt very passionate about inventing alternative financing solutions to long-term development of Space technology, commercial capabilities, and economic development. Space is really hard, has been dominated by government priorities and budget cycles the past 50 years, and is private-capital “starved”. I was tremendously inspired by Elon Musk, Sir Richard Branson, and Jeff Bezos after they put significant portions of their personal wealth on the line to support their dream of advancing humanity into Space. I thought to myself, “What could I, a non-billionaire, do to support this long-term vision as well?” We, as average Americans, all have savings, checking, or money market accounts with banks. Deposit capital in the US amounts to more than $13 trillion and underpins a large portion of investments and lending conducted by the banking industry. Finsophy wants to enable “mission-minded” individuals to earmark their deposits in support of financing long-term missions they truly care about. For me personally, that mission is the economic development and human settlement of Space, and that’s why our first mission-aligned FDIC-insured savings account product is SpaceVault. For others, the mission may be preserving the environment, proliferating clean energy solutions, community development, or provision of high-quality education to all.

Ultimately, Finsophy was born to better serve the average American by putting more decision-making power back in their hands; to enable Americans to vote with their deposits in support of what actually matters to them. We are working on rolling out additional mission-aligned FDIC-insured savings accounts in the near future.

2. Describe the positive feedback loop behind mission-aligned capital and why is it so important?

Finsophy has four core missions: support and maintain our environment on Earth; develop sustainable solutions for our civilization’s growth and prosperity; maintain socio-economically healthy communities; and advance humanity into Space. Our financial philosophy is that capital deployment in any one mission has short and long-term direct and indirect positive ramifications to the other missions. For example, capital deployment into Space satellite systems has enabled scientists to better understand how our planet works, thus making us better prepared at a global scale to mitigate the effects of climate change. In turn, capital deployment in communities and education can help stimulate innovation and proliferation of sustainable energy solutions.

Capital deployment into advancing solar power generation and storage will have direct ramifications to the advancement of solar power for Space infrastructure in Earth’s orbit and beyond. And the positive feedback loop goes on…
At the end of the day, the banking industry has focused too much on what they know: consumer debt, mortgages, car loans, financial instruments, etc. Finsophy aspires to leverage depositor “push” for more capital deployment into longer-term civilizational needs.

3. How is Finsophy’s technology a disruptor in the fintech industry?

There are two facets to Finsophy’s disruption—morphing banking DNA and technology.

Currently, there’s no easy avenue for the average American to support some of our civilization’s biggest challenges with their deposits. “Modern” banking started in the 17th century; the system is simply not tuned to support macro challenges like environmental preservation, an energy-and-resources-sustainable civilization, and the long-term economic development of Space. Yes, you could join a credit union or community bank and directly support your local community—but you aren’t likely to see significant financial impact at the macro level. Finsophy wants to morph systemic banking DNA to pay equal or more attention to longer-term thinking in the deployment of capital, and do so with the help of depositor push and demand.
On the technology side, Finsophy has developed some unique capabilities to help achieve our mission:

4. What is Finsophy’s progress so far, and how does Finsophy plan on measuring the success of its impact?

Finsophy launched its first mission-aligned savings account, SpaceVault, in October 2018 in closed beta. We are currently developing additional mission-aligned savings products with anticipated launch by end of 2019. Immediate impact will be measured by the propensity of the average American to earmark their deposit capital in support of long-term missions. Long-term impact will be quantified more specifically in terms of the missions Finsophy aspires to serve, with some examples being: