U.S. Chamber of Commerce Foundation / Say No to the Balkanization of the Internet
General Foundation
March 30, 2015

Say No to the Balkanization of the Internet 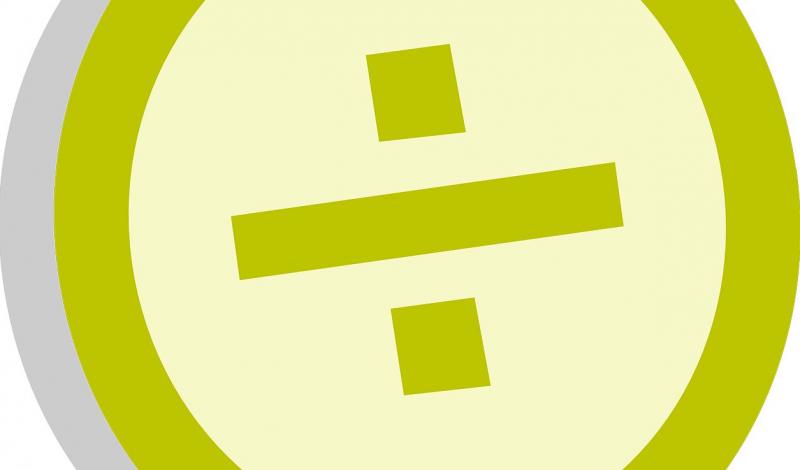 For about a century, beginning in the early 1800s, the Balkan peninsula (previously ruled as a single land by the Ottomans) was broken into a number of smaller states that did not get along. This sometimes-violent process of drawing national borders from scratch came to be called Balkanization, and today, it can refer to the dividing of a large element into smaller units. While the term’s genesis was in the real world of geopolitics, it is applicable to potential changes in how the international community accesses and shares digital data, and this Balkanization of the Internet could have detrimental consequences for growth and innovation.

Currently, the United States is the world’s undisputed Internet hub. America invented and built the Internet (in terms of infrastructure and software), and by consequence, the United States is at the center of the World Wide Web. Even as wireless capabilities steadily improve, the Internet still operates primarily via cables. These cables connect to different nodes across the world (hence the term “Web”), and by virtue of the United States’ economic prowess, early adoption of digital capabilities (relative to the rest of the world), and central role in developing the Internet, there are numerous points at which global Internet traffic runs through the United States. If you are a security organization interested in monitoring evolving threats by snooping through digital traffic, these U.S.-based nodes would be excellent places to set up shop.

Enter Edward Snowden, the National Security Agency (NSA) contractor who stole troves of secret data and began leaking it to the world in 2013. Snowden’s traitorous leaks revealed U.S. activities in digital intelligence gathering, prompting an international backlash that led some world leaders to question the prudence of running their nation’s Web traffic through the United States. One example is Brazil. In 2013, Brazilian President Dilma Rouseff, incensed over reports of U.S. digital espionage, spoke to the UN General Assembly, calling on countries to build their own sovereign Internet. Brazil also developed plans for using only Brazil-based Internet services (like e-mail and data storage) in an attempt to keep the nation’s data in-house.

This kind of thinking would turn the World Wide Web into a Web of Webs around the World, dividing up the Internet along arbitrary lines, like political boundaries. Think of it as a perpetual series of defacto Cold War nation-states aligning along their own self-imposed East vs. West borders.  The former fosters the free flow of ideas and data; the latter achieves the opposite. (Fortunately, Brazilian lawmakers realized the folly of isolating their data and their networks and removed a portion of a proposed law, “Marco Civil da Internet,” that would have required foreign Internet providers to store data about Brazilians in country.)

Yet, Brazil has not been alone in calling for a change in Internet stewardship. Countries like Indonesia and India have discussed the possibility of an international framework for Internet governance, something that is currently decided by the United States (because we invented and built it). Meanwhile, countries in the European Union have considered terminating data-sharing agreements with the United States, also in response to the Snowden revelations. Totalitarian regimes in China, Iran, and elsewhere have realized a potential benefit of a cloistered, country-specific Internet: the capacity to monitor everything their citizens say and do online, making it easier to identify and quell dissent.  Something that each of those named countries has done in various forms.

These motivations for changing how data is accessed and transferred come at a time when cloud computing is raising real questions about the applicability of national laws to a virtual environment in which geopolitical borders are irrelevant. If data, much like “the cloud” transcends nationality and long-held geographic borders, how do nations decide whose laws apply to that data?

The answer to this still-unanswered question will have consequences for all Internet stakeholders—businesses, governments and individuals. What all of this points to is a real potential for a Balkanized Internet—one that lacks a centralized authority guiding Internet development but is instead composed of a confusing and cumbersome patchwork of laws, rights, access, and all the minutia that make-up cyberspace.

Make no mistake, a Balkanized Internet would be a bad thing. It would frustrate innovation, slow economic growth, and limit individual freedoms. What makes this scenario even moretroubling is that unlike in years past, digital technologies have become easier to build and implement, allowing any country with means to build their own Internet. It’s not just that some countries want to Balkanize the Internet; it’s that now they actually can.

Last year, the world celebrated the 25th anniversary of the fall of the Berlin Wall.  It was an important reminder of how walls of all kinds stall progress, not accelerate it. Look at Germany today, Europe’s economic powerhouse and a far cry from the Cold War days when East Germany was a model for how thoroughly communism could destroy an economy. There is a clear analogy here to what is happening in the digital world. Balkanization is the antithesis of what the Internet was created to do.

Balkanization raises virtual borders in what was intended to be a vehicle for sharing knowledge without regard for national borders. The reason this matters is there are very real and costly consequences for segregating what was built to be whole. These include:

1.     Restricting data restricts innovation. One of the most exciting aspects of the exponentially growing volume of data in the world today is that it holds the potential for world-changing ideas, insights, and technologies. Big Data is the ultimate fertile ground for innovation, with scientists, engineers, doctors, manufacturers, and indeed, all professions across the world gaining greater insight, discovering new correlations, and developing new tools and practices that improve everyone’s lives. Internet Balkanization threatens all of that.

If the European Union, for example, restricts data access and exchange (as EU countries have debated), it will create real challenges for industries that thrive on data. The healthcare industry, for example, is passing the threshold into a new era of medicine, with pharmaceuticals tailored to the individual, doctors using cognitive computing, and hospitals consolidating and digitizing health records for more effective and collaborative treatment. All of this requires fast, easy access to data, which is not compatible with a complex Balkanized and individually silo-ed Internet. If we build walls online, we will build walls between ourselves and a future of unlimited opportunity and innovation.

2.     A Balkanized Internet breeds inequality. In the late 19th and early 20th centuries, steel magnate Andrew Carnegie funded the construction of libraries and other places of knowledge and learning. He did this because he understood that more information and insight a people could access the inherent good it would provide to the nation. An educated and empowered population is more productive, more strategic, and more innovative, and in line with the United States’ foundational idea, all people are equal and deserve equal access to knowledge.

Imagine if Carnegie had stipulated that Carnegie Hall in New York City could only be attended by residents of three of the city’s boroughs – Manhattan, Brooklyn and Queens and the remaining two – Staten Island and the Bronx were excluded. Imagine if libraries had complex rules of who could enter, when, how often and at what cost. Our national intellect would be restrictive, substantially duller and our opportunities to learn and culturally connected would needlessly curtailed.

Now apply this lesson to the digital world. Complicating data access will produce classes of haves and have nots—the people and businesses who have the means, knowledge, and capacity to navigate an international maze of conflicting technical and legal standards, and those who do not.  In no way does that remotely favor the most creative and inventive of enterprises – small businesses.

Currently, Big Data is a boon for small businesses that leverage advances in cloud computing to conduct the kind of data analysis that was previously only accessible to large-scale organizations with significant resources. Balkanizing the Internet is a step in the wrong direction, as it could put valuable data out of reach of the companies and individuals who are just now realizing the opportunity to engage the data revolution. The companies producing and sharing data today are the new Carnegies, helping to revolutionize industries, governance and quality of life. Throwing up walls and building unconnected islands around this effort is to the detriment of everyone’s future.

3.     Nationalized networks will guarantee abuse of power. The Internet is the quintessential example of how technology can foster freedom, giving everyone an opportunity to speak their mind to the world. Sometimes this speech is critical of an organization or government, and in the United States, that kind of speech is something we encourage. There is a reason that the freedom of expression is the First Amendment because it is bedrock of all other rights guaranteed by the U.S. Constitution. An open and free political system demands unrestricted political speech. Unfortunately, most countries do not view expression in this way.

During the so-called Arab Spring in 2011, social media was a powerful tool for rallying support and spreading messages. In a desperate attempt to quell the dissent growing in its streets, governments in Iran as well as Egypt systematically shut down the country’s information infrastructure, blocking Twitter, Facebook, Internet access overall, and finally, text messaging, effectively taking the revolution off the grid (albeit briefly).

This is what repressive regimes do in the face of dissent; they silence it. A Balkanized Internet will give countries ever-greater top-down control of their citizen’s communications, allowing them to even more aggressively monitor what they are doing and limiting their access to the broader global Internet. Countries like China already block many online applications and censor information that is critical of the state. There is no reason to think that nationalized data and networks will do anything other than accelerate how dictators usurp and diminish individual liberty.

The world today generates data at an astounding rate. We are overwhelmed with trillions upon trillions of data points. Restricting and segregating this data is not going to produce the kind of progress and freedom we all want. It will hold us back, swapping a future of unlimited data-driven potential for a world of walls and missed opportunity.

That is not a future of opportunity. It’s one of restriction and that’s a future that benefits no one.