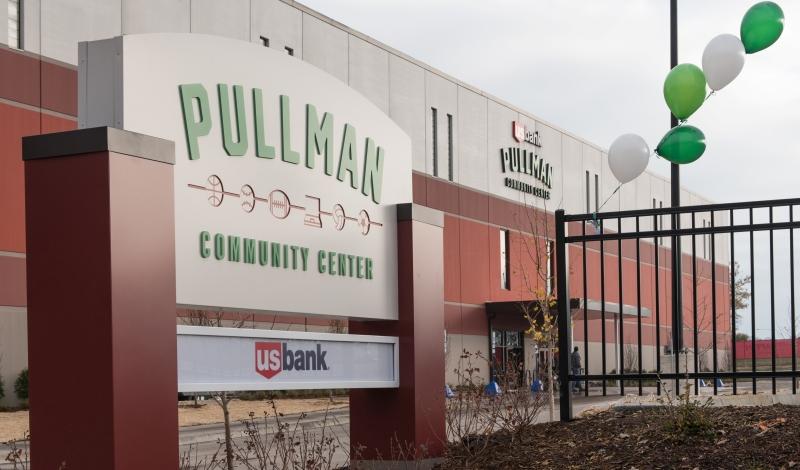 Calvin Holmes, president of the nonprofit Chicago Community Loan Fund which has invested over $6.4 million in this community over last eight years, said that Pullman, like many Midwest communities, has faced deep economic challenges as manufacturing has declined over the last 50 years. Until the last decade, the neighborhood’s prospects for renewal were dim.

“Pullman was not a focus area for City Hall–it was almost 15 miles from downtown and a declining industrial corridor,” said Holmes, whose organization has played a key role in Pullman’s transformation. “Everyone had written Pullman off.”

Railroad car magnate George Pullman built the neighborhood in the 1880s for his employees and their families. Pullman staffed his iconic sleeping cars with African-American porters who played a crucial role in the civil rights and labor movements. The company was credited with helping to establish the nation's African-American middle class. Former President Barack Obama designated the Pullman neighborhood as a National Monument in 2015.

The decade-long effort to reinvigorate Pullman has been led in large part by Chicago Neighborhood Initiatives (CNI). The group was formed in 2010 with direct funding from U.S. Bank to be an independent nonprofit developer that would support revitalization efforts in Chicago’s low-to-moderate income neighborhoods.

Private investment has been crucial to bringing CNI’s vision to life. U.S. Bank has helped lead the way by investing $113 million in the Pullman neighborhood since 2009. The investments from CNI, U.S. Bank and others have attracted major retailers, a grocery store, healthcare, restaurants, and several plants and distribution centers to Pullman. Overall, the effort has created 1,300 new jobs in an area that had not seen job growth in decades.

Most of the U.S. Bank investment in Pullman has been done through the U.S. Bancorp Community Development Corporation (USBCDC), a key component of the company's corporate responsibility work. In 2017, U.S. Bank provided $4.6 billion in community development loans and USBCDC investments to revitalize communities and gave $58.4 million in grants and contributions to nonprofit organizations. Over the past decade, the company has invested over $18 billion in environmentally beneficial business opportunities. In Pullman, the USBCDC has led the way with investments, the bank’s community managers engaged local leaders and its business lending group offered additional support.

“In U.S. Bank, this community has a strong corporate partner that has stood the test of time,” said Holmes. “If your corporate investment strategy includes a local, place-focused tactic, you could benefit from learning the U.S. Bank model.”

These investments are all part of the U.S. Bank Community Possible giving and engagement program focused on closing the gap between people and possibility, which comes to life through the areas of Work, Home and Play. Holmes is a member of the Community Advisory Committee, a group of 16 nonprofit leaders who help shape Community Possible.

“We want to understand what does the future look like for all of our key constituents, for our employees, shareholders, customers and communities,” said Reba Dominksi, chief social responsibility officer at U.S. Bank and president of the U.S. Bank Foundation. “We’re always asking how can we do more thoughtful, strategic place-based investment with clear metrics to show progress.”

November marked a new milestone for Pullman with the opening of the U.S Bank Pullman Community Center. The 135,000-square-foot facility, located on the site of a former steel plant, will serve hundreds of children with after-school tutoring, sports, and other activities. It will create more than 100 full and part-time jobs.

As Pullman continues its journey to prosperity, U.S. Bank is pursuing additional investments in the neighborhood. With these future investments, the Pullman neighborhood is poised to attract even more jobs, and ultimately even more housing and retail development will follow returning Pullman to its hay day.