Veteran’s Unemployment: A Closer Look at the Numbers 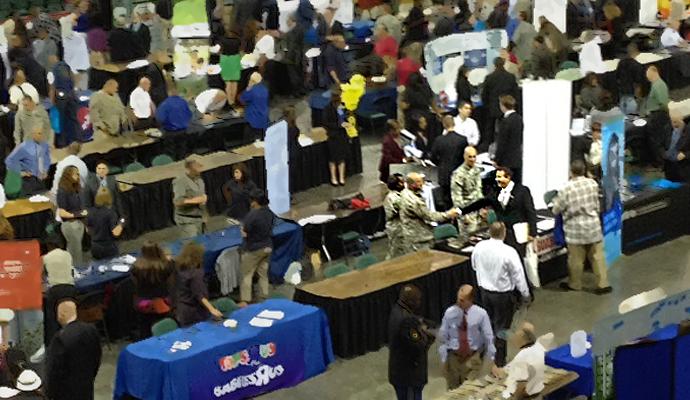 Many people have commented on the September 2012 Bureau of Labor Statistics (BLS) data on veterans employment, so I thought it might be worth sharing my perspective.

While I am encouraged by the positive month-to-month trends in 2012, I remain cautiously optimistic about the unemployment numbers for veterans until I see what unfolds in October and November.

Given all of the time and resources that Hiring Our Heroes and our partners have put into helping veterans and military spouses find meaningful employment, I would be the first to raise my hand and declare that our collective efforts have made a difference. I just believe that it is too early to tell for a few reasons.

First of all, I will join forces with the rest of the pundits and say that the BLS sample size is too small. While we are on that topic, I would recommend that we start to survey more veterans about their employment situation. At the very least we wouldn't have to listen to a host of “experts” cite the statistical significance of the BLS data.

One fact that many people have failed to realize is that close to half of our armed forces join the military ranks over a four month period spanning June through September. This means we will see a higher percentage of veterans leaving the military and entering the workforce in the same months year after year. This “egg in the snake” may result in a spike in unemployment, especially for younger veterans, in the latter part of 2012. And while I am hopeful that this is not the case, why not wait until the November report?

A couple of other observations to think about as everyone analyzes unemployment data for veterans: why isn’t anyone talking about or measuring the abhorrent rate of unemployment for military spouses? We mustn’t overlook their service to our nation and the fact that many of our younger veterans who re-enter the workforce do so with a dual income family. With a 26% unemployment rate for military spouses, it’s time for us to do more to capture their career challenges.

I don’t pay much attention to the BLS data each month for one simple reason. Every day across the country, we see hundreds of veterans at our hiring fairs struggling to find work. To us, that is unacceptable. With millions of jobs going unfilled in the private sector because we lack a trained workforce, we need to do more.

This week we’re doing just that, holding 15 hiring fairs in 13 states in both metropolitan and rural communities across America. I couldn't be more proud of our team and what they do every day to make a difference. With that said, we would like to see people spending less time talking about data and doing more every day to help our nation’s heroes successfully transition out of the military.