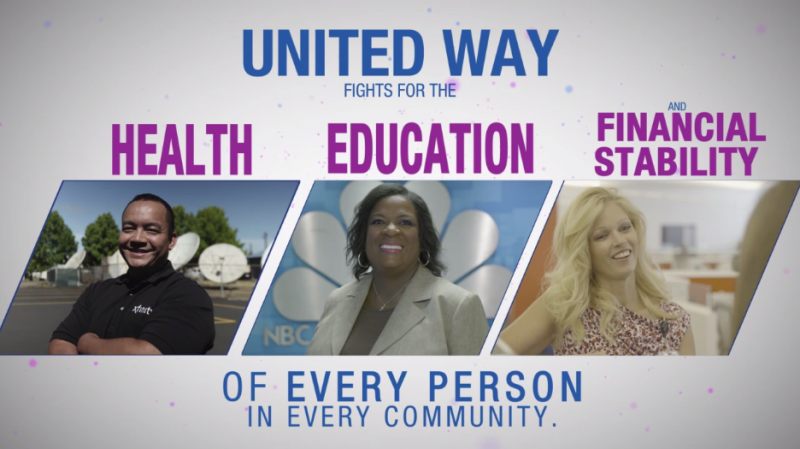 Growing up, I was the youngest of five siblings raised by a single mother in a modest home in South Florida. I remember in my teens working at a fast food restaurant and thinking about working my way up to restaurant manager – but not thinking about college. Instead, here I am in my 26th year at NBCUniversal, with a distant view of the Statue of Liberty – my personal model of strength and grace – visible from my Manhattan office window.

I couldn’t have known it then, but today I know exactly how my life’s journey landed me here – and that’s why I stepped up this year to serve as an example of how giving someone opportunity can transform a life.

This week, Comcast NBCUniversal is launching our annual Employee Giving Campaign for United Way and I am grateful to be part of it. Comcast has been partnering with United Way since shortly after the company’s founding more than 50 years ago, and our relationship continues to strengthen our local communities with each passing year. Last year, money pledged by our employees across our company helped fund over 5,000 nonprofits in more than 1,300 local communities. In Denver, that meant providing mentoring to over 1,000 young people; in Atlanta, it meant assisting 75 mothers with housing and financial coaching; and in Washington, D.C., that funding provided medical supplies to over 2,500 people in need.

As for me, I support our Employee Giving Campaign because of the opportunity I was given by others. As a young girl, I spent my time after school and during the summers in youth recreation programs like 4H and the Boys & Girls Clubs – and the people I met there opened me up to a world that existed beyond the block I grew up on. In 2016, United Way invested $104 million in summer and after-school programs, and I often think about how that support is improving so many lives like mine.

I invite you to learn more about my story by watching the video above – and to also meet two of my colleagues who share how United Way has made a positive difference in their lives. Andy Le, a technical operations supervisor at Comcast, left Vietnam as a young boy and arrived in Portland, Oregon. There, his family received support from United Way that enabled them to get a second chance at life – including boxes of food with the United Way logo on them. Beth Baker, who works in the Boston area as an indirect sales regional manager, aged out of the foster care system at 17 years old. She had no family or friends to turn to – but United Way was there.

As an assignment editor, producer and now a news executive, it has been my experience that delivering the news takes a dynamic and committed team. To me, so does giving back, and I’m glad to be making an impact through Comcast and United Way.