2016 Transition Trucking Recipient Troy Davidson: Where Is He Now? 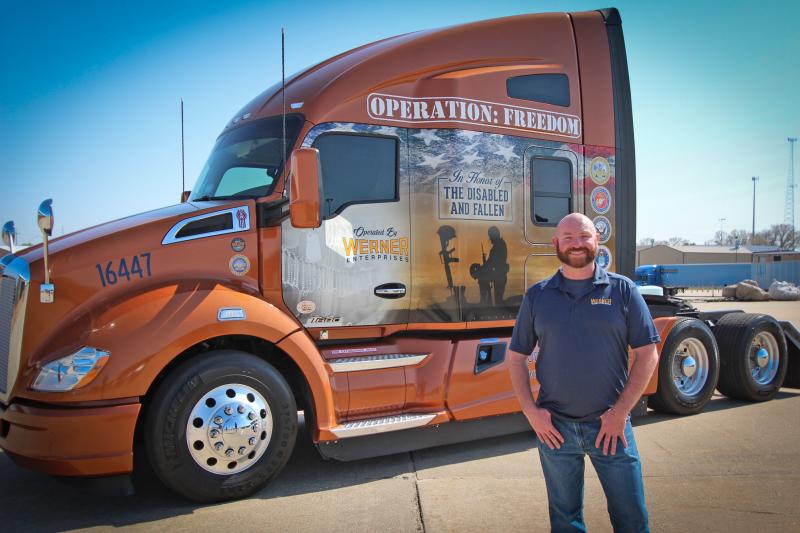 America’s top military veteran rookie truck driver, Troy Davidson, hasn't had much down time in the past year. Since being named the 2016 Transition Trucking: Driving for Excellence driver of the year, Davidson has logged over 168,000 highway miles, visited more than 40 schools, and is championing the cause of veteran employment. During his acceptance speech at last year's award ceremony, Davidson promised that he "wouldn't let anyone down," and his tireless efforts are the result of this personal undertaking.

"I have fulfilled my promise and then some, and I continue to do so. I stayed out on the road training multiple students and I keep driving because I feel it's the right thing to do in my heart. It's been busy and crazy!" 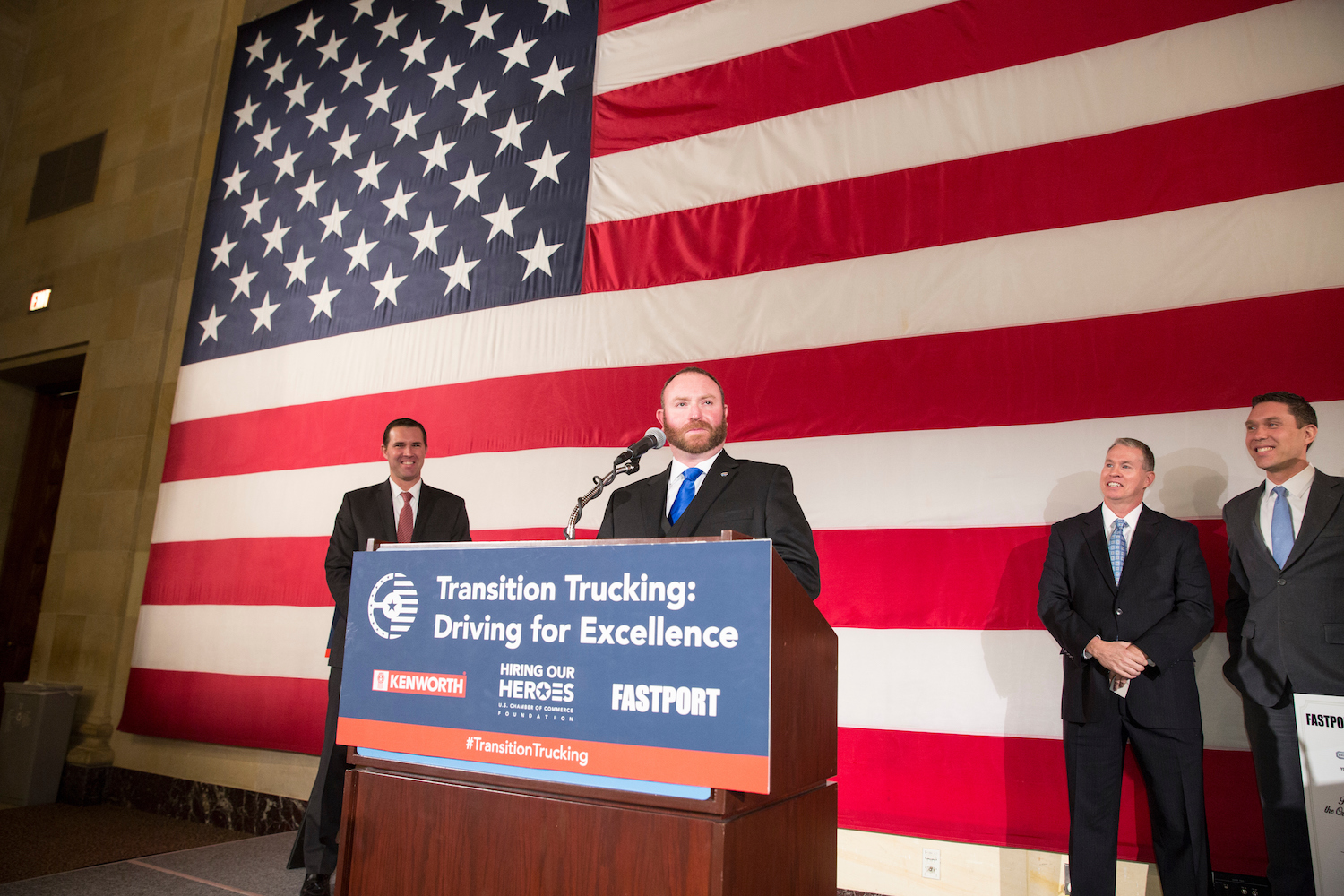 Troy Davidson accepts the 2016 Transition Trucking: Driving for Excellence Award
The U.S. Navy veteran and former jet engine mechanic for the Blue Angels received a brand-new T680 truck, donated by Kenworth, at a ceremony in Washington, D.C. in December 2016. Hiring Our Heroes, together with FASTPORT and Kenworth, presented the now-annual Transition Trucking: Driving for Excellence award, which recognizes military drivers who are new in the trucking industry and have performed exceptionally well, for the first time in 2016.

Davidson credits his ownership of the Kenworth T680 truck for putting him closer to eventually launching his own business. With plans to purchase two additional trucks by December 2018, Davidson intends to provide training and employment opportunities to fellow military veteran drivers.

“When you go to hire a veteran, you’re going to get an above average, class-A type person,” said Davidson. “Having that military veteran be a representation of your company, in my opinion, is paramount. As veterans we know what it’s like, we’ve worked under stressful situations, we’ve been away from family for an extended period of time, so we have a little bit tougher skin."

Davidson currently operates as a driver trainer for Werner Enterprises, where he has worked since earning his Commercial Drivers License in 2015. His truck, named “Lauren” in honor of Lauren Woods, the former Werner employee whom Davidson credits for playing an integral role in his early career, is now decked out in a custom vehicle wrap.

Showcasing “Operation Freedom” on the cab with imagery that pays tribute to disabled and fallen veterans, Davidson is honored to serve as an ambassador for Werner's Freedom Fleet. The emblazoned trucks are raising awareness for the military driver recruiting program offered by Werner.

"Our veterans are a national treasure and Werner values the commitment that veterans and their families have made to keeping our nation safe and their ongoing commitment to now keep our nation moving," said Rick Buchholz the associate director of field and government recruiting for Werner Enterprises.

Davidson agrees wholeheartedly, and is passionate about the message the program, and by extension, his truck's artwork conveys about hiring military veterans.

“I think all companies should participate in some type of a veteran apprenticeship program,” said Davidson. “Companies are going to get respect out of that veteran because they’re going to show up early, they're going to stay late, they’re dedicated to the job. Everything we do in the military is adaptable to civilian life."

Davidson speaks with fondness of his recent experiences, but he also says his banner year didn’t come easy. Through long hours, many miles and lots of hard work, Davidson says he’s launched a new chapter in his life that was once just a dream. When asked what advice he has for the next recipient of the Transition Trucking: Driving For Excellence award, Davidson pauses and then with a knowing sigh, he chuckles.

“Hold on to the reigns, because the person who will be announced as the winner for this year, their life is about to change from that day forward. Just continue doing what you’ve done so far and improve on it. Kick it up a notch, further than what you thought you could possibly do from your past,” said Davidson.

The winner of the 2017 Transition Trucking: Driving for Excellence award will be named in a ceremony on Friday, December 15, 2017 at the U.S. Chamber of Commerce, in Washington, D.C.