Achieving a Sustainable Future in the Era of COVID-19 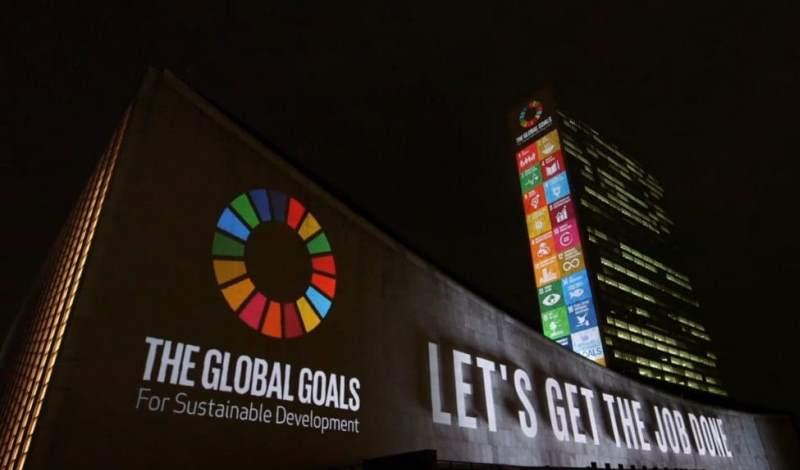 While we wonder what the future will look like after COVID-19, the immediate and long-term environmental challenges we will face are clear. As we mark the 50th anniversary of Earth Day today, we have an opportunity to reflect on where we are, where we’ve come just in the first few months of 2020, and where we need to head to make significant progress toward the United Nation’s 2030 Agenda for Sustainable Development.

Climate action, a critical element of the UN’s Sustainable Development Agenda, requires continued progress now. The global population is expected to rise to an estimated 8.5 billion by 2030; changing consumption and distribution patterns are putting increased strain on natural resources and global processing infrastructure; and the U.S. alone will need to spend a calculated US$2.4 trillion per year over the next decade to keep temperatures from rising 1.5 degrees Celsius above pre-industrial levels.

While the current reality is sobering, we at the U.S. Chamber of Commerce Foundation are encouraged by the private sector leadership we’ve seen across multiple industries.

In our 2019 Sustainability and Circular Economy Summit, we explored how CEOs are addressing the “next frontier” of sustainable business and building innovative coalition-based approaches to accelerate the transformation needed in this critical decade. It has been encouraging to witness unprecedented cross-industry action led by the private sector throughout the first quarter, demonstrating the drastic shift from high-level goals towards rapid action among the business community. We will revisit these issues in our 2020 Summit this August in collaboration with National Geographic Society.

In March, Prudential Financial announced its first green bond, allocated toward investments with environmental benefits, setting an industry standard as the first such issuance by a U.S. life insurer. VF Corporation set the same first quarter standard as the first in apparel and footwear to structure such a deal.

Similarly, JPMorgan announced in February a commitment of $200 billion toward projects that support the UN’s Sustainable Development Goals (SDGs), positioning it alongside Goldman Sachs, BlackRock, and other financial institutions making similar climate-focused capital commitments. BNP Paribas extended the first sustainability loan to an airline, JetBlue, in support of the company’s commitment to operate carbon neutral on all domestic flights through fuel offsets from July 2020 onward, matching a similar first quarter commitment from Delta Air Lines to mitigate all emissions from March 2020 forward as part of a 10-year, $1 billion plan. In the technology industry, Microsoft committed this January to an unprecedented plan to becoming carbon negative by 2030 and offsetting all carbon the company has emitted into the environment since its inception by 2050.

Most notably, while many of these actions preceded and continue through the coronavirus pandemic, new learning opportunities are also emerging about the relevance of such sustainability strategies in resilience and response. Statistics now indicate that regions with higher concentrations of air pollution are correlated with higher COVID-19 attributed death rates. And a recent McKinsey study drawing parallels between the climate crisis and this pandemic suggests that a collective action approach to climate resilience—much like that taken to reduce transmission via social distancing—would also improve recovery time for such socioeconomic crises as COVID-19. We’ve also highlighted the role circular solutions can play in emergency-induced supply constraints, evidenced by reuse tactics for personal protective equipment (PPE).

COVID-19 does not change the need for drastic private sector action on climate and has come at a time when systemic overhaul is already underway. Research by the UN Development Programme shows that implementation of climate-friendly circular economy approaches can reduce the current greenhouse gas emissions gap by as much as half, and such approaches have a potential upside of over $26 trillion growth opportunity and 65 million new jobs by 2030.

In a time of COVID-19 induced economic downturn, we have the opportunity to proactively integrate such tactics into the way we rebuild industries so progress is possible now, and in the aftermath of this unprecedented crisis.