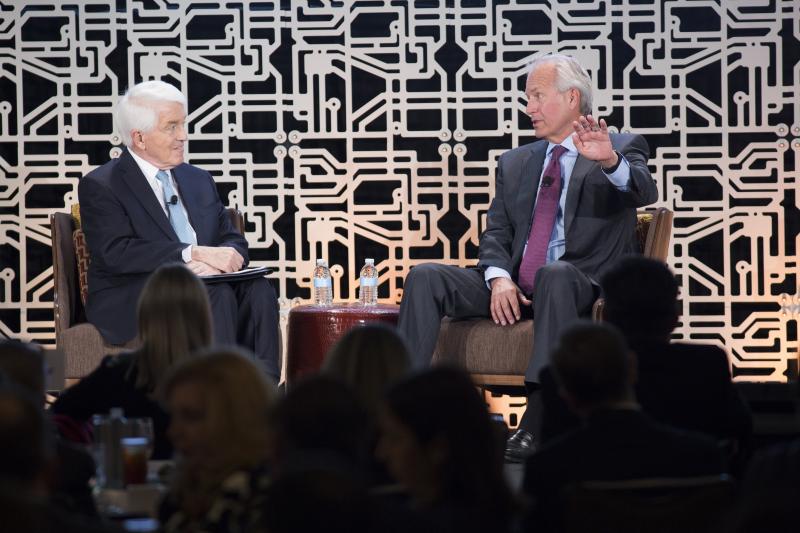 The biggest names in aviation and space returned to Washington, D.C. on March 22 for the 15th Annual Aviation Summit. As in past years, it was full day of insightful discussions and speeches touching on a plethora of topics.

This year’s theme, Fascination of Flight, gave a throwback feel to the event, as attendees got some reminders of the industry’s rich history. But the Summit also took a long look at the future.

The Summit’s morning session included a presentation from Boeing, one of the world’s leading aerospace companies, which is celebrating its 100th anniversary this year.

As part of the centennial celebration, Boeing offered Summit attendees a look at the company’s humble start delivering mail for the U.S. Postal Service and crafting planes for military service. Today, the company is a leader in commercial aviation and defense.

Boeing officials said the rich history only serves as inspiration to the company moving forward.

“We’re about inspiring the next generation of dreamers, doers and innovators, who are going to step up and lead the industry and advance the prospects and progress of the world for the next 100 years,” said Thomas Downey, senior vice president of communications for Boeing.

Boeing was not the only company that took time to celebrate aviation history.

German airline Lufthansa offered Summit attendees an update on the restoration of the Lockheed Super Star Constellation, which served as a popular passenger plane in the 1950s. Lufthansa now owns the plane, which is being restored with the support of the German American Aviation Heritage Foundation.

“The mission of preserving our important heritage matters a great deal,” said August Henningsen, Chairman of the Advisory Board for Lufthansa Super Star. “It’s our gratitude to the brave innovators, and a gift to share this with the next generation of brave innovators of tomorrow.”

Fliers are a demanding bunch, and when it comes to in-flight entertainment, they are practically insatiable.

During a panel discussion, executives from JetBlue, Global Eagle, ViaSat, Thales, and Amadeus IT Group, said one of their toughest challenges has been to add in-flight Internet service that is as fast and reliable as at home.

“We want an experience in the air just like the experience at home,” said Robin Hayes, CEO of JetBlue, one of the first companies to offer in-flight wifi.

Executives said they’ve made great strides in upgrading technologies to allow passengers to watch movies, play games and surf the Internet on their own smartphones, tablets and other devices.

“What we’ve realized is that it’s now very unnatural for people to be disconnected from their mobile device for hours,” said Mark Dankberg, CEO of ViaSat.

Executives acknowledged that it costs money to keep up with the technology demands and have looked for ways to partner with companies to get revenue from online services. However, they said it’s wrong to examine the issue in terms of pure revenue and expense.

“If an airline looks at this as an old-fashioned revenue play, it’s not going to work,” Hayes said.

NASA Is Not Just About Space

The aviation industry has long been involved in America’s exploration in outer space. And NASA, the agency in charge of the nation’s space program, isn’t just about leaving the atmosphere.

NASA administrator Charles Bolden spoke about the agency’s efforts to develop technologies that will make air travel faster and more efficient, as part of a proposed $3.7 billion government investment in “green” aviation.

“At NASA, our eyes are not only focused starward, but also focused skyward,” NASA Administrator Charles Bolden said. “We are all tremendously proud that every airplane and every air traffic control tower is equipped with NASA technology.”

Bolden said that after six years of research, NASA concluded that new technologies could save the commercial aviation industry $255 billion over 25 years, with a 900 million ton reduction in emissions.

Ed Waggoner, director of NASA’s Integrated Aviation Systems Program, noted that there is money in the agency’s budget to design and demonstrate a quieter and more fuel-efficient supersonic aircraft, under a program called New Aviation Horizons.

“We’re thrilled at the advancements we’ll make under New Aviation Horizons that will make our fleet not only cost effective, but environmentally friendly,” Waggoner said. 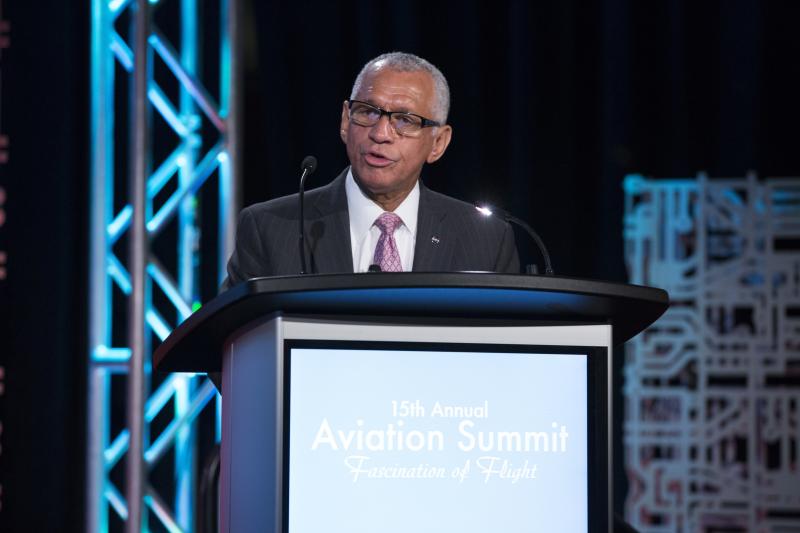 A Reminder to Remain Vigilant

The terrorist attack in Brussels on March 22 was on the minds of summit attendees, who expressed condolences to the victims and those affected.

Aviation and national security leaders said the attack served as a reminder of possible threats to travelers, but that there is no imminent threat to the U.S.

“The probability here is not zero, but it’s not as high as there for a number of reasons,” said Ret. Gen. Michael Hayden, a former director of the CIA and NSA. “Frankly, we’re pretty good at this. We are a tough target, we are more distant.”

Francis X. Taylor, Under Secretary for Intelligence and Analysis at the Department of Homeland Security, said the greatest threat to the U.S. is “home-grown” violent extremists who aren’t necessarily part of a broader terrorist network. He also cautioned that globally, there are concerns about insiders at airports, who might wish to smuggle weapons onto a plane. Airport and airline officials must play a role in helping prevent such incidents, officials said.

“This is a shared responsibility at the back-end of airports to ensure the safety of employees and [security] of gates they go through,” Taylor said. “It’s a partnership with the aviation industry that we’ll need to make that happen.”