The Bay Area is One Big Clean Energy Laboratory 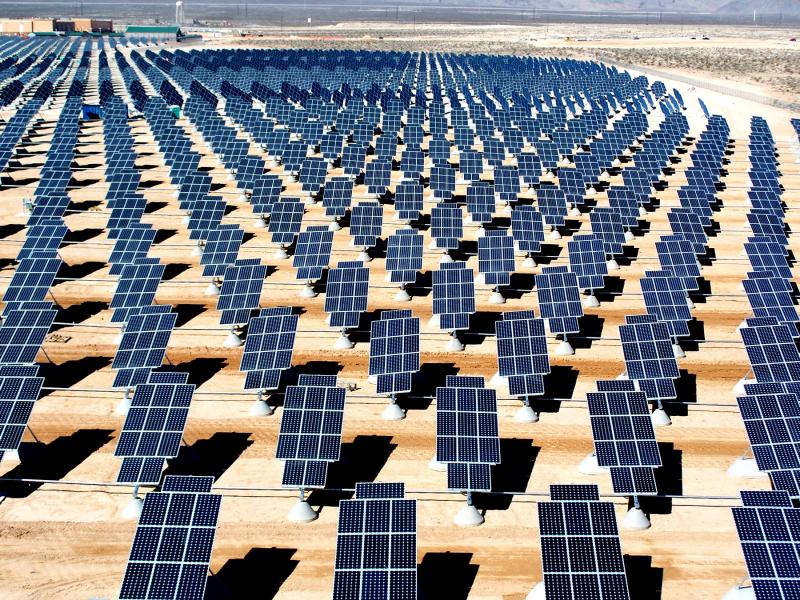 San Francisco punches above its weight in the energy industry. While the region’s energy sector can’t match Houston’s traditional energy hub, we discovered through a day of roundtable discussions organized by 1776 that the Bay Area has one of the highest concentrations of clean-energy firms in the world. It draws on its tech know-how and renewables mindset to drive real advancements in clean energy and analytics. Indeed, Northern California is like one vast clean energy lab with world-class research facilities.

Having great universities helps—particularly ones that specialize in the hard sciences. Energy, after all, requires what Liam Neeson once referred to as a “very particular set of skills.” The Bay Area doubles-down on this advantage by using its university campuses to incubate new entrepreneurs. As one entrepreneur gushed, “There’s a great culture of entrepreneurship in our area universities.” Universities are the key to making the whole energy industry in the area work.

Funding for clean energy initiatives is another of the Bay Area’s greatest assets—that is, for those firms that already have it. And those who’ve already raised the money have no problem hiring. What sets the energy capital market apart is the sort of patience needed by investors. It demands either a patient VC with lots of industry-specific knowledge or (more likely) a strategic investor, such as a large public company that considers clean energy a strategic play for the future. (Though this approach may come into question as larger oil and gas firms cut back on their investments in alterative fuels in the face of lower oil prices.)

Other startup leaders are more sanguine about the potential for VC investments in energy. Particularly for data analytics or building management firms, the bottom hardly dropped out of the market following the Great Recession. The big money has stuck it out in the energy market since then. The sector in turn has matured since 2008, with more sophisticated startups bringing in a longer-term focus.

A clearer challenge for the Bay Area is that it does not have enough intermediaries helping startups navigate the energy space. Put another way, there needs to be a bridge between the startup world and the large institutions that dominate the sector, whether they be public utilities or private behemoths. Intermediaries provide crucial relationships and knowledge while also serving as champions for startups. While it’s true that there are more energy accelerators in the Bay Area than ever before, there are also more startups around. The question local startups are asking is, what would be a sustainable business model for meeting this need for more intermediaries?

Piloting new technologies was another main worry of local firms. They feel that their backers are relatively risk averse and want examples in the Bay Area of success. This leaves firms with two options for testing and showing off their technology: partner with government or test their products on large corporate campuses.

Governments in other cities sometimes play a role in helping startups pilot their technologies in city buildings. San Francisco’s public utilities are small though, supplying less than a quarter of the city’s energy needs, mostly drawing on hydroelectric dams that are part of the municipal water system. It’s risk-averse as well, since whatever it implements must have no impact on rates or safety.

The city government has a number of policies designed to push clean energy innovation. San Francisco’s Office of New Civic Innovation helps startups navigate the city’s byzantine structure to find the right support. Even still, no one on the city side is tracking whether these programs have been successful, so it’s hard to tell if these programs are worth the expenditure.

This leaves large corporate campuses as the best option for startups. It appears startups are only now beginning to realize this opportunity. Measuring building efficiency may soon become a hot marketplace. Startups are likely to draw on the nearly $2 billion available through California’s Cap-and-Trade scheme.

The challenges facing the Bay Area’s clean energy startups are relatively small. With the right partners and more local intermediaries, the sector’s future is bright.