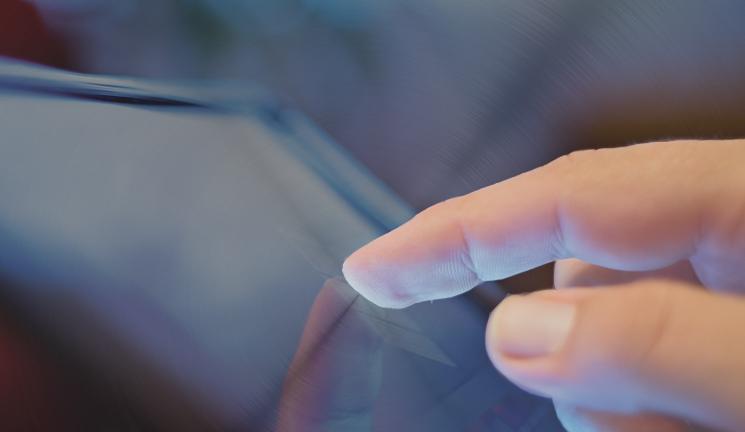 In the hit 1970s TV show, The Six Million Dollar Man, astronaut Steve Austin crashed a spacecraft and was near death before scientists decided to “rebuild” him. During the opening credits, the now iconic voiceover said, “We have the technology. We have the capability to build the world's first bionic man…Better than he was before. Better, stronger, faster.”

At the time, the world did not have the technology to fully replace injured limbs and eyes, and $6 million (then and now) is hardly enough to create a specimen with bionic improvements allowing him to run 60 mph with super-human strength. Yet, today there are rapid improvements in how machines and technology are being used to help patients recover from severe trauma and disease, with more groundbreaking innovation on the horizon.

Cutting-edge companies and the medical community are leading the charge in emerging technology sectors that will bring major changes in how we cure and heal the sick and injured. These innovative breakthroughs are not reserved for six-million-dollar secret agents. Incredible real-world research and innovation is blending humans and technology to overcome illness and limitations like never before.

Jan Scheuermann lives on the frontier of technological and medical innovation. More than a decade ago, Scheuermann was diagnosed with a degenerative neuromuscular disease that left her paralyzed below the neck. While unable to move her limbs, she recently lifted a chocolate bar to her lips, simply by thinking about it. A team of researchers, doctors, and scientists at the University of Pittsburgh implanted 200 electrodes in Scheuermann’s left cerebral cortex, allowing brain-machine interface technology to decode her brain’s motor signals and direct them to a robotic prosthetic. This groundbreaking capability was paired with an equally revolutionary prosthetic arm.

Since 2009, the Defense Advanced Research Projects Agency’s (DARPA) Revolutionizing Prosthetics program has been developing advanced upper-limb prosthetics, primarily for veterans who lost arms and motor function during military service. The result is the most advanced prosthetic arm in the world. It weighs the same and has nearly as much dexterity as a human arm, and like a natural limb, it is operated by signals from the brain. With a little practice, Scheuermann was able to manipulate the prosthetic arm in the same way she would move her own limbs.

For mobile patients with arm amputations, scientists have also been able to attach the advanced prosthetic directly to nerves, effectively giving them a replacement limb. Already, researchers are finding ways to use prosthetic sensors to send nerve impulses back to the brain, allowing the user to feel firmness in what they touch, an object’s movement and even temperature.

Other technological advances employ non-medical, everyday devices to aid in restoring function. The i-Limb Ultra Revolution from the prosthetic developer Touch Bionics is a versatile robotic hand with four fingers and a fully rotatable thumb that can perform a range of grips and gestures. In its latest innovation, users can control the hand with an iPhone application that adjusts the prosthetic to one of 24 grip patterns.

There are equally stunning advancements in restoring sight to people whose retinas have been damaged. Using electrodes connected to eye nerves, scientists have been able to simulate vision for some patients. One system uses a camera mounted on eye-glasses to transmit information to implants that stimulate eye nerves, giving the user approximations of letters. In short, a blind person can read without their fingers. Another system uses a light-sensitive retinal implant to create lines and colors that represent objects and movement. While these technologies do not allow patients to see in the same way a healthy eye perceives the world, and they are not the equivalent of Steve Austin’s bionic zoom-lens eye, they are using human-machine interaction to help patients regain some of what they had lost.

In even more groundbreaking research, scientists are already experimenting with brain implants that supplement lost memory function. Researchers at Wake Forest Baptist Medical Center in North Carolina and at the University of Kentucky implanted electrodes in the prefrontal cortex of monkeys, helping the animals form short-term memories. At the University of Southern California, a research team implanted a device in rats, which mimics neural signals to restore lost memories for a malfunctioning hippocampus, the part of the brain involved with forming memories. While the difference between a rat and human brain is enormous, with further development, this technology could help patients living with Alzheimer’s and other diseases hindering memory.

Progress is also being made on the microscopic level, supplementing the body’s ability to fight cancer. Researchers at the Harvard Medical School's Wyss Institute are creating nano-robots that seek out and kill cancer cells. The term “robot” is somewhat of misnomer, as the innovations are not mechanical so much as biological. Mimicking white blood cells, the nano-robots are made from DNA in the shape of a clam shell, held shut with a DNA lock. When the nano-robot encounters a cancer cell, the lock opens, releasing an antibody that kills the targeted cell. The same concept could be used for combating other diseases, and while these microscopic robots are not yet ready for the human bloodstream, clinical trials are on the horizon.

These marvels of medical innovation are already changing how human beings overcome disease and trauma, but progress comes with some risk. A researcher at the University of Reading received a small implant in his hand that unlocks secure doors and activates his smartphone – a remarkable innovation in itself. The scientist’s goal, however, was to show that hi-tech implants can be vulnerable to computer viruses. He intentionally “infected” his hand implant with a virus that was then passed on to external computer systems. The purpose of his experiment was to show the potential risk to increasingly sophisticated implants. Viruses could disrupt bio-technology or disrupt other kinds of software. What is more, while there are only a couple of people in the world capable of constructing nano-robots, the potential for an engineered nano-virus is chilling.

The private sector, medical research community and government initiatives are creating products and solutions that will define healthcare in the coming decades, if not centuries. Once the sole province of science fiction, the union of people and technology is already occurring, improving lives and bringing a new era of world-changing innovation.  Along that pathway there will be lots of questions and challenges that come about, but one thing is for sure – lives are truly going to change.