U.S. Chamber of Commerce Foundation / Is Data a Traded Commodity?
General Foundation
May 21, 2014

Is Data a Traded Commodity? 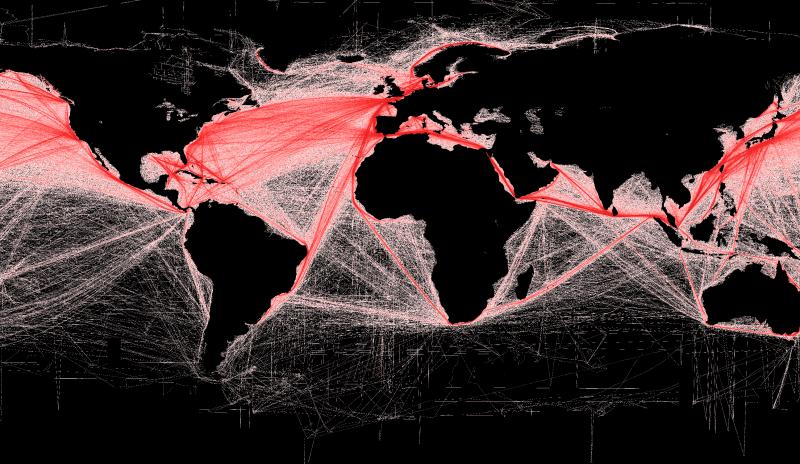 The first transatlantic cable went live in 1858, and from that point communication was forever changed. For the first time in human history, information could travel faster than a ship or horse. Today, submarine cables blanket the ocean floor (and, in the United States alone, more than 6.7 terabits of data flow across country’s borders per second—that’s more than 6,000 DVDs per minute.

Like the telegraph and telephone, the Internet has changed and continues to change not only how we communicate but also how we trade. Transactions are faster and geographical distance matters less and less. Internet connectivity has already brought enormous benefits to companies and consumers. Many of these benefits, from higher productivity and efficiency to consumer surplus, are not even directly captured by traditional economic measures, such as GDP growth. But their contribution to economic and social life is well-known. 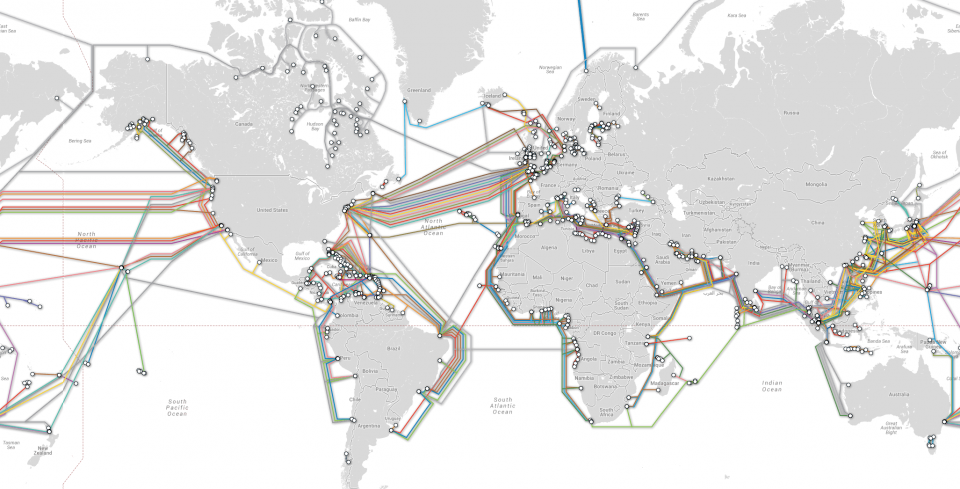 Moreover, as the cost of connectivity decreases, more people will benefit. What is distinctive about Internet connectivity is that it enables countries and companies, regardless of location and size, to trade directly (without intermediaries) with other entities around the globe. Thus a recent eBay report conducted by Sidley Austin LLP concludes that a “parallel model for trade is emerging,” which “enables business of all sizes to trade directly with consumers around the world.” This is especially beneficial for increasingly-connected emerging markets. The report went on to find that “Internet access has grown by over 300% in developing and emerging markets between 2004 and 2012.”

But the advent of the data age is more than another information and communications technology (ICT) revolution. As important as these changes are, they do not represent a difference of kind. Information has been transmitted at near light-speeds via submarine cables for over a century-and-a-half. What makes the data-driven economy something completely different is that, for the first time, trade is not only faster, more efficient, and widespread, but the nature of trade itself is changing. 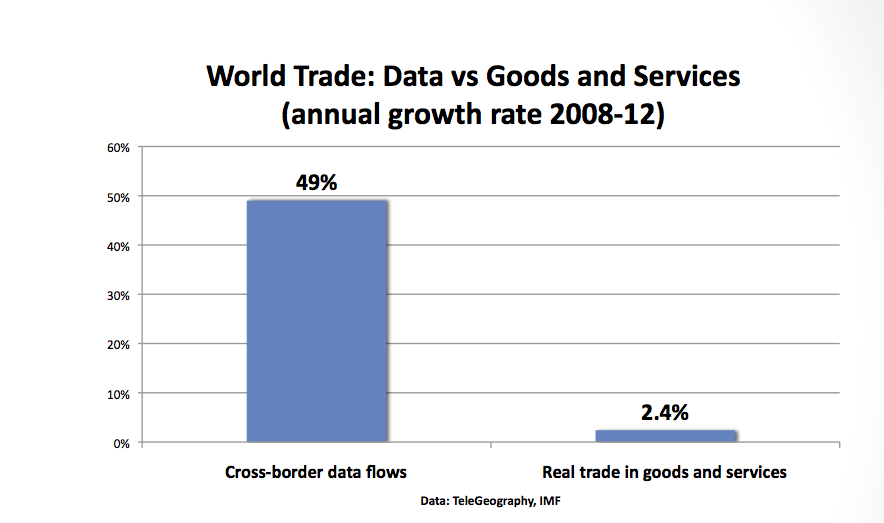 Traditional economic categories do not capture this transformation. As the Progressive Policy Institute’s Michael Mandel puts it, “Cross-border data flows are not tracked as a separate category in trade statistics. Instead, cross-border trade involving data is lumped in with trade in services.”  But Mandel points out that those data technologies are not services: “Data is intangible, like a service, but can easily be stored and delivered far from its original production point, like a good.”

According to Mandel, construing data-flows in this way grossly underestimates their positive contribution to the new and increasingly global data economy. Regardless of how economists resolve such questions, one thing is certain: the scale of this transformation is not fully accounted for by current metrics.
Data-flows should not be thought of as services, but instead what Carlota Perez calls “key factors.” These are “core inputs,” such as iron, coal, steel, and oil, “which became so cheap and universally available” at a certain period “that they gave rise to a potentially vast array of new fact combinations.”  Similarly, like natural resources, “the production and use of data should be treated as a fundamental component of economic activity.” And as Mandel notes, unlike traditional goods, data are readily replicable so that if one party shares its data with another, the first suffers no loss. (This has a corresponding risk, namely that proprietary data may be more easily stolen via replication.)

Such taxonomical issues are more than academic. How we think about data—whether it is just another service or something more—will impact how we frame regulations, domestic and foreign. Whatever the challenges and anxieties of data-sharing, whether related to privacy or security, regulators at home and abroad will be forced to struggle with the fact that data-flows are not mere byproducts. Rather, they are core inputs in an expanding data-driven economy.

The inclination to protect these inputs is understandable. Yet “data protectionism,” like all protectionism, comes at a price. These and similar data trade barriers may be the newest obstacle on the frontier of the data revolution.