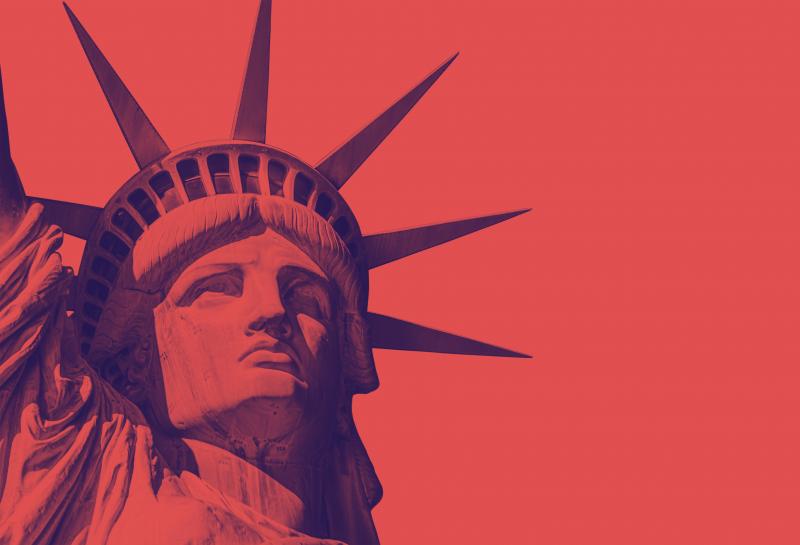 We face strong headwinds from those who seek to undermine liberal democracies, as well as those who are apathetic or don’t know any better.

It’s not enough to say you’re a democracy. Self-governance takes work. To reap the economic benefits of a democracy, society must embed core democratic principles in all of its activities. That includes such foundational concepts as rule of law and civil liberties, both of which engender the kind of long-term stability that enables prosperity.

The events of the last few days raise serious questions about the health of our democracy, as do the poll results that one in five respondents are OK with what happened at the U.S. Capitol when Congress was counting the electoral votes for president.

That might be why three in four Americans told the pollsters at Quinnipiac University they’re worried that U.S. democracy is under threat.

Rebecca Henderson did a good job explaining why this matters to the private sector in a recent article for Harvard Business Review, noting:

From where I sit, business is the ultimate symbol of the healthy collaboration that occurs in a democracy.

But democracy is a crucial enabler of free enterprise. As a retired jurist noted during a roundtable discussion we hosted on civics education, our entire corporate system is based on a shared commitment to rule of law. Without that, few of our modern business practices would exist.

Those practices grew out of the hardscrabble existence in the American Colonies. By 1810, Alan Greenspan reminds us in Capitalism in America, the new nation was generating more patents per capita than other country, creating opportunities based on merit for entrepreneurs with innovative products and business practices enabled by a unique culture.

Economists may argue about the causal relationship between democracy and economic growth. (“Democracy Does Not Cause Growth” vs. “Democracy fosters economic growth”) But it's pretty clear that democracies promote, over the long haul, greater prosperity and peace.

At a really basic level, business and government are interdependent. “If American business does not prosper and expand, this Government cannot make good its pledges of economic growth,” President Kennedy said in an address before the U.S. Chamber in 1962.

It was based on an understanding of that relationship, and the importance of democracy to the foreign policy interests of the United States, that the U.S. government decided in 1983 to set aside funding for private enterprise development programs of the U.S. Chamber Foundation that eventually grew into CIPE.

It is essential for the world’s democracies to educate their people about the importance of self-government to our continued peace and prosperity. And it is just as important for business leaders to defend the long-term health of democratic governments, and the ideals they represent.

That’s the point the U.S. Chamber’s guests made during a special segment on business and democracy during its annual State of American Business program. Click here to watch that panel discussion.

U.S. Chamber of Commerce Foundation Launches Ambitious Civics Initiative
Election 2020: Our Country Needs a Calm Voice, and Business Can Provide It
5 Essential Tools to Teach Your Kids About Civics While Homeschooling