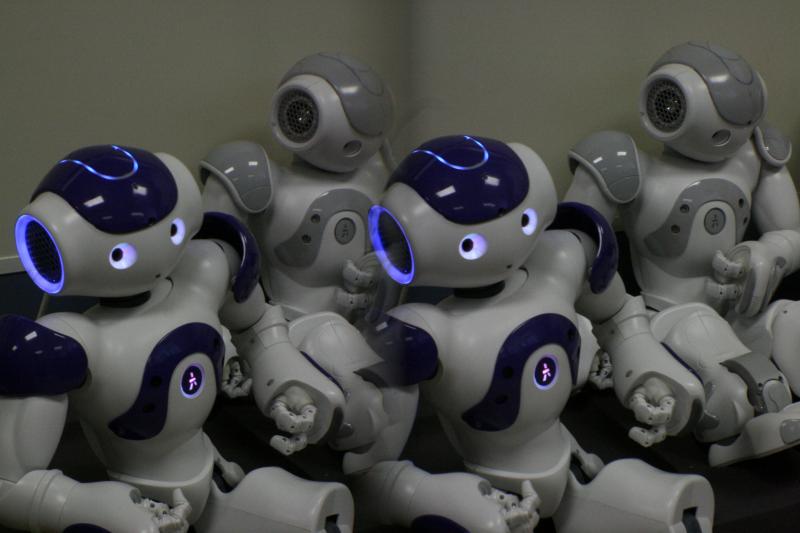 The day is coming when we will look back on our stagnant age and see it as a mere downbeat to a crescendo of growth and prosperity. Much of the credit will go to the rise of robotics. But there’s a lot that can happen between now and then, and the odds are that a lot of people will be left hurting in the wake of increasing automation. Low-skilled workers will likely feel the greatest pinch in their pocketbooks; the middle-skilled may find themselves aimless without proper retraining. They will each call for policies to ease the transition. But how should we do this well?

Nesta, a British charity promoting innovation, brought together a gaggle of today’s brightest minds, many of them noted economic bloggers, to explore automation’s impact on people and the economy. The book Nesta ultimately compiled, Our Work Here Is Done, asked, how should society respond to the rise of robots?

We are entering a period of rapid technological change familiar only to those nursed in the Industrial Revolution. These times will, as a result, seem foreign and unfamiliar. Old ways of doing things will give way to the new.  In Our Work’s opening chapter, Ryan Avent concludes that most of us will respond by measuring progress according to the risk of concentrated pain rather than by the potential for diffused good. This makes focusing on the human side of the equation that much more important.

But will the human gains from automation be all that widespread? Noah Smith channels his inner Thomas Piketty by lamenting the prospect of extreme inequality brought about by increasing returns from capital goods (i.e., robots) going almost exclusively to their wealthy owners. He flirts with greater redistribution through the taxman’s grabby hands, but in the end he rightly considers how best to increase capital ownership, which ultimately comes through more entrepreneurship. In other words, if we’re worried about fat cats wielding a robot army, we should make it easier for everyone else to get their own little automated platoon.

The spread of robotics won’t simply influence wages, though. It will affect the price of what we spend our wages on. And in this picture the outlook is much brighter, particularly for those strapped for cash. An abundance of robots will help bring about an abundance of goods, thus sharply bringing down prices for consumers. This effect will play out over a longer term than with the employment picture, making it vital that government and the private sector think and invest with the future in mind.

We are still faced with the jobs question though: How to compete with robots in an age when “average is over”? The highly-skilled occupy the commanding heights of our high-tech economy; the rest of us mingle below. Work is intrinsic to human dignity, after all, so we can’t simply order up a life of leisure for the lesser-skilled without sacrificing their innate humanness.

The answer is to not compete with robots at all. Rather, we should work in partnership with such technologies. The result will be greater productivity than we could enjoy with either purely manual or purely automated production. As Frances Coppola writes:

Working in partnership with machines, humans will have far more opportunity to use their creative and problem–solving capabilities than they do when most of their time is taken up doing boring routine jobs. … Technology makes it easier to work. Technological advancements should increase the workforce, as people with health and disability problems are able to enter the workforce supported by assistive technology and a more flexible approach from employers to working hours and places.

Robots bring opportunity and prosperity, and for that they should be welcomed. But we mustn’t forget the costs of creative destruction. They often prove fleeting and small relative to what’s gained, but they remain the fuel for the grievances from which bad policy springs.

“Embrace the robots,” then, “but do so with humanity.”