The Anheuser-Busch brewery in Fairfield, California, is an excellent example of the company’s continuing commitment to help protect the environment and its local communities. Fairfield is the leader in renewable energy technology for Anheuser-Busch InBev breweries around the world. The brewery is currently using “green” energy provided by an onsite solar array and wind turbine to provide on average 15% of its electricity needs. In 2014, the brewery is planning to install a second wind turbine to expand use of green energy. 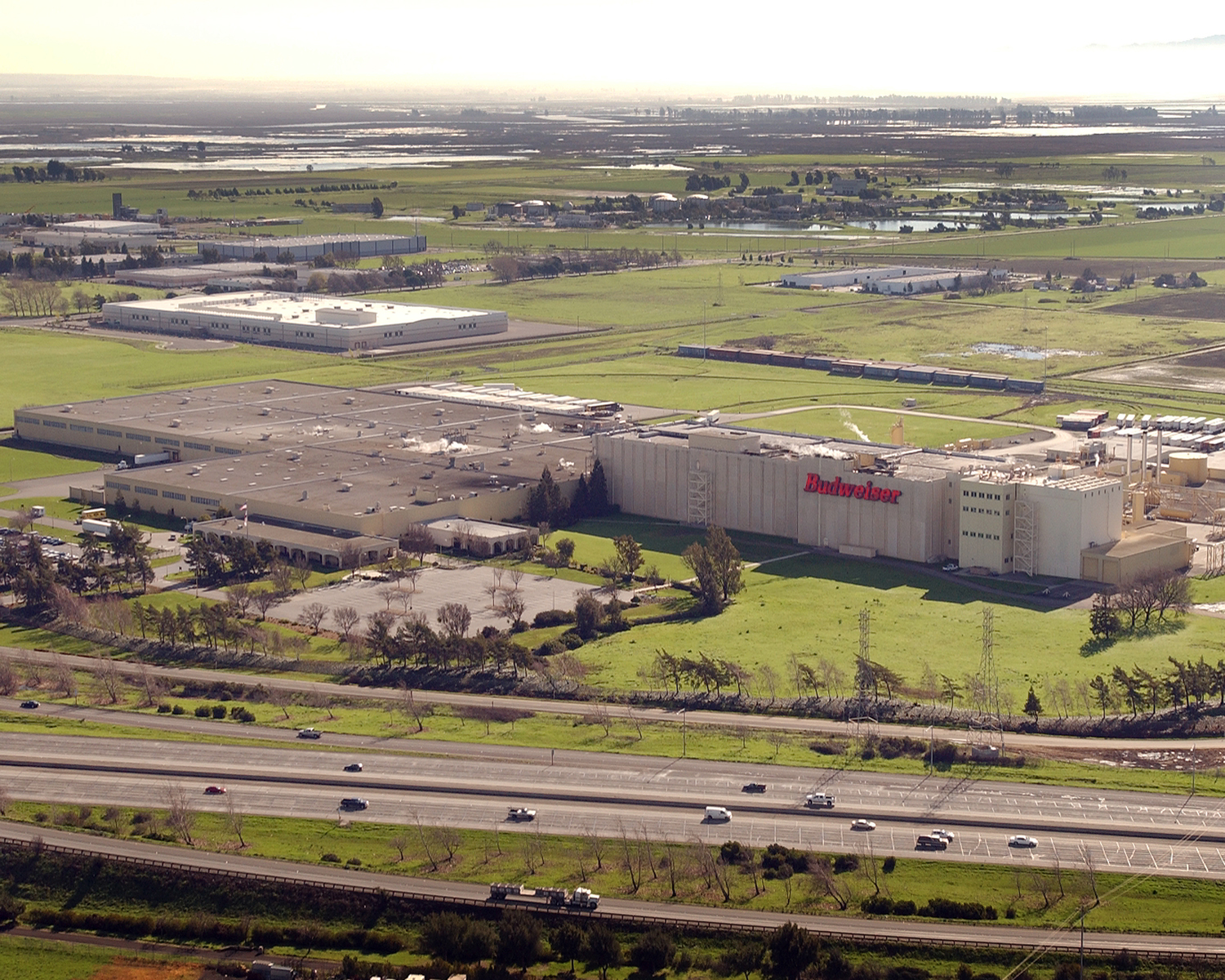 In addition, the brewery is using an anaerobic digester system to generate biogas from pre-treatment of brewery wastewater. This biogas supplies 15% of the brewery’s natural gas fuel requirements. The brewery has also used innovation to drastically reduce water use by more than 45% since 2006, and has a recycling rate of more than 99%. Anheuser-Busch wishes to improve its business by saving money on electricity expenses, and to decrease the greenhouse gas emissions associated with the Fairfield facility. The brewery’s solar and distributed wind energy projects help it achieve both of these goals. Energy is a large proportion of Anheuser-
Busch’s total operating costs. The use of solar and wind power improves the energy efficiency of Anheuser-Busch’s operations, reduces cost, and decreases greenhouse gas emissions from the facility. As a result, the brewery has improved its economic competitiveness, which will help sustain the facility and tax base for the city.

The environmental benefits of these projects are significant. These combined renewable energy sources produce 5,400 megawatt hours of electricity in an average year, enough to power 609 average American homes.

Its ongoing efforts have earned numerous recognitions for the brewery, including being named Food Processing Magazine’s 2013 “Green Plant of the Year.” By working to make its operations both more efficient and sustainable, Anheuser-Busch returns value to not only its business, but to the communities in which it operates. The key to the success of the Fairfield brewery’s conservation efforts is its employees. Their day-to-day efforts and ongoing suggestions have truly made an impact in reducing the brewery’s water, electricity, and fuel use, as well as in increasing recycling
efforts. However, these efforts do not simply stop inside the brewery, but continue outside as well. Fairfield’s employees have participated in numerous community events to help clean up and protect local watersheds that include the Suisun waterfront and its primary water source, Lake Berryessa.

[Editor's Note: This case study was featured in Achieving Energy and Water Security: Scalable Solutions from the Private Sector.]

08/16/22
Strengthening Communities Through Partnership: A Look at the 11th Annual Building Resilience Conference