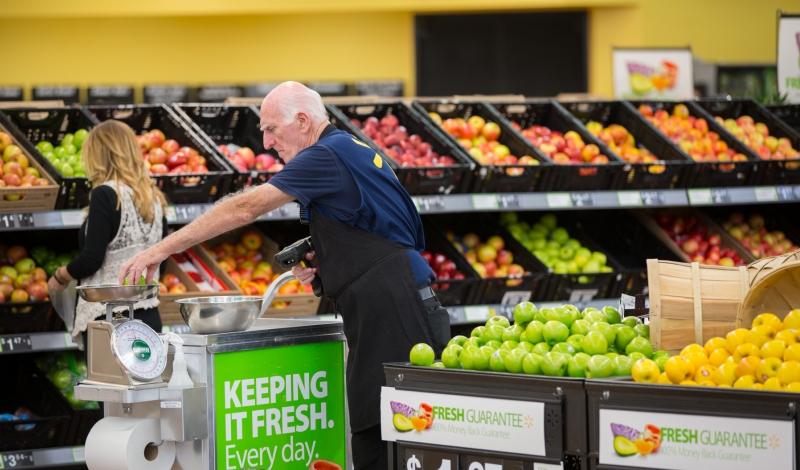 The circular economy promises big opportunities for companies to drive growth, performance, and innovation. It represents a reward of $4.5 trillion in additional economic growth by 2030, according to research from Accenture. However, taking the vision of a circular economy in which everything is reused and nothing is wasted, and translating that into tangible business best practices can be challenging.

The U.S. Chamber of Commerce Foundation Corporate Citizenship Center, a nonprofit organization driving the circular economy in the U.S., is releasing a new case study report in June featuring examples of how companies are translating circular economy aspiration into action that drives greater resource productivity improvements, eliminates waste and inefficiency, and contributes to a stronger competitive economy.

Here are a five companies featured in the report that are leading the circular economy transition in the U.S. and Canada:

Projections show that between rapid population growth and urbanisation, it is expected 70% or about 2.5 billion more people will be living in cities by 2050. Having so many people in highly concentrated environments can cause the temperature of cities to rise—known as the “urban heat island effect.” The difference could be as much as 22 degrees Fahrenheit at night, increasing energy demand and cost, greenhouse gas emissions, and pollution. The Dow Chemical Company is collaborating with governments, associations, and NGOs around a key solution –“roof cooling,”—roofs with high solar reflectance. Existing roofs are retrofitted by utilising a thick, white, monolithic solar reflective elastomeric coating that is applied over flat and slow-slope roofs. Dow’s CENTURION™ roof binder helps improve the cool roof’s performance, while extending the life of the roof and reducing energy use.

In the U.S., more than 4 billion pounds of carpet is landfilled every year, making it one of the most common products in landfills today. DSM-Niaga is a joint venture that is producing the world’s first and only fully recyclable carpet. The Niaga® Technology for carpet production is based on using a simple set of clean processes, ingredients, and materials that make the product 100% recyclable. This includes not using latex as an adhesive in the manufacturing process. After the carpet is used, it is sold back to the manufacturer and turned into new carpet. The name “Niaga” means “Again” spelled backwards, as in true circular fashion, it can be used again and again and again.

Global solid waste volumes are projected to increase from 1.3 to 2.2 billion tons of trash by 2025. This is a lot of garbage for cities and communities, in which many are already struggling with how to manage their waste. Enerkem uses municipal solid and non-recyclable waste as a feedstock to manufacture biofuels and renewable chemical products. Enerkem’s facility in Edmonton Alberta is the world’s first commercial biorefinery of its kind that will process 100,000 dry tons of sorted municipal solid waste annually to produce a synthetic gas and convert into a low-carbon transportation biofuel, enough for 400,000 cars on a 5% ethanol blend. Enerkem will help the City of Edmonton increase its recycling diversion rate from around 50% to 90%.

Water scarcity is an urgent, global issue. It affects every continent and more than 2.8 billion people at least one month out of the year. Globally, water demand is projected to exceed supply 40% by 2030. In the United States, hundreds of communities and businesses are at risk of severe and sudden water shortages, due to lack of supply or contamination. The groundwater aquifer that supplies the Ramapo River Watershed in Rockland County New York is an important source of drinking water for more than 1 million regional residents, and was becoming particularly dry during certain months of the year. Veolia Water Technologies partnered with Rockland County to design, build, and operate the Western Ramapo Advanced Wastewater Treatment Facility, a 1.5M gallon-per-day wastewater reclamation plant to help both replenish the aquifer and keep the Ramapo River and surrounding watershed clean. Equipped with sequencing batch reactors, the plant extends the typical water aeration process and champions a unique type of microfiltration in which the effluent is treated and fed back into the aquifer, ensuring a healthy and sustainable supply.

Approximately 30-40% of food in the U.S., or 36 million tons worth $161 billion, goes to waste annually, much going to landfills with no beneficial resource recovered. Through Walmart’s food donation program, food banks pick up unsold food from Walmart stores, Sam’s Clubs and distribution centres and provide that food to people who need it. Since 2005, Walmart has donated 3.3 billion pounds of food, including more than 600 million pounds in FY17. But what about inedible food? Walmart launched an organics program in 2009, which is currently comprised of 78 haulers and 352 outlets to recycle food waste for animal feed, anaerobic digestion, and commercial composting. Since inception, the organics program has recycled the equivalent of more than 25,000 semi-truck loads of inedible food.

More examples such as these will be featured in the case study report released at the U.S. Chamber Foundation’s Sustainability and Circular Economy Summit, From Aspiration to Implementation, June 26-28 in Washington D.C.  At this event, participants will have the opportunity to explore ideas, innovations, technologies, and partnerships needed to leverage winning circular economy strategies that enables business growth, economic prosperity, ecosystem health, and community well-being. Click here to attend.

Expanding Beyond 34: Scaling Circularity for a Sustainable Economy to a Region Near You
U.S. Chamber Foundation, PACE and Philips Expand Capital Equipment Coalition to North America
Building Sustainable Communities Through Local Action Amid a Pandemic