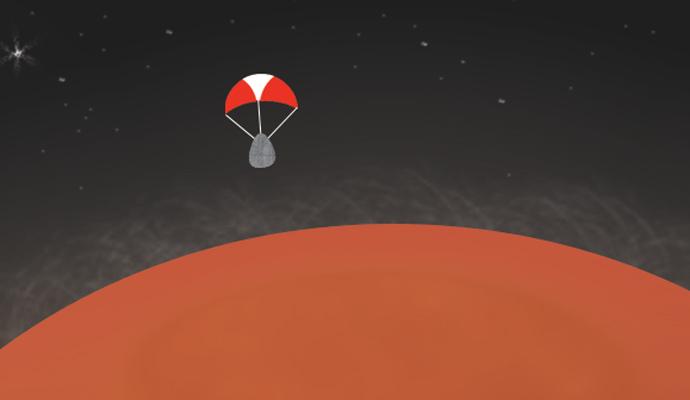 There is currently a one-ton Mini Cooper-sized vehicle exploring Mars—the Curiosity rover. Successfully landing Curiosity was a coup for NASA, the Jet Propulsion Laboratories (JPL), and the many companies that helped build the rover. Curiosity celebrated its one year anniversary on Mars in August, and it has already made impressive discoveries that have led to new conclusions about the Red Planet. To be sure, Curiosity’s full operation on Mars is the definition of success. Yet, its mission is just the latest endeavor in a series of Mars missions that began back to the 1960s. Of the dozens of probes and crafts sent to Mars over that time, about two-thirds have failed to complete their mission.

We sometimes have selective memory in recalling success and failure. It is easy to take success for granted. When we look at great businesses, new discoveries and stunning accomplishments, we can often forget how difficult success really is. In most cases, success is the exception, not the norm. Venturing to Mars is a perfect example.

Failure After Failure on Mars

NASA scientists and engineers did not wake up one day and intuitively know how to safely put Curiosity on Mars. The vehicle is six times heavier than anything previously sent to the Red Planet, and it entered the Martian atmosphere (which is one-hundredth the thickness of Earth’s) at 13,500 mph. It was the most ambitious Mars mission yet, and Curiosity’s success was built on decades of failure.

In the 1960s, the former Soviet Union made numerous attempts to send probes into orbit around Mars. They failed every time. NASA’s Mariner 4 passed Mars in 1965, offering the first close-up photographs of Mars; less often remembered, however, is Mariner 3, which failed. NASA scored another world’s first when Mariner 9 became the first spacecraft to enter Mars orbit in 1971; Mariner 8, however, never even got off the ground before it was destroyed in a launch vehicle failure.

In 1971, the Soviets’ Mars 2 spacecraft became the first man-made object to reach Mars … when it crash-landed on the surface. Russian scientists achieved a slightly better result when Mars 3 landed safely later the same year. Mars 3 transmitted precious data for about 14 seconds before it went silent, never to be heard from again. Throughout the 1970s, the Soviets and the United States improved their ability to hurl spacecraft into Mars orbit using knowledge borne of failure. In 1975, NASA successfully landed the Viking 1 and 2 crafts, after which missions to Mars took a brief hiatus.

“They were very careful shortly before the landing,” he said. “They were all managing expectations, saying, ‘well, the odds are against us.’”

The odds were absolutely against success, particularly because Curiosity was NASA’s most complex Mars mission to date, even more so than the 2003 Mars Exploration Rovers (both of which were stunning successes in their own right). It was also using for the first time, a brand new type of landing system (the “sky-crane”) that had never been tried before with any type of spacecraft anywhere. The tension filled landing was described by many participants as minutes of “nail-biting terror,” because they really didn’t know if this effort was going to be added to the list of Mars almost visitors, or celebrated explorers.  Yet, Curiosity did land safely. That success is all the more impressive when looking back on the near-constant series of failures in the decades before. Putting Curiosity’s success in perspective magnifies appreciation for just how much NASA, JPL, Siemens, and others accomplished with Curiosity. Yet, they could not have achieved this without all the lessons learned through failure. In fact, failing is an integral part of exploration.

The Benefits of Failure

National Geographic recently hosted a Google+ Hangout featuring successful scientists talking about some of their “epic fails.” Anthropologist Agustin Fuentes journeyed to Borneo in search of the maroon leaf monkey. He did not find it, and after a long search in the jungle, he couldn’t find his way back to civilization either. Lost in treacherous terrain with night coming, a helpful Orangutan led him back to safety.

“Early in my career, I wanted to study those things on the edge, the hidden things, the last remaining species or something like that,” he said. “I failed in my experience in Borneo.”

Though Fuentes did not find the mysterious leaf monkey, being led by a primate cousin through the jungle gave him a new focus for his research and life’s work.

“My failure trying to find the last thing out there led to many successes exploring how animals can exist in the world with people,” he said. “In science, failure is how we learn.”

In 2010, Jill Heinerth traveled to the Siwa Oasis in Egypt, an isolated settlement from the time of Alexander the Great. She went in search of a network of underground caves, and she found nothing. Earlier in her career, she also explored caves inside a giant iceberg. After nearly becoming trapped inside and barely escaping with her life, the iceberg endured a series of environmental changes and exploded. Both of Heinerth’s explorations could be deemed failures, in as much as she did not fully achieve what she set out to accomplish. Yet, in both cases, she made new discoveries—successes borne of failure.

“Seeing a new thing or exploring a new place requires that you push the envelope,” she said. “That often means embracing fear, whether it’s fear of personal harm or fear of failure.” She added: “If you're not willing to fail, then you’re not exploring. You can sit in front of the TV for your whole life like a lump of meat, and you’ll never fail at anything.”

[NOTE:  The September 2013 issue of National Geographic Magazine features another great article on this subject, written by Hannah Bloch, called, “Failure is an Option: Where Would We Be Without It?”  Give it a read.]

Starting a new business or creating a new innovative invention is as exploratory as venturing into the Bornean jungle or driving around on Mars. While possessing some knowledge of the competitive terrain, entrepreneurs nevertheless move through parts unknown, attempting to decipher the consumer appetite, potential for growth and how best to compete in a globalized marketplace. There is inherent risk in any lofty endeavor, and as with explorers, entrepreneurs run a very real risk of failure. Yet, a failed business does not mean an entrepreneur is a failure, provided they learn from their experience and most importantly, try again.

Had the world stopped reaching for Mars after failed missions in the 1960s, there is no chance Curiosity would today be driving through red dust on an alien planet. You could say the same thing about Curiosity’s older space faring cousin, the Hubble Space Telescope given its first days of operation as well.

For as much as we all find ourselves in jaw dropping awe of the imagery that the orbiting space telescope has produced in its twenty-three years of operations, it’s easy to forget that upon turning the switch “ON,” in 1990 shortly after it was deployed into orbit, it too started as a failure.  The telescope that literally could not see clearly was subsequently fixed and as a result, every astronomy text book in the world has changed as a result of its works.

These same scenarios could easily be seen throughout the private sector, where hugely successful ventures came on the back of an entrepreneur’s initial failure. In fact, an entrepreneur is more likely to succeed after previously failing. A Kaufman Foundation study determined the survival rate for businesses is higher for entrepreneurs who had failed before than it is for first-timers.

For many business owners, failure is what allowed them to become better entrepreneurs. The lessons learned and experiences gained informed future endeavors that helped them better succeed and compete. Failure in the strictest definition is almost a misnomer. The road to success is littered with attempts that did not achieve the intended goals but nevertheless profited the explorer and entrepreneur valuable experience, without which they could not ultimately achieve success. Failure is an inevitable, necessary element in business. So here’s to the losers. Odds are they won’t be losers for long and often what they find will reveal itself to be worthy of even greater exploration.