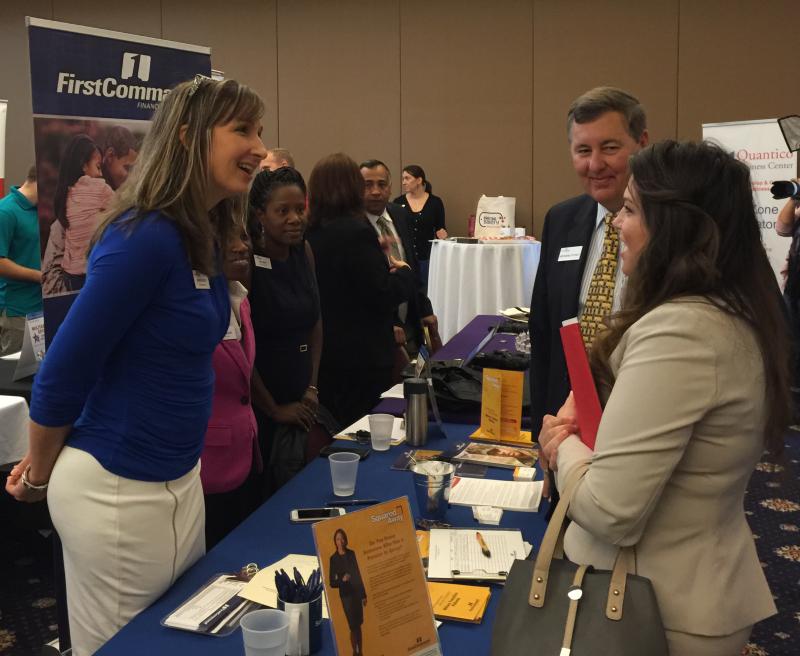 As Hiring Our Heroes rolls through 2016, already preparing to close out a very active February, our “Year of the Military Spouse” efforts are in full swing around the country and internationally as well. Our Military Spouse team has been on the road coordinating efforts with our public, private, and nonprofit partners to ensure that the topic of military spouse employment remains at the forefront of today’s complex business community throughout this entire year.

Just this month, our military spouse program hosted incredibly active and well-attended networking receptions and hiring fairs at Joint Base San Antonio in Texas, Joint Base Lewis-McChord in Washington, and Camp Pendleton in California, as well as a workshop for job seekers at Carlisle Barracks in Pennsylvania. The aim of all of these events was to connect military spouses with meaningful employment opportunities, as well as equip them with the tools, resources, and skills they will need to be successful while navigating the job market.

Our recent acquisition of the nonprofit organization In Gear Career (IGC) has been instrumental in expanding our reach into the spouse community, not only here in the United States but for military families stationed overseas as well. This month, for example, the IGC chapter in Bahrain (yes, Bahrain) hosted workshops centered on networking tactics and job hunting tips to a group of military spouses stationed there.

Looking ahead into the coming months, April will see HOH’s military spouse team hosting a networking reception in McLean, Virginia, where we plan to make major announcements in conjunction with support from our Military Spouse Employment Advisory Council. The event will be held at Capital One’s corporate headquarters, and will feature resume review for job seekers, professional LinkedIn profile photography, and opportunities for spouses and military families to connect with hiring managers and talent acquisition specialists from top military-friendly companies.

Lastly, we know that if companies are only developing military hiring strategies aimed at onboarding veterans, they only have half a strategy.  Our Business and State Engagement team has been traveling nationwide to encourage businesses to learn more about what military spouses bring to the table in the way of hard and soft skills to benefit any company’s bottom line.

As HOH nears its five-year anniversary at the end of March, we look forward to continuing to beat the drum for military spouses throughout 2016, advocating for a laser-like focus on reducing military spouse unemployment, and working towards the goal of finding a great career opportunity for every military spouse who wants to work.