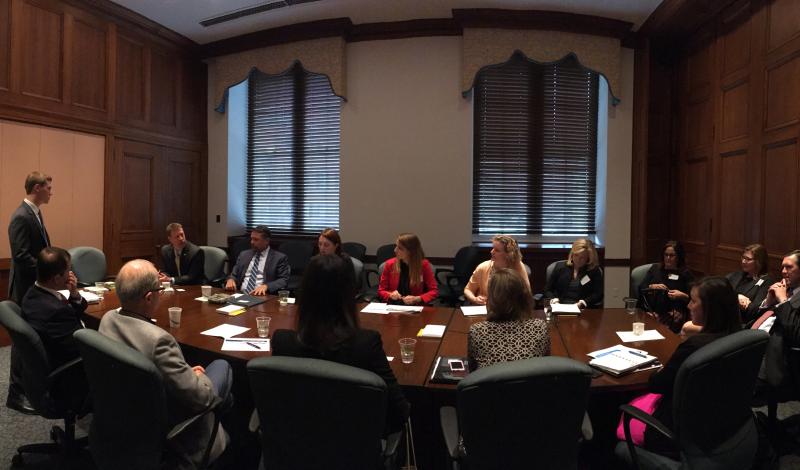 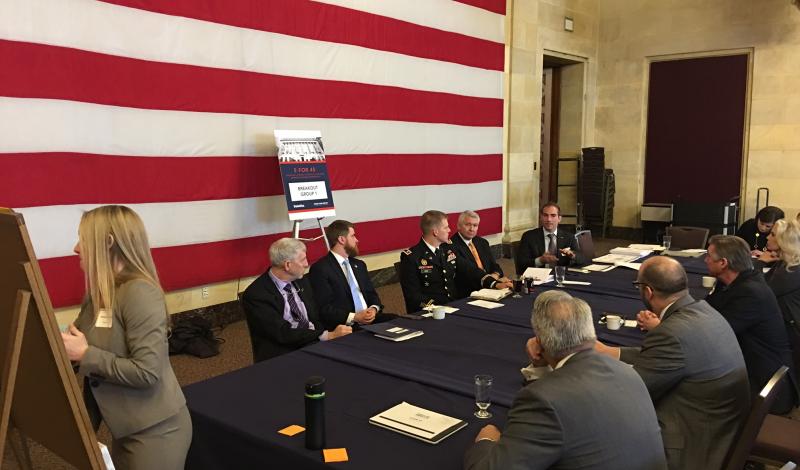 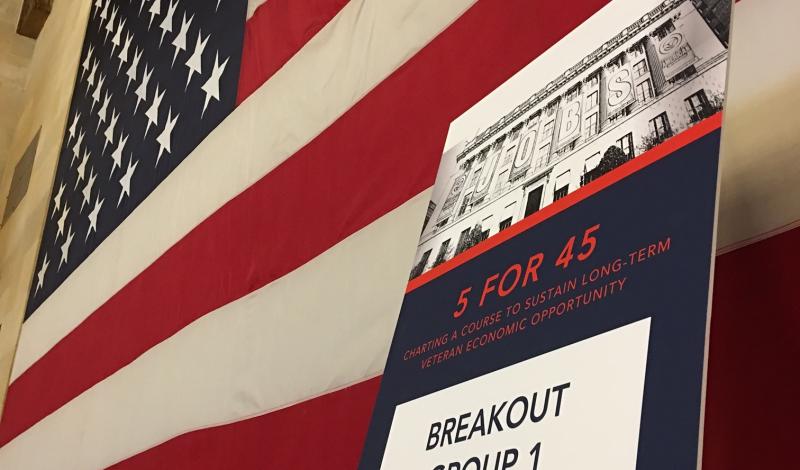 In March 2017, Hiring Our Heroes, together along with Deloitte and Blackstone, hosted an interactive discussion with a group of nearly 40 military family-friendly public and private partners to explore ways to improve the efficacy of initiatives and programs that seek to support our military families as they approach the point of making their military-to-civilian career transition. The March meeting, 5 for 45: A Call to Action Charting a Course to Sustain Long-term Veteran Economic Opportunity, became an ongoing conversation including a series of partner efforts such as the George W. Bush Institute's Stand To National Veterans Convening in June 2017 and, more recently, Edelman’s 2017 Veteran Well-Being Survey and study released in October 2017.

Through this discourse, we identified seven recommendations segmented into three action areas where we can collectively make a positive impact on the physical, emotional, and economic well-being of one of our nation’s valued communities, our military veterans and their families:

WE IDENTIFIED THREE ACTION AREAS WHERE WE CAN MAKE A POSITIVE IMPACT ON OUR MILITARY VETERANS AND THEIR FAMILIES.

In the spirit of formalizing our commitment to continue advancing the conversation, our collective group has now formed the Veteran Employment Taskforce. Over the next three months our working groups will meet to refine scope and develop action plans for each of the recommendations in the three areas listed above. During this time, we will strive to expand our knowledge-sharing and look for new intersections where we can provide valuable “hows” to making progress forward while not duplicating efforts nor missing opportunities.

As we move towards 2018, we will begin to dive into each of these new commitments to our military families and share the taskforce’s findings across various platforms. Make sure you follow Hiring Our Heroes on Facebook, Twitter, and LinkedIn to engage with the Veteran Employment Taskforce partners and findings.