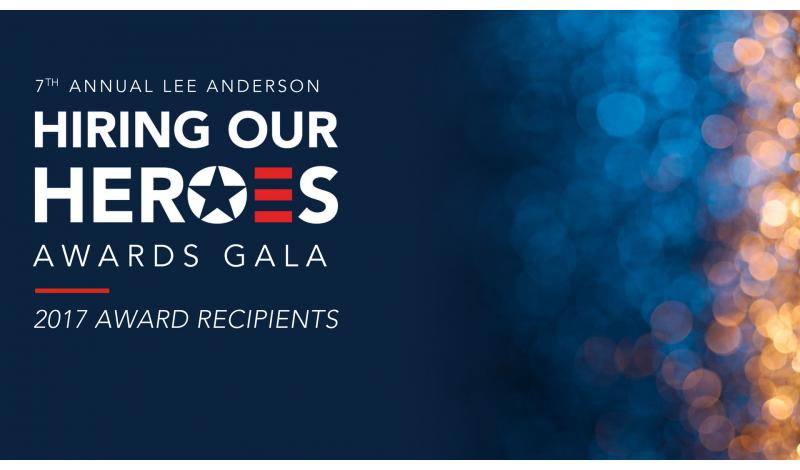 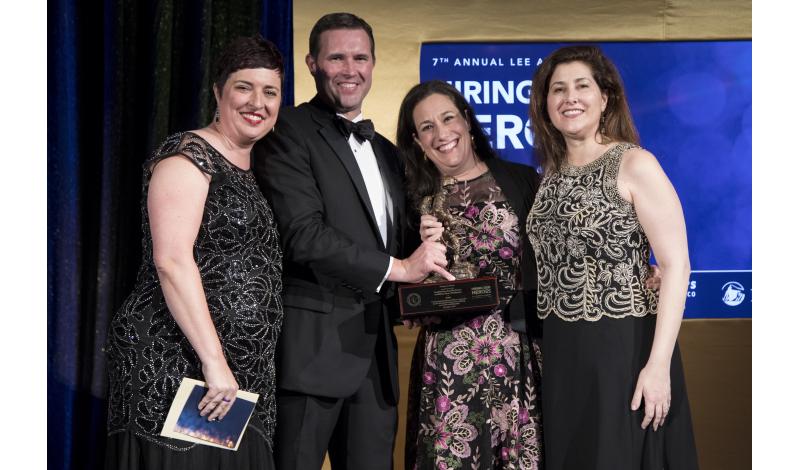 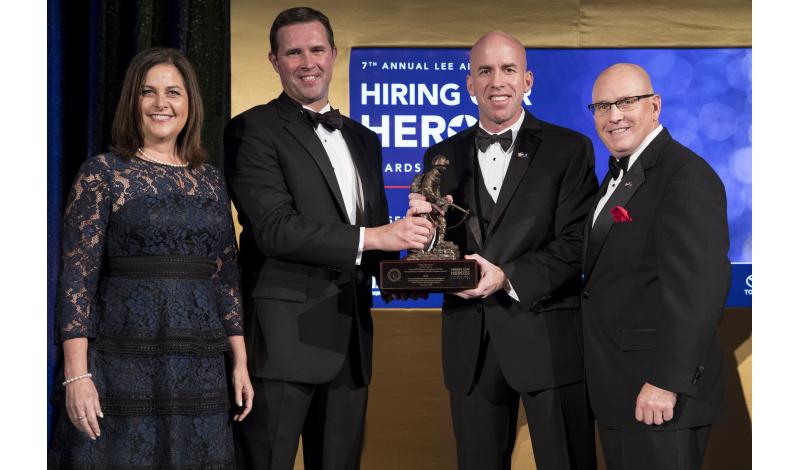 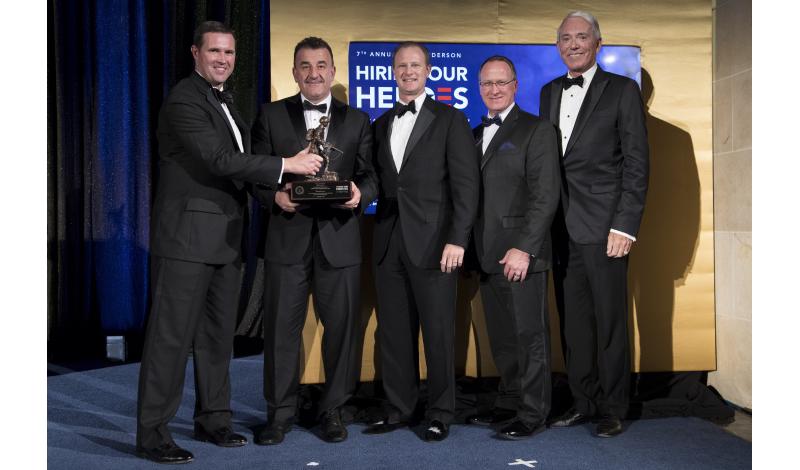 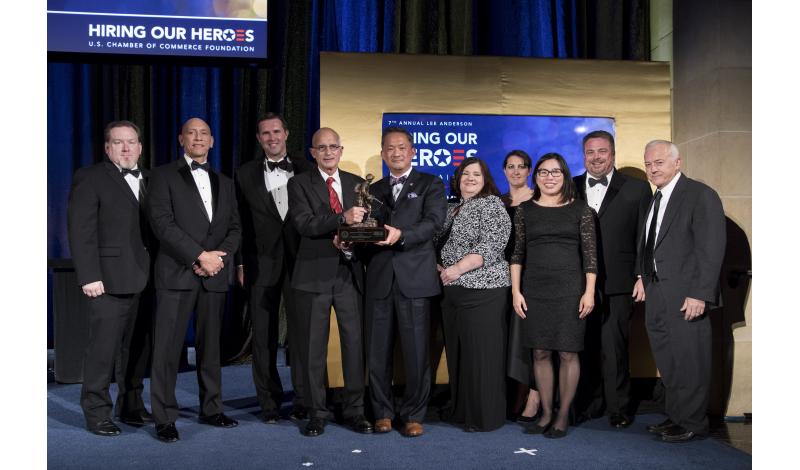 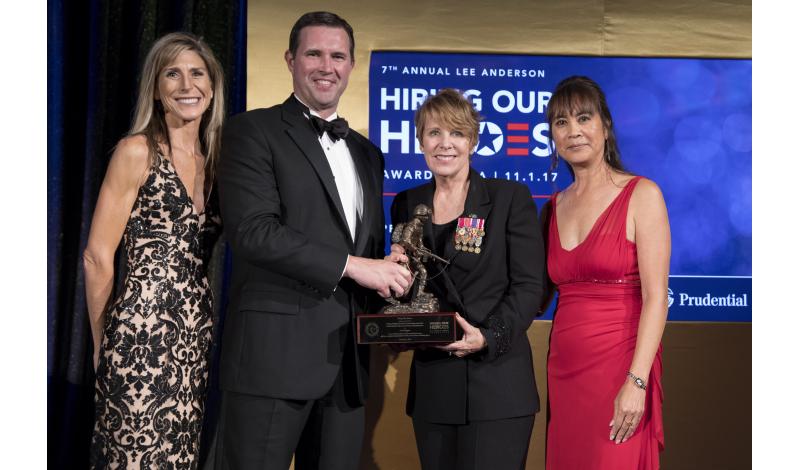 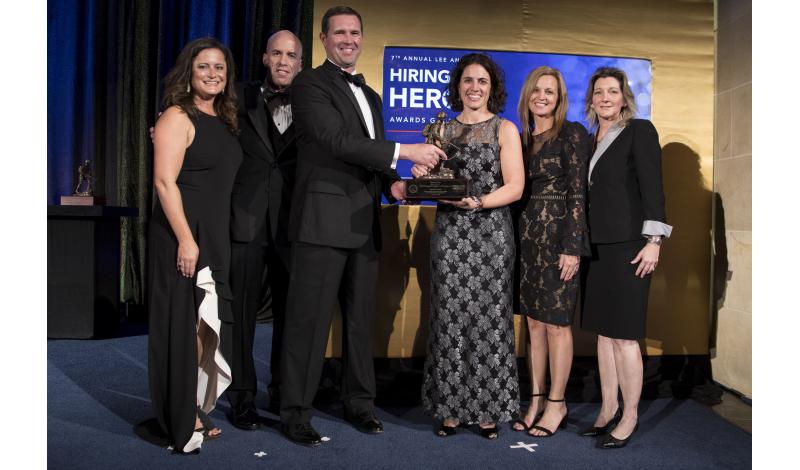 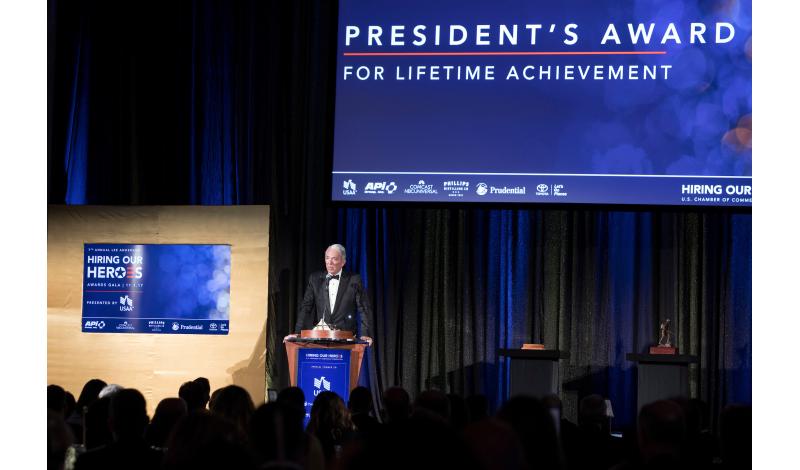 Each year, Hiring Our Heroes recognizes the tremendous contributions of those who have gone above and beyond to help our nation’s heroes. Awards are presented to companies and individuals that have developed and applied best practices for addressing the employment challenges faced by America’s veterans, transitioning service members, and military spouses.

“These six award winners are leading the way with innovative strategies to recruit and retain America’s veterans and military spouses,” said Eric Eversole, vice president at the U.S. Chamber of Commerce and president of Hiring Our Heroes. “Their efforts are generating a wave of momentum, one that connects the military community with real economic opportunities and provides employers with a vast talent pipeline, which is good for businesses and great for our country.”

Senior leaders from the public, private, and nonprofit sectors were present to hear a keynote address delivered by Secretary of Veterans Affairs David Shulkin as well as remarks from U.S. Chamber of Commerce President and CEO Thomas J. Donohue; Medal of Honor recipient USMC Sergeant Dakota Meyer; and Bonnie Amos, Spouse of the 35th Commandant of the Marine Corps General Jim Amos.

Lee Anderson, Founder and Chairman of APi Group, Inc., was also recognized with the President’s Award for Lifetime Achievement for his sustained support of veterans and military families.

Awards were presented in the following categories:

Wounded Veteran and Military Caregiver Employment Award – USAA received this award for demonstrated leadership in addressing the unique challenges and demands for wounded, ill, and injured veterans as well as military caregivers in their search for meaningful employment. Other finalists were Intelligent Waves LLC and Melwood.

Military Spouse Employment and Mentoring Award – Booz Allen Hamilton received this award for demonstrated hiring, mentorship, and support of military spouses in their search for meaningful employment. Other finalists were Amazon and Hilton.

Small Business Award for Veteran and Military Spouse Employment – WWC received this award for demonstrated leadership by a small business or organization (less than 500 employees) in hiring veterans, transitioning service members, and military spouses. Other finalists were Flags of Valor, Troops Into Transportation, and Veterati.

The 23 finalists were chosen from a competitive field of nominees. The winners were selected by the Hiring Our Heroes Awards Committee. Judging was based on criteria such as innovative recruiting and retention strategies, military community engagement and leadership, and an ongoing commitment to hiring veterans, transitioning service members, and military spouses.