U.S. Chamber of Commerce Foundation / How are Children an Asset for Future National Abundance?

How are Children an Asset for Future National Abundance? 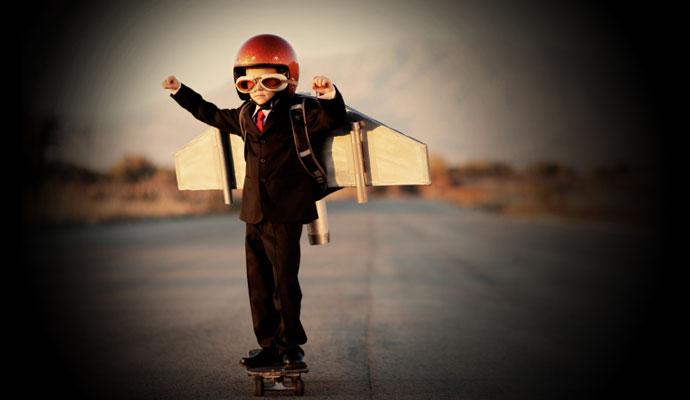 Several weeks ago, I was surprised to hear the topic of children raised at an advisory board meeting of senior business leaders that I attended. Amid discussions about economic growth and emerging technology trends, over two dozen business leaders expressed concerned about the youngest generation.

In many ways, this reflects a growing awareness about why children matter to our nation’s future. Businesses need children to prosper. Beyond the usual cliché that “children are our future,” more importantly, children ensure our country will have an abundant source of talent, labor, and consumers to draw on as part of future success and economic growth.

Let’s consider several implications that children pose to the future of American business.

Currently the United States has nearly 314 million people, and almost a quarter (24%) of the total population is children, according to the Federal Interagency Forum on Child and Family Statistics. Population projections show that the United States will remain the third largest country in the world by 2050, following India and China.

Despite these rosy projections, an unexpected problem could threaten our nation’s position of strength. For a variety of reasons, American women across all age and major racial/ethnic categories are having fewer children than previous years, dropping U.S. births to their lowest level since 1920 and dipping below the necessary “replacement level”, which is the number needed to keep a population stable.

This situation increases the potential economic value of each child. Consider California, the largest state with 39 million people. In two years, a child born in California will carry fully twice the weight of social and economic responsibility as a child born in 1985, according to a recent report from the University of Southern California and the Lucile Packard Foundation for Children’s Health.

As a natural resource of sorts, children take time to produce and grow. They are not replaced overnight. Pro-immigration policies can help introduce more young people into the nation, yet immigrants are not the same as having native-born children within a community.

“All the energy goes out of society when fertility rates get low,” says Jonathan Last, author of What to Expect When No One's Expecting: America’s Coming Demographic Disaster.

A Rise in Minority Entrepreneurs

California offers an instructive example. The same USC-Packard report found that declining migration and falling birth rates have caused an unprecedented drop in the number of children in the state. In 1970, children made up 33% of California’s population, but by 2030 they’re expected to comprise just 21%.

The mix of children has shifted, too. Nearly 73% are from minority groups, with over 51% being Hispanic or Latino, and nearly half of all school-age children are being raised in households where English is not the primary language.

Today, minority entrepreneurs own approximately 15% of all U.S. businesses, according to the Small Business Administration. As the minority population increases in California, it is logical to assume that the percentage of minority-owned businesses should also increase within the state.

How can the business community prepare today? New types of leadership training, community resources, and even local policies will be needed to support and foster this coming rise of minority entrepreneurs. Additional internship opportunities and educational measures geared for minority communities can also help cultivate a broader spirit of entrepreneurship and instill smart business habits during school years.

The pool for the usual candidates for science, technology, engineering, and mathematics (STEM) careers is shrinking, so efforts in the near future will need to work much harder to leverage existing channels. As youth demographics shift, non-traditional STEM groups—namely girls and minorities—will dominate the potential pool to recruit, yet these groups typically shy away from STEM education and further STEM careers.

Different types of tactics will be needed to help these groups see the value of entering business with a STEM focus, particularly to achieve the Obama’s administration lofty goals to produce one million STEM undergraduates and 10,000 STEM teachers in the next decade.

Gwenne Henricks, chief technology officer at heavy machinery manufacturer Caterpillar Inc., told me recently, “When I ask young women if they are considering being an engineer or scientist, I often hear ‘No, I want to do something that helps people.’ We need to help them see how they can use their talents in math and science to help people.”

American businesses can help to promote more messages to young people that show how their products and services help and enhance communities. A different set of creative public image campaigns can start emphasizing a complementary set of values for girls and young minorities that will help build more bridges to the world of business.

Hard-working parents of children also play an important part. If parents perceive greater challenges in raising a family, then their attitudes will influence how their children see and seize new opportunities in life.

Among older Generation X members, work-life discussions have been renewed lately with a double punch from Sheryl Sandberg’s “lean in” treatise and Anne-Marie Slaughter’s “having it all” fantasy, both of which discuss providing the right opportunities for children. Occasionally business executives will publicly mention a deliberate overlap between work and family life, such as Katie Stanton at Twitter who takes her children on work trips, yet these cases remain rare.

The Millennial generation will likely challenge the traditional barrier between work and family. They are moving into the next life stage of marriage, bringing their expectations into the workplace. A Pew study found that 52% of Millennials say being a good parent is “one of the most important things” in life. Millennials may demand more workplace changes to better address and reward the overlap of work and family life.

I once heard a saying that, “Children are great imitators, so give them something great to imitate.” As we look ahead to our nation’s future, I am optimistic about how American business leaders will consider the value of children to their future business prosperity.