How Big Data is Transforming Transportation 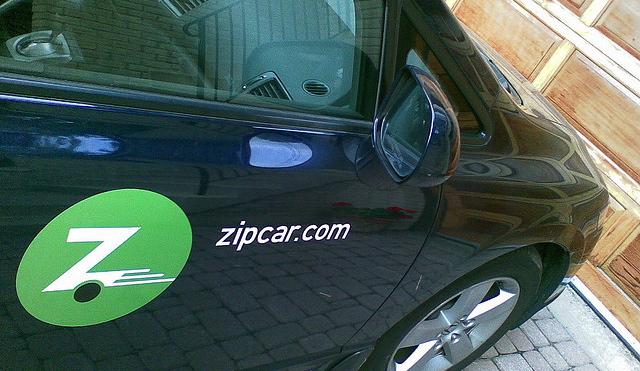 If America is ever going to return to the days of 3 percent annual growth, high employment and rapidly increasing living standards, it will have to improve its productivity. One way of getting higher productivity is to use resources more intensively. Another is to invest in infrastructure that has a high economic return. Technological improvements in the ability to collect, analyze and use large amounts of data increasingly enable society to do both. The transportation sector is a good example.

Better data collection and use is already disrupting transportation in a number of ways. All of these innovations share two common themes. One is the transformation of moving people and things from selling a product to selling a service. The other is the seamless matching of supply and demand.

Several applications are by now routine. UPS, for example, uses sophisticated sensing and tracking systems not only to attach a precise location to each of its trucks and packages, but also to predict the need for preventive maintenance and plan the best routes for its drivers (no left turns). Automakers have long added new features like GPS and OnStar to the point where electronics will account for 40 percent of the value of new cars by next year.

But newer business models promise even more improvement. Uber seamlessly matches the need for transportation with the supply of drivers. Many cities artificially limit the supply of rides by limiting the number of licensed taxis. As Uber competes with similar services like Lyft and Sidecar to erode these restrictions, we can expect fares to fall, resulting in an increase in riders. Unlike the traditional taxi experience, Uber lets drivers and passengers see who they are dealing with and rate them. It also handles payment seamlessly without the need for cash or credit cards.

Many cities have created apps that let riders know when the next bus or subway is coming. This is likely to increase ridership and save commuters time. Bridj has gone a step further. Using data from Foursquare, Facebook, Twitter, and other sources, Bridj predicts where people want to go. It then sets up bus routes to take them end to end with minimal stops along the way. Because transportation patterns constantly change, Bridgj’s routes will also change, fed by the data users create.

The ease of handling large amounts of data has also been critical to the rise of car sharing services. Companies like Zipcar (and even Capital Bikeshare for bikes) must keep track of large fleets of vehicles, monitoring their location, use, and maintenance in almost real time. They also need to good systems for maintaining member lists, usage, and billing.

Today the average car is idle for the vast majority of its life. If it ever becomes very easy for people to arrange cheap transportation on demand to take them where they want to go when they want to go there, more people will question the need for a personal car. Right now that seems like a stretch, but in an age when more and more people are dropping their landline phone and cable TV, it may be just a matter of time. The result would worsen the current oversupply problem in the automobile sector, but maybe not by too much. Riders may suddenly prefer to ride in better style, leading car companies to make fewer, but more luxurious cars. Moreover, cheap transportation may increase the number of trips people make. It is also likely to create a lot more jobs for drivers.

Data can also increase resource efficiency for those who keep their cars. Two of the largest sources of pollution and frustration in driving are traffic jams and parking. Already smart phone apps are letting drivers see traffic bottlenecks before they leave home, allowing them to delay their departure or find an alternate route before they are stuck in traffic. Cars looking for parking account for up to 45 percent of traffic in Manhattan. Rutgers University is developing a system in which sensors on taxis spot open parking spaces as the taxi passes by and send their locations to a central database from which drivers can see them.

Data can also play a large role in financing transportation infrastructure. According to the Federal Highway Administration and the America Society of Civil Engineers, the country will have to spend almost $90 billion more each year on roads and bridges. Equipping each car with a transponder would allow governments to raise revenue and spread traffic by charging owners based on the miles they traveled. User fees could easily vary by time of day and route, giving each driver an incentive to shift to less crowded routes.

Finally, the era of automated cars is already arriving. Car companies are equipping new vehicles with sensors that rouse a drowsy driver, sound an alarm when a car wanders from its lane, and automatically park themselves. Soon, the main impediment toward fully autonomous cars will not be technology, but the legal and social questions raised by removing humans from direct control of the car. The end result is likely to be a dramatic reduction in traffic fatalities, shorter commutes, and a dramatic increase in commuter happiness.

If facilitated by forward-thinking policies, the cost and hassle of transportation could decline dramatically even as safety improves. The consequences for pollution, energy independence, and personal satisfaction would be enormous.

Childcare and Health and Safety are Top Two Reopening Issues, According to Employers
COVID-19 Impact on Childcare
COVID-19 Healthcare Coalition