Innovation in a Breadbasket 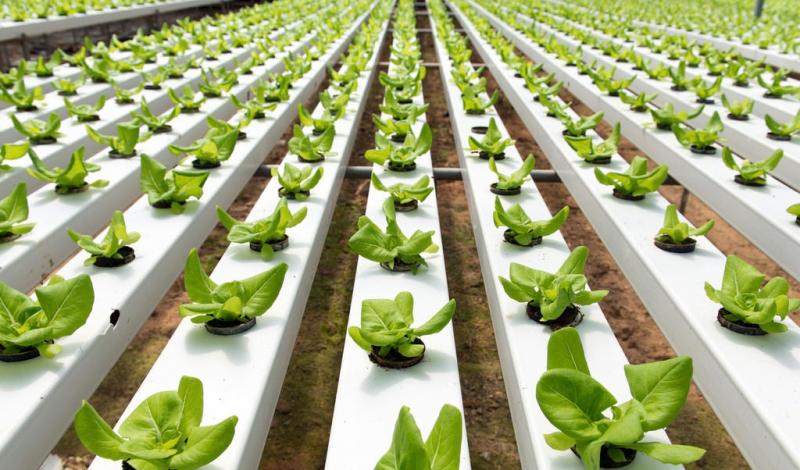 Advancements in hydroponics and vertical farming have allowed companies to produce food using no soil and minimal water.
© Aqua Machines, via Flickr

Food, a staple of human life, is also a staple of America’s economy. From farm to fork, nearly one in every six U.S. jobs is tied to the nation’s food system. American farmers and food enterprises are a breadbasket to the world, proudly exporting raw and processed food and fiber products to every corner of the globe while nourishing economic growth at home.

Despite all our successes, feeding the world in the years ahead promises to be among humankind’s most pressing and difficult challenges. Per the United Nations, global food production must increase 70% by mid-century to meet the growing demand of an expanding population expected to reach 11 billion people by the close of the 21st century.

Much of this population growth will be centered in vulnerable, water-stressed and resource-deprived areas where food production is already precarious. Across the globe, achieving food security will become exponentially harder in the face of enormous environmental obstacles, including limits on arable land, chronic soil and water depletion, and accelerating patterns of extreme weather.

The world is counting on innovation to meet humanity’s severest challenges. And free enterprise is answering the call. The venture capital database CB Insights reported that in 2013, venture capitalists invested $350 million in food projects, up nearly 40 percent from 2008. Meanwhile, U.S. based and affiliate companies—from fledgling start-ups to corporate titans—are pioneering ingenious solutions across long and complex supply and value chains, particularly in growing, processing, packaging, transporting, and distributing food.

AeroFarms, an innovator in indoor farming, grows crops at scale near major distribution centers and populations using 95% less water than traditional farms and no soil or pesticides by means of patented aeroponic technology and other resource-saving innovations.

FoodLogiQ is one of a spectrum of companies harnessing IT and digital data to improve agriculture food chains. Its cloud-based system provides supplier transparency and end-to-end traceability across food company supply chains, improving food management, safety, and accountability. Another is Postmates, which uses digital platforms, robots, and drones to provide on-demand food delivery.

Younger firms such as Up Top Acres of Washington, DC, BrightFarms, of New York City, and Omni Ecosystems of Chicago are pioneering and bringing to scale new means of rooftop farming bringing new efficiencies, cutting time to market, and making cities more livable—essential city-based solutions for a rapidly urbanizing world.

This is just a small sampling of how innovation is rising to the food security challenge on which rests the nation’s future prosperity, global peace, stability, and human development. We can be quite sure that, as American enterprise has demonstrated time and again, the best is yet to come.