U.S. Chamber of Commerce Foundation / An Innovation Policy For Everything
General Foundation
March 9, 2015 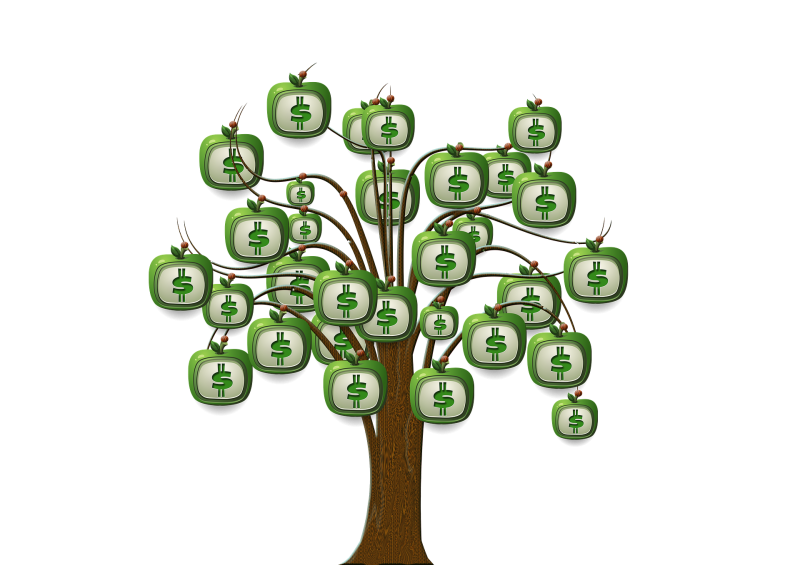 Forget Apple watch. Think Apple car. The Wall Street Journal reported two weeks ago that Apple has hired nearly 1,000 people, including top executives from major automobile companies, to build a car in a challenge to Tesla. Then, after a few days of see-sawing astonishment and skepticism, came the story that perhaps Apple wants to buy Tesla — for $75 billion. The speculation is all over the map. We don’t know Apple’s true intentions, but its automobile gaze seems unmistakable.

Then again, don’t forget the Apple Watch. Tim Cook wants to integrate the new watch with your car.

“The watch is designed to be able to replace car keys and the clumsy, large fobs that are now used by many vehicles," Cook told The Daily Telegraph. This could be a major development and will reinforce the view that Apple is circling the automotive market.”

Of course, most of the attention the watch has garnered centers on its health applications. Although some analysts say the first version of the watch, due this spring, won’t contain many of the proposed health apps, because they aren’t ready, future versions surely will focus on this personal data and empowerment market.

From The Daily Telegraph in London:

“Cook expects an explosion of new apps for the Apple Watch. . . .The Apple Watch will of course be able to monitor heart rates, Cook says; but it will be far more sophisticated than that. It is bad for people's health to sit too much; so the watch will gently tap people's wrist every hour to remind them to stand up and go for a walk if they haven't had enough exercise.

“Even more intriguingly, the Watch will operate a special rewards system: users will get credits if they exercise enough. They will also be encouraged to increase their metabolic targets if they meet their exercise targets consistently. Consumers will clearly have an incentive to wear the watch for as much of the day as possible, and even in the shower.”

Mobile payments are another key function.  “The Watch will be able to serve as a very usable credit card, courtesy of Apple Pay,” The Daily Telegraph notes. “It will also respect users’ privacy: Apple won't know what consumers are buying, where they are purchasing their goods and how much they are paying for them.”

Apple has always prided itself on its ability to focus narrowly on a few outstanding products. We are, however, beginning to see the outlines of the Apple of Everything. One trait of digital technologies is

that they tend to mix, match, augment, replace, bind to, integrate with, seep into, improve, and otherwise inform everything around them. And Apple’s various projects show us just one company’s take on the spread of computing and communications into everyday objects and tasks. A thousand other firms are working on a thousand other devices and applications.

“This so-called Internet of Things—or machine-to-machine connectivity and communications,” Adam Thierer of the Mercatus Center writes, “promises to usher in ‘a third computing revolution’ and bring about profound changes that will rival the first wave of Internet innovation.”

In his detailed survey of the emerging IoT world, Thierer notes studies projecting between 30 billion and 212 billion connected devices by the year 2020. “Some experts even predict,” he writes, “that ‘the automobile could be the first great wearable computer’ and ‘your car might be the second most-used computing device you own’ before too long.”

The economic impacts will be large. But so will the societal effects—and thus the policy questions. Many of the most obvious, and trickiest, concerns will center on privacy. When everything around us senses, stores, and communicates information, we gain important advantages—like health monitoring—but we may also lose privacy in important and even profound ways. Moreover, truly understanding what all this new information is telling us will be more difficult than it may seem.

With identity and financial fraud seemingly rampant on today’s Internet, many will warn of the even more widespread and intrusive privacy harms lurking in this next generation Internet. And there a many legitimate concerns. The key, however, will be to “get ahead of the game” so that we can manage the privacy challenges without discouraging experimentation with new technologies and business models.

Last week, the White House issued a draft “Consumer Privacy Bill of Rights.” Then early this week, a bipartisan group of U.S. Senators issued its own framework for the Internet of Things, in the form of a Sense of the Senate resolution. Silicon Valley firms, whose business is data, are wary of the White House proposal, which they think is overbearing. Consumer groups, on the other hand, think it doesn’t go far enough. Even if the White House and congressional proposals aren’t adopted, other legislative and regulatory measures are advancing in the states and around the world.

Europe, for example, has adopted a “right to be forgotten” rule that in theory allows people to demand digital information be wiped clean from the Web. Other nations are attempting to impose “data localization” rules, which would require data to remain in its country of origin. These rules run counter to the decentralized nature of the Internet and thus, if widely adopted and zealously enforced, could threaten the Internet of Things.

The best path forward is not to start with new laws but to apply old principles in a new realm. We will also want to deploy new privacy enhancing technologies to mitigate the impact of privacy reducing technologies. And we should encourage individual and cultural adaption — the mores and customs that make the civilized world work. Social learning tends to do a better job adjusting to these big shifts in more nuanced, organic ways than do peremptory legal or top-down approaches.

Or as Thierer writes, “Although formidable privacy and security challenges are ahead, individuals and institutions will adjust in an evolutionary, resilient fashion, just as they adjusted to earlier disruptive technologies.”

So, ladies and gentlemen, rev up your smartwatches. And Washington, cool your jets!