U.S. Chamber of Commerce Foundation / A Lewis and Clark Expedition for Energy Innovation

A Lewis and Clark Expedition for Energy Innovation 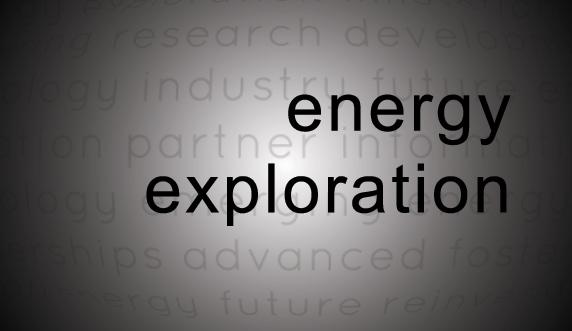 This is a guest post originally published on the Plugged In blog of Scientific American.

John McDonald believes that technological innovation is a key piece of a strong future for the energy sector. This is an industry with a history of impressive engineering feats. And, as Chevron’s Vice President and Chief Technology Office, McDonald speaks with passion and excitement about the technological breakthroughs that are still to come (1).

Similar conversations can be heard within the walls of energy giants like General Electric (GE) and Shell. At the former, you can find imagination at work within an internal venture capital group that focuses on fueling technology startups. At Shell Canada, the Quest Carbon Capture and Storage (CCS) project is hoping to make major technological advances in storing CO2 emissions deep underground through a commercial-scale demonstration project.

But, according to a Boston Consulting Group (BCG), these companies are not representative of the entire energy industry. In a recent BCG survey, only 64% of energy companies ranked innovation as a priority. Overall, the Breakthrough Institute estimates that US energy firms reinvest less than 1% of total revenues into research, development and demonstration (RD&D) projects, compared to 15-20% in the IT, semiconductor, and pharmaceutical industries. According to Alex Trembath at the Breakthrough Institute, this low level of reinvestment could be explained with the culture of the industry where “stability and reliability have traditionally been favoured over technological change.”

In the United States, energy firms reinvest a large amount of money (in absolute dollar figures) into technology development. But, all told, less than 1 percent of U.S. energy company revenues are reinvested into research, development, and demonstration (RD&D), compared to the 15-20% level seen in IT, semiconductor, and pharmaceutical companies.

The industry’s profile and the nature of energy projects could shed some light on this relatively low number and (arguably) more conservative investment approach. Briefly stated, the energy industry is primarily comprised of capital-intensive and long-lived projects. For example, more than half of coal plants operating in the U.S. were built before 1967, with an average age of 43 years. And building a new scrubbed coal power plant would cost upwards of $3.5 billion and require at least a 4-year lead-time.

But, despite these factors, many groups and energy leaders believe that innovation and risk-taking are vital steps in a move toward a more sustainable energy future. They are key tenants in Bill Gates’s vision for an energy future. In his 2010 TED talk, Gates discussed the need for innovation to bring the world’s energy systems into a more sustainable (defined as zero-emissions) future.

Perhaps as a result of this acknowledged need for continued innovation in the industry, one is seeing a rise of what Fortune Magazine recently termed the “innovation partner.”

Here, big corporations partner with cleantech startups. These partnerships allow big energy companies to tap into the potential within these smaller pockets of innovation, while helping startups survive long enough to bring their product successfully to market.

One example of a modern “innovation partner” can be seen in McDonald’s company. Chevron is currently home to three groups that specifically support technological improvements and innovation: the Information Technology Company (ITC), Energy Technology Company (ETC), and Chevron Technology Ventures (CTV). The last, in particular, focuses on fostering innovation outside of the big energy company’s own internal efforts. And, if you are able to chat for a moment with CTV President Desmond (Des) King, you will quickly find out why (2).

In King’s own words, “CTV is almost like a Lewis and Clark of energy technology companies…out there surveying the landscape, saying what are the emerging technologies outside [of Chevron] that could benefit Chevron’s base business.” And this approach appears to be working for this energy giant. Operating successfully since 1999, CTV has seen more than two dozen of the companies that it has partnered with be acquired by other companies or had successful public offerings.

For energy companies including GE, Shell, and Chevron, these types of partnerships have become a part of their long-term business strategy. One where innovation is a key to continued success.