For Manufacturers Big and Small, Automation is Key to Growth 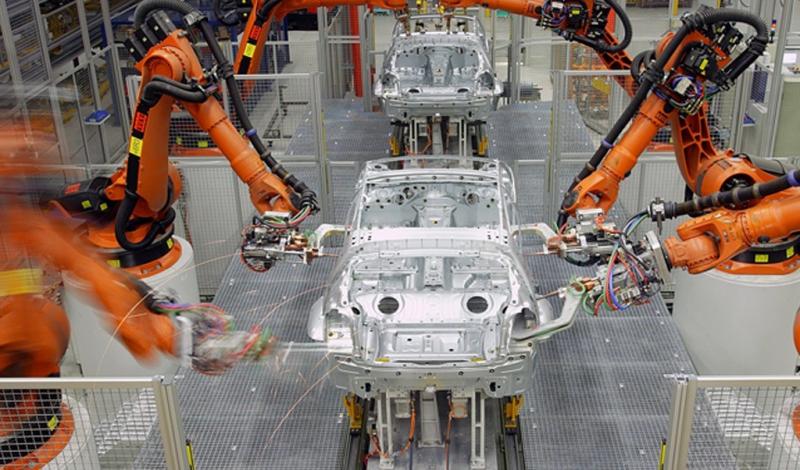 In the wake of the Great Recession, U.S. manufacturing growth has been slow. Indeed, factory output has yet to reach pre-recession levels. An underlying challenge has been persistently weakening productivity growth both in the U.S. economy as a whole and in U.S. manufacturing specifically.

America’s productivity malaise could not have come at a worse time. More than ever, U.S. manufacturing needs competitive strength given the rapid globalization of manufacturing and sluggish economic growth worldwide. Globalization pressures costs and sluggish growth pressures revenues. Productivity strength is essential in meeting the demands of both.

Interestingly, this time of productivity challenge has also been a period of rapid process innovation, driven in part by an increasing supply of disruptive technologies. Such a wide range of new capabilities, from additive manufacturing to robotics to the internet of things, could fundamentally reshape both the physical reality and the economics of production.

Motivated by this unique moment of weak productivity, global economic stress, and disruptive technological innovation, I undertook a national survey of U.S. manufacturers that was designed to gather data on their automation investment behavior. My research project aimed to enhance understanding of the nature of today’s manufacturing productivity slowdown as well as the parameters of automation investment in manufacturing.

The survey shows a high rate of both actual and planned automation investment. Eighty-three percent of the 402 respondents automated some aspect of their product-producing operations from 2010 to 2015, and more than three-quarters plan to do so in the next three years.

Among the most interesting findings is a breakdown of automation activity by company size. This revealed that automation investments increase as firms grow larger. Among other things, larger companies have greater output over which to spread the cost of investments.

It does seem clear that an effective strategy for the development of a globally competitive manufacturing sector requires attention to the promise of new technologies being implemented worldwide.

Nonetheless, the prevalence of automation activity among small manufacturers is notable. Almost three-quarters of small manufacturers (with $200 million or less in average revenues for the most three recent fiscal years) indicated that they automated some aspect of their production in the five years prior to the survey and 64 percent of these small companies indicated that they plan to do so in the three years following the survey.

By allowing for significant efficiency improvements in at least some aspects of production, it is possible that automation makes it easier for manufacturing entrepreneurs to overcome often significant barriers to entry as well as for small manufacturing companies that might otherwise have exited the market to stay and compete. Research would be needed to test this theory.

Automation technology does not offer a complete solution to lagging productivity.  The first paper in the MAPI research series statistically reveals the need for public policy to stimulate a range of physical and human capital investments. But while we are just beginning to develop a full understanding of the new technology/productivity relationship, it does seem clear that an effective strategy for the development of a globally competitive manufacturing sector requires attention to the promise of new technologies being implemented worldwide.

While developing technology plans and programs, policy makers should note the propensity of small manufacturers to automate given the important role of new and small companies in job creation and domestic economic stability at a time of global economic stress.

Cliff Waldman is director of economic studies for the Manufacturers Alliance for Productivity and Innovation (MAPI).