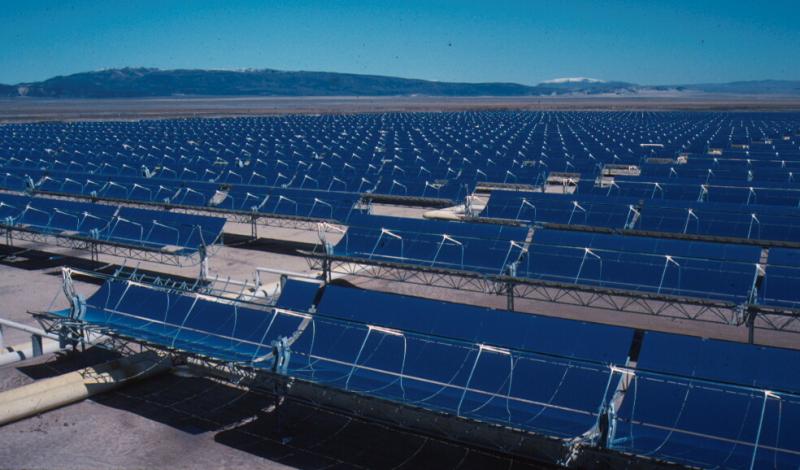 Two growing concerns—climate change and U.S. energy self-sufficiency—have accelerated the search for affordable, sustainable approaches to energy production and use. In this area, as in many others, data-driven innovation is a key to progress. Data scientists are working to help improve energy efficiency and make new forms of energy more economically viable, and are building new, profitable businesses in the process.

In the same way that government data has been used by other kinds of new businesses, the Department of Energy is releasing data that can help energy innovators. At a recent “Energy Datapalooza” held by the department, John Podesta, counselor to the President, summed up the rationale: “Just as climate data will be central to helping communities prepare for climate change, energy data can help us reduce the harmful emissions that are driving climate change.” With electric power accounting for one-third of greenhouse gas emissions in the United States, the opportunities for improvement are great.

The Governance Lab (GovLab) at New York University, which studies how technology can improve government’s effectiveness, has been studying the business applications of public government data, or “open data,” for the past year. The resulting study, the Open Data 500, now provides structured, searchable information on more than 500 companies that use open government data as a key business driver. A review of those results shows four major areas where open data is creating new business opportunities in energy and is likely to build many more in the near future.

Commercial buildings are major energy consumers, and energy costs are a significant business expense. Despite programs like LEED Certification, many commercial buildings waste large amounts of energy. Now a company called FirstFuel, based in Boston, is using open data to drive energy efficiency in these buildings. At the Energy Datapalooza, Swap Shah, the company’s CEO, described how analyzing energy data together with geospatial, weather, and other open data can give a very accurate view of a building’s energy consumption and ways to reduce it. (Sometimes the solution is startlingly simple: According to Shah, the largest source of waste is running heating and cooling systems at the same time.) Other companies are taking on the same kind of task – like Lucid, which provides an operating system that can track a building’s energy use in an integrated way.

A number of companies are finding data-driven solutions for homeowners who want to save money by reducing their energy usage. A key to success is putting together measurements of energy use in the home with public data on energy efficiency solutions. PlotWatt, for example, promises to help consumers “save money with real-time energy tracking” through the data it provides. One of the best-known companies in this area, Opower, uses a psychological strategy: it simultaneously gives people access to their own energy data and lets them compare their energy use to their neighbors’ as an incentive to save. Opower partners with utilities to provide this information, and the Virginia-based company has been successful enough to open offices in San Francisco, London, and Singapore. Soon more and more people will have access to data on their home energy use: Green Button, a government-promoted program implemented by utilities, now gives about 100 million Americans data about their energy consumption.

As solar power becomes more efficient and affordable, a number of companies are emerging to support this energy technology. Clean Power Finance, for example, uses its database to connect solar entrepreneurs with sources of capital. In a different way, a company called Solar Census is analyzing publicly available data to find exactly where solar power can be produced most efficiently. The kind of analysis that used to require an on-site survey over several days can now be done in less than a minute with their algorithms.

Other kinds of geospatial and weather data can support other forms of renewable energy. The data will make it easier to find good sites for wind power stations, water sources for small-scale hydroelectric projects, and the best opportunities to tap geothermal energy.

The Tesla and other electric vehicles are becoming commercially viable, and we will soon see even more efficient vehicles on the road. Toyota has announced that its first fuel-cell cars, which run on hydrogen, will be commercially available by mid-2015, and other auto manufacturers have announced plans to develop fuel-cell vehicles as well. But these vehicles can’t operate without a network to supply power, be it electricity for a Tesla battery or hydrogen for a fuel cell.

It’s a chicken-and-egg problem: People won’t buy large numbers of electric or fuel-cell cars unless they know they can power them, and power stations will be scarce until there are enough vehicles to support their business. Now some new companies are facilitating this transition by giving drivers data-driven tools to find and use the power sources they need. Recargo, for example, provides tools to help electric car owners find charging stations and operate their vehicles.

The development of new energy sources will involve solving social, political, economic, and technological issues. Data science can help develop solutions and bring us more quickly to a new kind of energy future.

Joel Gurin, a fellow of the U.S. Chamber of Commerce Foundation, is a senior advisor at the GovLab where he directs the Open Data 500.