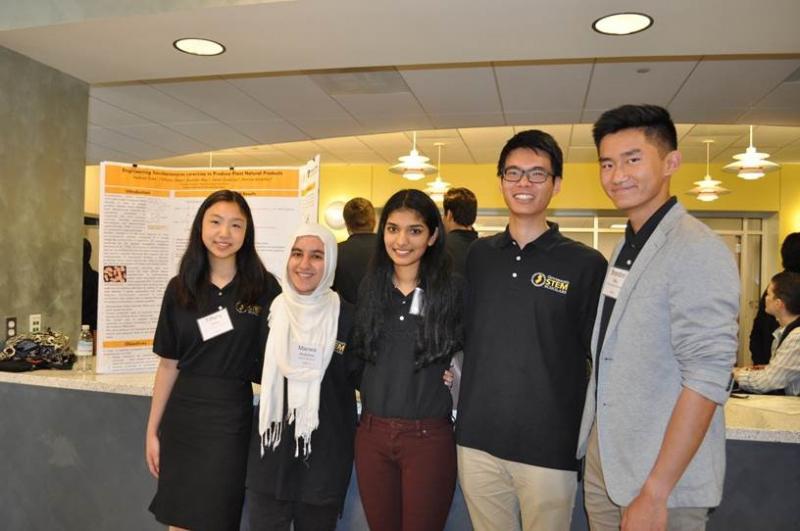 Imagine being a college student interested in STEM and having your research honored among your state’s leading inventors and innovators. That is the reality for New Jersey students like Princeton University’s Nathan Suek and Rutgers University’s Matthew Purri, who are student leaders in the Governor’s STEM Scholars, a public-private partnership among the Research & Development Council of New Jersey, the Governor’s Office, New Jersey Department of Education, and Secretary of Higher Education.

Like many states grappling with the coming retirement of baby boomers and the mobility of young millennials, New Jersey has an urgent need to attract and retain the best and brightest to ensure that the Garden State continues to be a STEM powerhouse. Founded in 2013, the Governor's STEM Scholars gives seventy high school, college, and graduate students a comprehensive introduction to the state’s STEM economy through a series of conferences, field trips, internships, and research opportunities.

Throughout the year, teams of high school students work on a project that is created by a college or graduate student like Nathan and Matthew and is funded by our sponsors. At the end of the year, every scholar is honored with a New Jersey State Assembly Resolution and one lucky team is invited to the R&D Council’s annual Edison Patent Awards, where they are celebrated alongside the state’s top inventors and innovators. It is a special opportunity that connects the best STEM professionals of today to those of tomorrow.

Over the past two years, the Council has been proud to celebrate two teams of scholars for their work. In 2014, a team led by Matthew created a highly innovative drone that was used to detect mosquito breeding areas and then target them with insecticide. This project enables communities to target their mosquito population in a way that is both cost-efficient and environmentally responsible.

In 2015, Nathan and his team developed an innovative way to synthesize the active molecular compound behind anti-malarial drugs. This inventive approach was described as “brilliant” by a team of judges made up of STEM professionals from companies like Merck and Honeywell. In 2016, we are excited to see the results of research projects that range from drug discovery to alternative energies.

As communities and institutions across the United States think about new ways to compete on innovation, they should consider the example set by the Governor’s STEM Scholars. Over the course of the past few years, nearly two hundred students have had the opportunity to engage with the state’s living legacy of innovation and to become contributors to that legacy. While no single program can solve the challenges our nation faces in STEM, what the Governor’s STEM Scholars has done should be considered as part of the solution.

For more information on the Governor’s STEM Scholars, go to our website or email David Hodges at dhodges@cn-com.com.

CCR&R: Helping Families, Improving Quality, and Building Supply of Childcare
'I Seek to Be Part of the Solution.' Inspiring early enthusiasm for science.
Upskilling & Reskilling to Remain Competitive
This form needs Javascript to display, which your browser doesn't support. Sign up here instead