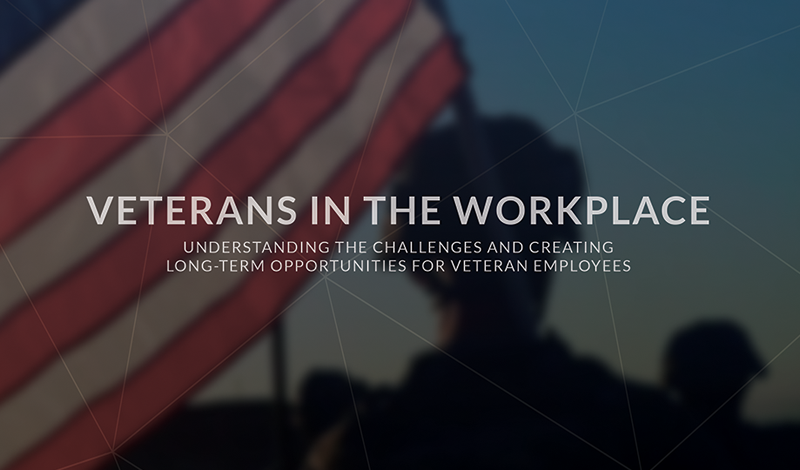 The U.S. Chamber of Commerce Foundation’s Hiring Our Heroes, in partnership with the Merck Company Foundation, announced Wednesday the results of its year-long study, Veteran Employment Survey: Understanding the Challenges and Creating Long-Term Opportunities for Veteran Employees.

The study, conducted between 2015 and 2016, surveyed 400 human resource professionals nationwide, as well as 1,000 veterans who have transitioned out of the military in the last five years on their perceptions during the recruiting and onboarding processes.

"America’s businesses have stepped up to the plate when it comes to hiring veterans—a fact evidenced by the ever-shrinking veteran unemployment rate,” said Eric Eversole, president, Hiring Our Heroes, and vice president, U.S. Chamber of Commerce. “However, we need to double down on our effort to provide veteran-related training and assistance during the onboarding process.”

The study shows that veterans are now a top three of recruiting target for companies nationwide, as American businesses have made tremendous strides in military hiring in recent years.

It is evident, however, from the findings of the Chamber Foundation’s study that a civilian-military divide still exists in today’s workforce, and an even greater effort is required moving forward as veterans are brought on board to civilian companies in order to set them up for success.

This study comes on the heels of one conducted by the George W. Bush Institute’s Military Service Initiative which focused on perceptions by wounded veterans on their experience moving into the workforce. The Institute learned that eight out of ten veterans view shame or embarrassment as a barrier to seeking help for the invisible wounds of war, such as post-traumatic stress or traumatic brain injury. Additionally, the organization is working with the “Campaign to Change Direction” and Edelman to inform the conversation moving ahead on this matter.

This study is truly significant in that it reinforces many of the key themes that Hiring Our Heroes has been stressing for several years now, including the fact that starting to plan for tranisition earlier in the process is a strong indicator of the level of success that a veteran will have in the civilian workforce.