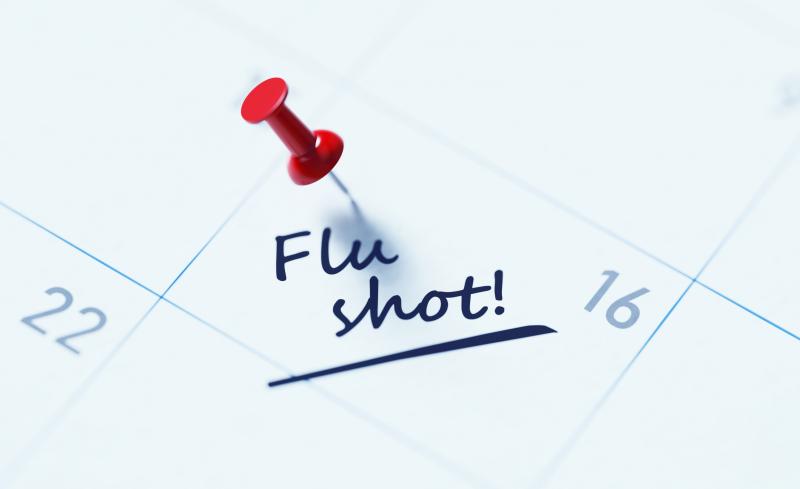 If you don’t get a flu shot, you could be hundreds of times more likely to fall ill.

If that’s not enough of a reason for you to get vaccinated against seasonal flu, here’s another one: the economic costs of influenza-like illnesses are staggering.

Last year, less than half of the working-age population was vaccinated against seasonal influenza, according to new data from the U.S. Centers for Disease Control and Prevention.

That resulted in up to 56 million infections -- and as many as 62,000 deaths -- from October 2019 to April 2020. For example, earlier research suggests seasonal influenza costs the average county more than $2 million a year.

We might not have a vaccine for COVID-19 yet, but there are multiple vaccines available for the 2020-2021 flu season. And while there is some reason to believe that efforts to stop the spread of the novel coronavirus will blunt the flu viruses that circulate during the winter months, the flu shot has never been more important to the country. That’s why manufacturers are on track to produce nearly 200 million doses of influenza vaccine for the United States, and six in 10 people said they’re likely to get a flu shot this year, according to a survey by the National Association of Chain Drug Stores.

We asked Curtis Dubay, the senior economist at the U.S. Chamber, to estimate the benefits of increasing the percentage of working-age Americans who get one of those shots. His calculations suggest a 20-point increase in vaccination rates, from 42.3% to 62.3% would save more than 10.4 million workdays otherwise lost to illness.

Increased vaccination rates could save workers up to $2.45 billion…and reduce the risk to Main Street.

Flu shots are as important as masks and social distancing in the fight against the novel coronavirus, in part because it’s hard to tell the difference between influenza and COVID-19 infections. “If someone comes into your workplace and you have a screen set up and they screen positive, you’re going to have to send them home and potentially shut down anyone or anywhere they’ve been in contact with for fear of COVID,” Surgeon General Jerome Adams explained during a recent episode of the Chamber Foundation’s Path Forward program.

The bottom-line: Get a flu shot. Today.