The Pioneering Nation – Taking Some Bruises in a Training Wheels Society 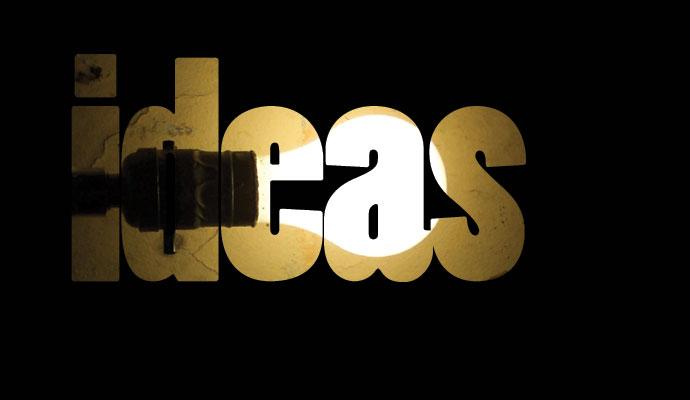 Nearly 400 years ago, 102 pilgrims wanting a new life for themselves and a sailing crew of more than two dozen set sail from Plymouth, England on the Mayflower for the New World. During the two-month trip across a stormy Atlantic, five pilgrims died, and following a brutal winter in Cape Cod, fully half of the Mayflower’s original passengers were also dead. While those who decided to board the nearly 100–foot-long ship were not being purposely reckless with their lives, they all had a pretty good idea that not everyone was going to make it. They knew the risks that they would face if they really wanted to start a new life for themselves and their families.  I think it is safe to say that those who survived, as well as those who paid the ultimate cost for exploration, were pioneers in the truest sense of the word.

Unlike the pilgrims of old, today’s national mindset prefers to play it safe. In many ways America suffers from the societal misconception that everyone is supposed to win a soccer trophy. It may protect the individual ego, but in truth it is not the way of the real world. In life there are winners and there are losers.  When exploring any new terrain, there are risks and consequence, as well as rewards. Avoiding failure may be comfortable and safe but it achieves little and rejects the pioneering spirit that has kept the United States at the vanguard of world and industry leadership.

Given this aversion to risk, it is highly unlikely many of us would accept the risks or the consequences the Mayflower’s passengers endured. Today’s pioneers—America’s inventors, innovators and entrepreneurs—see the rewards of exploring the unknown, as well as the costs of doing nothing. This ethos needs to be cultivated and championed, and to do so, we need a clear picture of what constitutes a pioneer.

Pioneers are the first to explore. In all things, there are leaders and followers, inventors and imitators. Pioneers arise in every profession, taking an innovative, enterprising approach to a persistent challenge or new opportunity. Like the first pilgrims, Lewis and Clark exemplified the pioneering spirit when Congress sent them west to explore the American continent. Yet, it’s not just about going somewhere. Behind every invention is a pioneer. Bill Gates and Paul Allen created computer software that revolutionized computer science; Joseph Woodland invented the barcode; and Charles Goodyear was the first manufacturer to pair rubber soles with canvas tops, creating the first tennis shoes. The common denominator for explorers and inventors alike is that they are the first to set off towards a new goal. The pioneer embraces this leadership, as well as the costs that it can bring.

Pioneers accept risk and potential failure. There is inherent peril in trying something new, be it venturing to a new place, developing a new technology or launching a new business. Pioneers do not hide in the static safety of the known and familiar. The seven test pilots in the Mercury Project—the first U.S. human spaceflight program—risked their lives to help America enter the space age. They used never-before-seen experimental technology and engineering (and as noted by the Mercury astronauts “was built by the lowest bidder”) to literally take America where it had not gone before.

For these early space explorers (and everyone who followed), the threat of failure was real, was very public and could be deadly. Yet, America’s first astronauts, and the engineers and scientists who helped put them beyond the atmosphere, accepted the risk and as a result, the nation enjoys the enduring rewards that make everyone of our lives in this country and the planet all the better.

Pioneers are resilient in the face of adversity. A willingness to take risk is one quality of a pioneer, but so too is the determination to persist after an initial failure. Thomas Edison famously said that he never failed in his effort to create the incandescent light bulb but rather found 10,000 ways that did not work. This persistence and positive view of failure was critical to his success. Had he given up on the 9,999th try, history would not remember him as the grandfather of the electric lighting system. Some pioneers do lose everything, including their lives, but they also pave the way for others to follow in their footsteps. Failure is a real (and in many ways, necessary and admirable) result of innovation and entrepreneurship. The pioneering spirit not only accepts risk but endures through inevitable hardship and failure.

Take the Training Wheels Off

We do ourselves a disservice in promoting the idea that everyone is always a winner, that failure is something to be avoided. Rewards cannot be won without risk and consequence, and doing great things requires hutzpah and with it, the acceptance that failure is possible, if not probable.

A risk-averse society achieves nothing new, and it misses the rewards hard-earned by bravely charging into the unknown.   Today, we see similar risk-taking in America’s entrepreneurs who put everything they have—their time, money and effort—into a new venture or idea. There are leaders who bet the farm, and while some are winning, others inevitably also experience big losses.

Nevertheless, while taking a chance can bring negative consequences, there is also a consequence for complacency. Training wheels are helpful when we learn to ride a bike because they keep us from falling and suffering skinned knees and bruised egos at the outset of learning to peddle forward. Yet at some point, training wheels also hold us back from getting to full speed and going further than we might otherwise want to go. The only way to learn and really advance is to take them off and push forward to parts unknown.

In so many ways it is time for us to re-embrace the pioneering legacy that allowed us to declare our independence, to go further west, to fly in the air, to walk on the moon, to share information over digital connections, and to do all the things for which America is rightly recognized as the world’s leader and risk taker.

Avoiding failure flies in the face of our national ethos, and it gives other countries and industries an opportunity to speed ahead while we safely and slowly teeter along.

Today we stand on the shoulders of pioneers. Will we ride beside them or in the wake of our competitors?