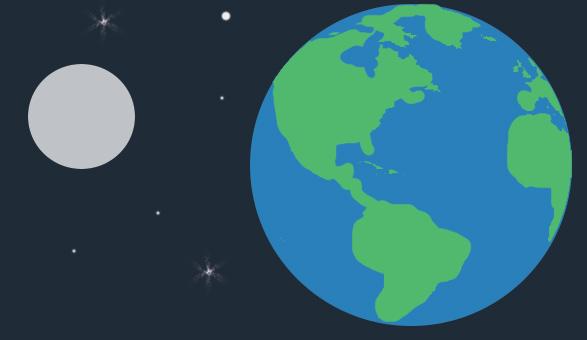 It may seem odd to us today given the increasing role of government in life today, but in the long history of human exploration, private companies have often been some of the leading scouts and risk-takers that push the boundaries of the frontier and open up vast new opportunities. With some initial help from Queen Isabella’s jewelry box, Columbus braved the seemingly endless oceans in search of shorter, more efficient trading routes. The Virginia Trading Company settled Jamestown as a means to begin accessing the New World’s vast resources, and the privately built transcontinental Pacific Railroad opened up the American continent to rapid development and settlement. In these and many other cases, it was the private sector that was willing to take great risks, which had cascading benefits for citizens and governments around the world.

I’m sure there were plenty of people that thought these investments to explore unknown frontiers were crazy investments. It’s probably some of the same talk the folks at Moon Express, Inc., and the private non-profit International Lunar Observatory Association (ILOA) are hearing about given where they want to go.  Their goal: the Moon, and it’s not just any mission to our nearest celestial neighbor.  Within three years, these firms are planning on putting in place the first permanent lunar telescope and observatory, and we will have the private sector to thank for it. This effort would also be the first-ever mission to the moon’s south pole and would land a 2-meter radio antenna along with a smaller optical telescope on a lunar ridge called Malapert.

With an ambitious launch target of 2016, the two companies’ observatory will be able to look deep into the heart of the Milky Way, offering a far clearer picture of our galaxy than what can be achieved from Earth (or even in Earth’s orbit). Landing on the unexplored 16,000-foot Malapert Ridge offers many advantages. It is almost continuously in view of Earth, which is critical for line-of-sight communication, but it is also in Earth’s radio shadow, which means it will be free of interference from all the artificial signals emanating from our home planet. While the planned landing zone is in almost constant sunlight, which will be important for gathering solar energy, it is also near craters that are never in sunlight, which could hold the potential for ice mining in the future.

If successful, the mission will establish a permanent research outpost that can feed us valuable data for decades to come. In advance of the larger observation platform, the companies are planning a probe launch in 2015, which will carry a small telescope to test software and hardware in the lunar environment. In addition to the benefits of testing the equipment, Moon Express also hopes to capture the Google Lunar X-Prize (and the $20 million winnings that come with it).

The company’s website calls the moon “Earth’s eighth continent,” and these initial missions will yield “proof of concept of a low-cost, routine lunar landing.” The mission will cost about $100 million. That may seem expensive by Earth standards, but costs balloon outside the atmosphere. Considering the lofty goals of landing and indefinitely operating the research outpost, $100 million is fairly cheap. By way of comparison, NASA will soon launch its Lunar Atmosphere and Dust Environment Explorer (LADEE), which will only orbit the moon. LADEE will cost $263 million, and after 100 days in orbit, the craft will crash-land on the lunar surface, ending any future scientific benefit.

Even though NASA landed the Apollo astronauts on the moon nearly half a century ago, today, accessing the moon’s many resources (research data, minerals and water) requires a more cost-effective approach than what was seen during the Apollo era. We have to crawl before we can walk, and for Moon Express, step one is to land the observation technology and scout the area. The lessons learned will allow the company to become more cost efficient while planning ever-more ambitious programs, ultimately creating an expansive commercial and scientific lunar hub. For Steve Durst, the founder and director of ILOA, the long-term goal is to allow human settlement on the moon.

This lunar mission is part of a larger trend—called New Space—of private companies picking up where government space programs have left off. Last year, SpaceX made history as the first private company to send a craft to the International Space Station (ISS). In the absence of the hugely expensive Space Shuttle Program, SpaceX offers a critical and (relatively) low-cost service ferrying goods to the ISS. It will also eventually carry astronauts. The world’s first space tourist Dennis Tito announced earlier this year that he will fund a two-person mission to Mars in 2018. The Martian fly-by would beat NASA to the chase by several years at least. The Moon Express/ILOA effort is another example of how the private sector can bring cost-effective planning and investment to bear on ambitious space projects.

For New Space, one reason the private sector is such a critical catalyst for continuing exploration is because it can maintain a consistent mission. Earlier this year, John Higginbotham, the chairman and CEO of Blue Ridge Networks, spoke at a U.S. Chamber of Commerce Foundation Business Horizon Series program, describing why changing government priorities make it difficult to accomplish any grand space effort and how that frustrates private sector participation.  (Read a summary of the #BHSSpace program here) Higginbotham said that ten years ago the government mission was to visit Mars; five years ago the mission was to the moon; more recently, the mission has been to approach an asteroid.

“That’s absurd,” said Higginbotham. “Every time you release a new study, you change the mission? Nuts. To go to the moon is a 20-year proposition at this point. So if we’re three administrations in and we turn the spigot off, we’re [the private sector] screwed.”

This kind of mission attention deficit leaves the private sector cautious about investing in government-led space programs. Privately driven space missions, however, are free from changing political winds, inconsistent funding and the range of governmental factors that can drastically alter space programs. NASA and other government agencies will always be important partners in space exploration, but the kind of initiative, private investment, and efficient spending seen in the Moon Express/ILOA mission is what is needed to reinvigorate and continue driving 21st Century efforts in space.