U.S. Chamber of Commerce Foundation / The Robots Are Coming: The Revolution Has Begun

The Robots Are Coming: The Revolution Has Begun 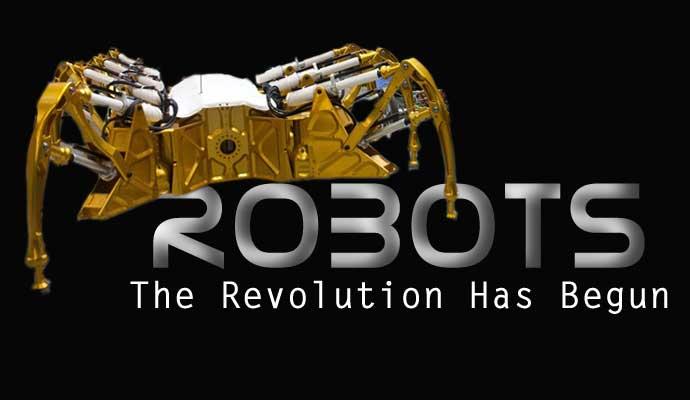 This is part 1 of a multi-part series looking at the impact of robotics on the American economy.

Robots have long been the stuff of EPCOT fantasy.  We’ve dreamed of humanoid machines capable of lifting humanity to new heights, or crushing us under the weight of their cold logic.

Today I can say that the robots have arrived and they are nothing like we have imagined.  That means that we must re-think the implications that these intelligent machines will have on the economy and job creation.

Tyler Cowen, an economist at George Mason, dropped a bombshell a few years back.  With a tightly written argument, Cowen convincingly made the case that America was mired in a “great stagnation” with few ways out.  Ever since then, economists of all stripes have debated the degree to which innovation has slowed in America and how much of it is permanent.  Perhaps the Information Revolution really is just a pale shadow of the earlier Industrial Revolution. Robert Gordon’s recent essay piled on to this argument, rightfully scoffing at the notion that our little smartphones are evidence of innovation that’s more transformative than, say, the advent of indoor plumbing, electricity, or the automobile.

But late last year, the “anti-stagnationists” fought back.  In a flurry of blog posts, you could see that they had found the one piece of technology that held the potential to prove Cowen utterly and completely wrong.  It was something so profound that you could argue that Gordon’s account of the Information Revolution had only just begun.  Here’s how Kevin Drum put it:

“Gordon may be right about all these things, but he rather left out the most important future innovation of all: artificial intelligence. You simply can’t write about the future of innovation without talking about that.”

That’s right: robots.  Paul Krugman added that, in his opinion, “The IT revolution has only begun to have its impact.”

Part Three: "The Robots Are Coming – Smart Machines and GDP"