Shattering Glass: From the Playing Field to the C-Suite

From the Playing Field to the C-Suite.jpg 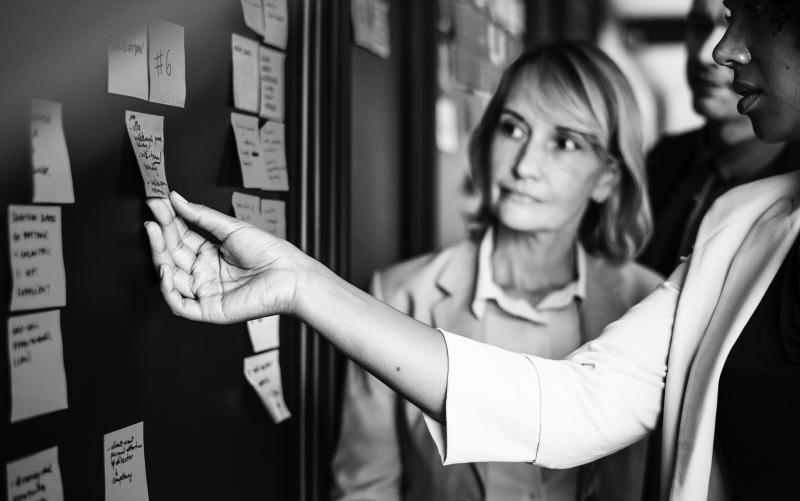 Over four and one-half decades ago, the world heard the sound of glass breaking when the President of the United States signed into law Title IX of the Education Amendments of 1972 prohibiting discrimination against women in federally funded education, including athletics and sports programs.

While its implementation has not erased gender disparity or escaped criticism, the landmark civil rights measure has been a tremendous triumph for women and the nation. By 2016, Title IX had contributed to a 500% increase in the number of women playing college sports and a nearly 1,000% increase in the number participating at the high school level. According to the National Federation of State High School Associations (NFSHA) the 2016-2017 school year registered “the largest one-year increase in girls participation in 16 years… [reaching] an all-time high of 3,400,297 females.”

The enormous benefits of Title IX and its ethos extend far beyond the playing fields. Studies abound on the connection between sports participation, physical activity, and the ability of women to lead healthy, strong, and fulfilling lives. Among the connections is mounting evidence that sports participation is helping prepare more and more women – currently 47% of the U.S. labor force – to succeed in business, entrepreneurship, and commerce.

“Whether in the boardroom or running a start-up, women whose formative years were impacted by sports participation are uniquely suited for success in the workplace,” according to Laura Gentile, Senior Vice President, espnW & ESPN Women’s Initiatives. The statistics back her up.

The evidence is overwhelming. One study found that 80% of women identified as key leaders in Fortune 500 companies played organized sports in their youth, while nearly 96% of women holding C-suite positions did so. Most of the executives point to sports participation earlier in life as elemental to their business achievement.[i]

Former female athletes now run some of the world’s most successful companies.

Moreover, gender barriers are being broken in the sports and fitness industry itself, as women occupy executive positions at such disparate organizations as Nike, Equinox holdings, Major League Baseball, and International Speedway. “Not only do the majority of senior women executives have sports in their background, they recognize that the behaviors and techniques learned through sports are critical to motivating teams and improving performance in a corporate environment,” Beth Brooke-Marciniak, Global Vice Chair, Public Policy, for Ernst & Young (EY) said. According to the Peterson Institute, women who were athletes earn 7% more than those who were not.

WHY DO FEMALE ATHLETES WIN AT BUSINESS?

Last year, EY, teaming with espnW, identified some of the qualities that women acquire in youth sports that significantly contribute to their business success. The list includes confidence, single-mindedness, passion, leadership, and resilience. Sports also nurture certain behaviors that are essential for success in the business world, including the capacity to set daily goals, prioritize time, choose the right coaches, take risks, stay cool and focused under pressure, overcome challenges in a dynamic environment, learn from success and failure, and compete within a rules system.

Other studies find that among the attributes that germinate on the playing field and bear fruit in the executive suite are love of competition, commitment to excellence, a strong sense of teamwork, goal-orientation, pride, drive, determination, discipline, good sportsmanship, and accountability. These attributes are accompanied by essential skills such as the ability to motivate, communicate, adapt, solve problems, sacrifice, focus on details and create new ways to achieve objectives.

“I can remember achieving a lot in sports just with the sheer tenacity that I will win and I'll overcome it. I'm on the smaller side, so people said to me, ‘You can't play tennis,” Stacey Allaster, chief executive of USTA Pro Tennis, told The New York Times in 2011. “So anybody can say that to me, but I'll just prove them wrong. I've always found a way, whatever the challenge is.”

Former Ironman champion Nicole DeBoom, founder and chief executive of activewear company Skirt Sports, says there are five reasons employers are eager to hire athletes: “They (athletes) understand how to set goals and craft a plan to reach their goals. They understand the power of teamwork — everyone’s roles are important to the greater purpose. They know how to suffer, and they don’t complain!”

Gail Boudreaux, president and chief executive officer of Anthem Inc., played on Dartmouth’s basketball and track teams. “What I learned from that team,” she says, “is how important it is to get people into the right role, make sure they understand their role as it relates to the team and then support them so they complement their teammates. It’s the same in business…”

SOME CAUSE FOR CONCERN

Notwithstanding the significant gains for women across society and in the boardroom fostered by Title IX, concerning trends are in evidence. Edwin Moses, a champion sprinter, notes that by age 14, girls drop out of sports at twice the rate of boys due to factors such as “social stigma, lack of access, safety and transportation issues, cost, and lack of positive role models.”

There are clear generational differences, with Millennials (those born from 1980-1999) much more likely to play sports and exercise than members of Generation Z (those born after 2000). Of particular concern is that children from lower income brackets, who already face the highest barriers, are far more likely to be physically inactive and less likely to have access to organized athletics, including travel teams, than their wealthier peers.

The consequences of youth inactivity are not just physical. Fitter children show improved brain functions including learning ability, long-term memory, self-regulation, and goal setting. They also performed better on standardized math and reading tests, according to a 2013 Hechinger report that looked at the performance of 12,000 students in Nebraska.

THE BENEFITS OF EMPOWERING FEMALE ATHLETES

America can’t afford to ignore these warning signs. The challenges posed by the competitive global economy and the shrinking number of U.S. workers for every retiree, amplifies the obligation to maximize the nation’s full human capital. Doing so requires society to empower its youth, regardless of gender, not only in the classroom but also out on the playing fields where critical life skills are developed.

Achieving this objective requires a holistic approach, one that includes:

Finally, let’s lead the world by example in empowering girls and women through sports, so we can all reap the benefits. The statement of purpose for US Global Sports Mentoring Initiative notes: “When women and girls can walk on the playing field, they are more likely to step into the classroom, the boardroom, and step out as leaders in society.” According to McKinsey, achieving gender equality and empowerment internationally could add up to $12 trillion to global GDP. This will underpin greater global stability and create better trading partners vital to U.S. security and prosperity in the decades ahead.

“Courage, sacrifice, determination, commitment, toughness, heart, talent, guts. That’s what little girls are made of; the heck with sugar and spice,” says Bethany Hamilton, a professional surfer who lost her arm to a shark at the age of 13.