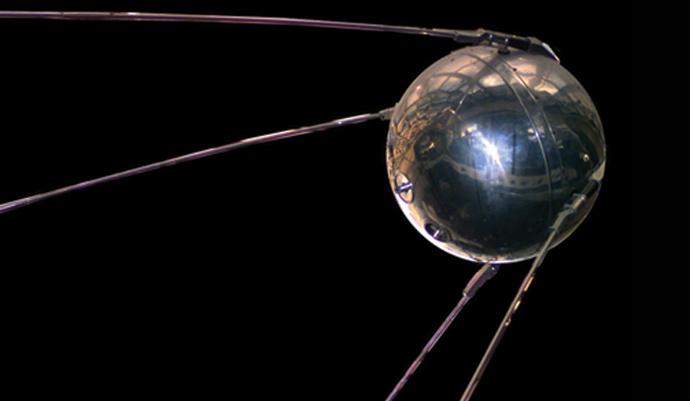 Fifty-six years ago today, on October 4, 1957, the Soviet Union launched Sputnik I into low-earth orbit, making it the first man-made Earth satellite. America, meanwhile, was launched into a state of intense self-reflection regarding its own technological prowess, or lack thereof. The American Vanguard TV3’s fiery explosion two seconds after liftoff on December 6, 1957 exacerbated the sense of alarm.

It was in this context that economist Richard Nelson wrote what is still one of the best expositions on the role of basic research in the economy. The 1959 paper is aptly titled, “The Simple Economics of Basic Scientific Research,” and begins: “Recently, orbiting evidence of un-American technological competition has focused attention on the role played by scientific research in our political economy.”

Basic scientific research can be distinguished from applied R&D by its characteristic lack of direct application.

The value of applied R&D is well documented, with a recent Econometrica paper by Nicholas Bloom, Mark Shankerman, and John Van Reenen suggesting that R&D as a whole is two to four times as valuable to society as it is to the entity that conducted the research.

And innovation more broadly is well recognized to be a main driver of growth, for it allows limited resources to be combined in more productive ways. (I refer you to my colleague Bret Swanson’s work for a reminder of the central importance of economic growth to national wellbeing.)

Further, specific innovations can be linked to astounding welfare improvements. The benefit of reducing cancer mortality by 1%, for example, has been estimated to be worth about $500 billion in present value, according to research by Kevin Murphy and Robert Topel. They note that, “a ‘war on cancer’ that would spend an additional $100 billion on cancer research and treatment would be worthwhile if it has a one in five chance of reducing mortality by 1% and a four in five chance of doing nothing at all.”

So why, in 1959, might Nelson have been concerned about basic research rather than applied R&D?

First, the value of basic research should not be underestimated. Basic research forms the backbone for many applied innovations, and ought to be considered a fount of growth.

Secondly, basic research is harder to incentivize than applied research or applied innovations and less likely to be adequately provided by market forces. Whereas inventions can be rewarded with temporary monopolies through the patent system, no such system would be practicable or wise in the area of basic research.

Nelson recognized a further problem plaguing the provision of basic research. In applied R&D, firms ensure that the research will be applicable to the firm’s area of business. But with basic research, even if a commercial application is derived, it is oftentimes difficult to predict in which field this application will be relevant. Further, a research finding that has applications in one field will have applications in many others. He noted that, “it is for this reason that firms which support research toward the basic-science end of the spectrum are firms that have fingers in many pies.”

Just last month, Akcigit, Hanley, and Serrano-Velarde, in a NBER working paper, tested Nelson’s hypothesis with data on French firms. Much as Nelson had predicted, they find that basic research intensity—as measured by the ratio of basic research spending to total firm investment in applied research—is significantly associated with the number of industries in which a firm operates. Each additional industry of operation, according to their results, increases a firm’s basic research intensity by 3 percentage points on average.

This finding indicates large cross-industry spillovers to basic research, and confirms that many firms have little incentive to undertake basic research because they do not expect to be able to capture any benefits.

It should be noted here that basic research does not just precede application; often practical applications inspire the relevant scientific research. For example, scientists are perpetually questioning why some drugs work. The theoretical action of a pharmaceutical is often explained by science only after the medicine has been used regularly in treatment. In this sense, applications can provide the empirical observations by which scientific theory may be judged or inspired.

Also it should be recognized that, while basic research has no direct applications by definition, it is often strategically minded and focused in areas where practical applications are expected.

Nelson recognized both of these points regarding how application can drive basic research in a 2006 retrospective paper. Also, difficult-to-quantify institutions, particularly universities, play a large role.

Complex interactions between institutions and issues regarding the effectiveness of government funding versus private funding make recommendations in this area difficult, and I will not delve into these issues here except for one comment. Likely basic research is underfunded.

At the governmental level, if more money is not available for research broadly, taxpayers would likely be better off if some funds available to applied R&D were transferred to basic research.  But with the federal budget unrepaired and the shutdown dragging on, basic research should also be considered an essential national priority for charitable corporations and individuals.